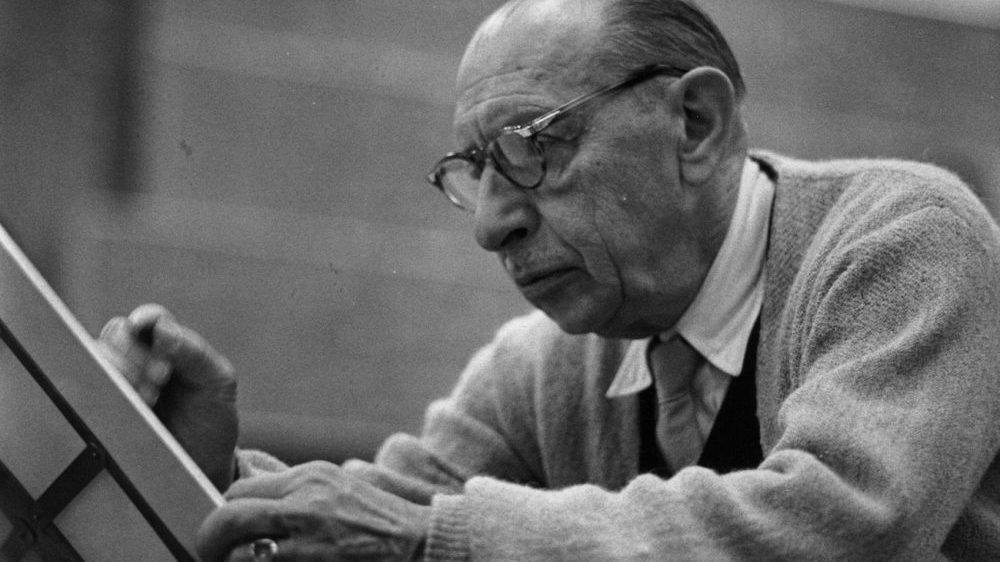 Stravinsky described his Ode as an “elegiacal chant.” The first movement, Eulogy, begins with a solemn announcement in the brass, answered by quietly stealthy pizzicati in the strings. Soon, the woodwinds join the conversation. The movement kicks into gear with a beautifully expansive melody which rises in fugal counterpoint over a constant, purring rhythmic motor. This music has all of the trappings of the Baroque concerto grosso dressed in twentieth century garb.

The second movement, Eclogue, is a rollicking scherzo, originally written to accompany a hunting scene in Orson Welles’ film adaptation of Jane Eyre. After initial interest in the project, Stravinsky was unable to work with the Hollywood studio, and the 1943 film’s score was written by Bernard Herrmann. This music leaves behind the dreamy contemplation of the Eulogy‘s final measures to embrace life, youthful adventure, and the abundance of nature. Hunting horn fanfares mix with a host of frolicking, comic voices which rise above a perpetual, quirky ostinato. As the music progresses, listen to the way the melody teeters on its predictable rhythmic motor. 6/8 time hits a few metric potholes in the form of unexpected 9/8 potholes. In the final measures, the motor sputters to an erratic halt.

In the first measures of the final movement, Epitaph, you may hear echoes of  The Rite of Spring in the primordial tones of the oboes and bassoon. Here, we drift off into a serene, mystical space. The music is built on the tonal relationships of the triad, yet we float from one key area to another with dreamy fluidity.

In Stravinsky: The Composer and his Works, Eric Walter White tells the amusing story of Ode‘s disastrous premiere:

One of the trumpet players failed to transpose his part, and so played all his notes in the wrong key; and two systems of score on the last page had been mistakenly copied as one. As Stravinsky wryly commented some time afterward, “They were played in that way too, and my simple triadic piece concluded in a cacophony that would now win me new esteem at Darmstadt. This sudden change in harmonic style did not excite Koussevitzky’s suspicion, however, and some years later he actually confided to me that he preferred ‘the original version’.”