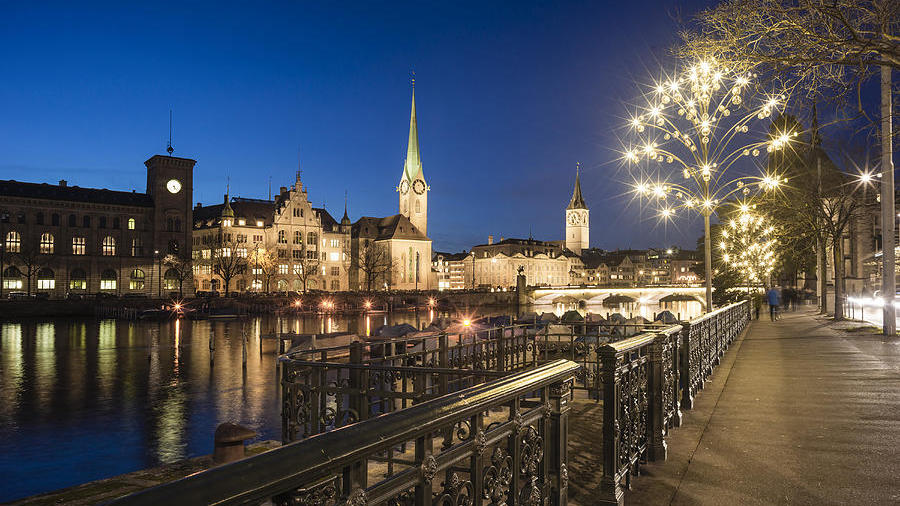 Today’s post is in honor of the German-American musicologist Karl Haas, whose nationally syndicated radio show, Adventures in Good Music, aired from 1970 to 2007. Haas’ Christmas episode, The Story of the Bells, documented the distinct sounds of church bells throughout Europe, from the mighty cacophony of Zurich, to the pastoral serenity of the Alpine village of Arosa, to the highly ordered change ringing of Westminster Abbey.

Here are the bells of St. Peter Church in Zurich, Switzerland. Entering individually, they combine to form a vibrant, meditative sound, rich in overtones:

Since 1858, the Clock Tower at the Palace of Westminster (commonly known as “Big Ben”) has marked fifteen minute intervals with a melody known as Westminster Quarters. It’s made up of four pitches (G-sharp, F-sharp, E, and B) which occur in various combinations.

This melody formed the inspiration for Carillon de Westminster, a dazzling fantasy for organ written in 1927 by the French composer Louis Vierne. Slightly altering the Westminster Quarters melody at times, Vierne’s fantasy begins with a sense of hushed anticipation and grows into a mighty, celebratory climax. Here is Olivier Latry’s performance using the Grand Organ at Notre Dame Cathedral in Paris, the same instrument on which Vierne premiered the piece in November, 1929.

The Bells by English Renaissance composer, William Byrd, was written sometime before 1600. The bass line evokes the simple, hypnotic tolling bells of a small church in the English countryside. Here is Trevor Pinnock’s performance:

From The Listeners’ Club Archive