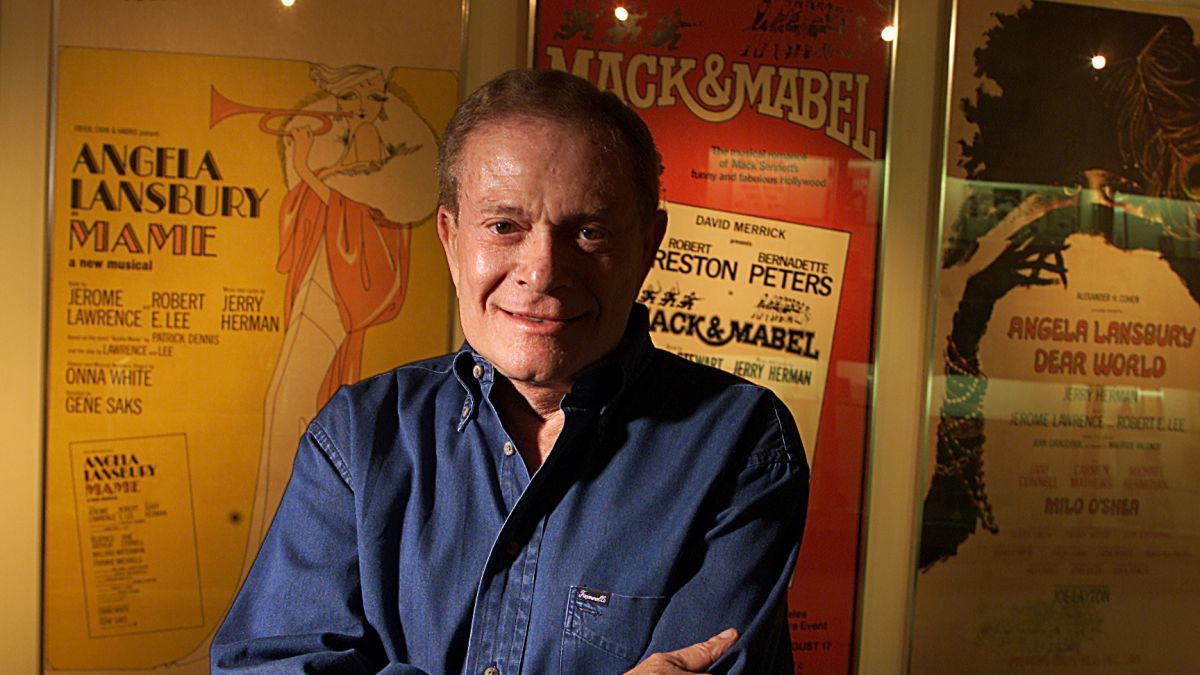 The legendary Broadway composer and lyricist Jerry Herman passed away last Thursday at the age of 88. With hit musicals such as Hello, Dolly! (1964), Mame (1966), and La Cage aux Folles (1983), Herman was the exponent of popular and tuneful shows which continued the tradition of an earlier era. He was an unabashed defender of melody. In the 1960s, Alan Jay Lerner (the lyricist of My Fair Lady) called Herman “the Irving Berlin of this generation.” In an interview in Al Kasha and Joel Hirschhorn’s Notes on Broadway: Conversations with the Great Songwriters, Herman said,

“Open a New Window,” from the first act of Mame, is an example of one of Jerry Herman’s infectious melodies. It unfolds as a jubilant march filled with bold and carefree ascending scales and sudden, delightful harmonic twists:

Mame, the story of a 10-year-old boy who, after the death of his father, goes to live with his free-wheeling aunt, explodes with the star power of Angela Lansbury. (The earlier play on which it is based featured Rosalind Russell). It also comes to life with the kind of spectacular, jazzy “big band” pit orchestra which is nearly extinct today. To get a sense of this, listen to the virtuoso, screaming lead trumpet playing in the dazzling, ever-modulating chorus number which precedes “Open a New Window.” Here is “It’s Today”:

Jerry Herman’s songs also ventured into more introspective territory, as in the melancholy “And I Was Beautiful” from Dear World, a show which closed after 132 performances in 1969. It’s a melody which develops in tentative upward steps while remaining anchored on a “home” pitch. Here, again is Angela Lansbury: