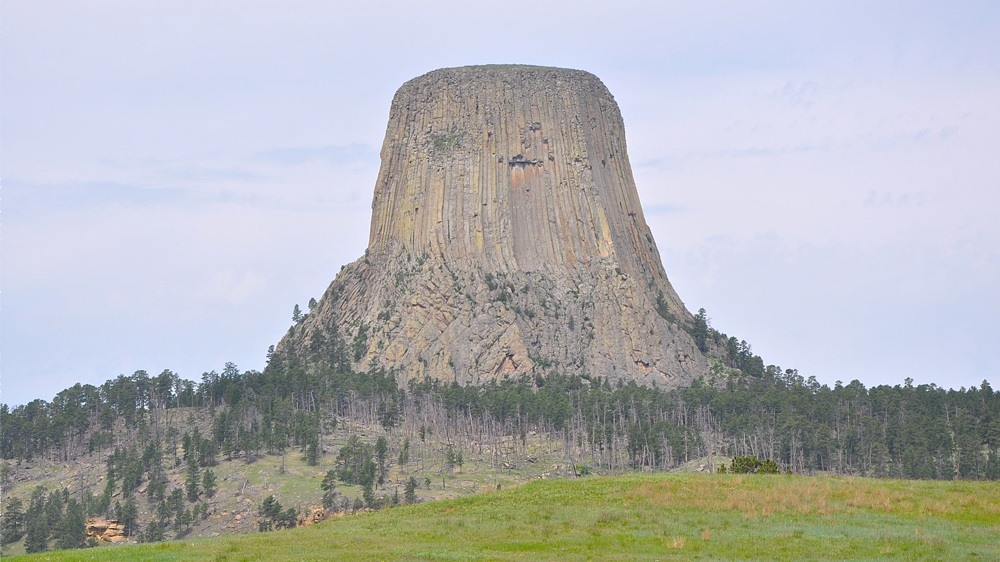 John Williams’ haunting, ethereal score is integral to the drama of Steven Spielberg’s 1977 science fiction film, Close Encounters of the Third Kind. In fact, much of the score was written before filming began. In a reversal of the normal process, Spielberg set parts of the film to Williams’ music.

The film blends mystery, terror, and childlike wonder. One of its dominant themes involves the human need to connect and find deeper meaning. It is the music which elevates Close Encounters to the land of metaphor. Atonality (the unknown) and tonality (the familiar and reassuring) are set as striking polarities. Among the score’s motifs are intimations of the Dies irae and the classic song, “When You Wish Upon A Star,” from Disney’s 1940 film, Pinocchio.

Music is central to the film’s plot. It is through mathematically informed lights, colors, and musical pitches (joined with the hand signals of the Kodály method) that humanity is able to communicate with the extraterrestrial visitors. Spielberg described the score’s iconic five-note “Communication Motif” as “a doorbell.” John Williams points out that the motif is left hanging on the fifth note, as if waiting for a response.

In preparation for a concert by the New York Philharmonic, the composer wrote,

Over the years, Close Encounters of the Third Kind has remained one of my favorite Steven Spielberg films. With its depiction of the long-awaited visit of the radiant and loving extraterrestrials, the fascinating premonitions of the little boy, and the five-note musical motif used to communicate with our other-worldly guests, the film offered a rich and unusual canvas on which to present the music.

John Williams’ symphonic suite, recorded by conductor Charles Gerhardt and the National Philharmonic Orchestra (a London-based freelance studio group Gerhardt assembled in 1964), is based on the original soundtrack’s final minutes. It functions as a virtual tone poem—something akin to the symphonic poems of Richard Strauss.

There are echoes of Strauss’ 1896 Also sprach Zarathustra in the deep, rumbling string tremolo and contrabassoon of the opening. Later, there is a distant allusion to Death and Transfiguration, a work Williams would quote even more directly a year later in the 1978 score for Superman. In the music of late Mahler and Strauss, we often get a sense of harmonic struggle, as if the music is in a constant battle to preserve an evaporating tonal center. Something similar takes places here. Near the end of the piece, quotes of the opening of “When You Wish Upon a Star” soar with the passion and aspiration of Strauss’ most searing climaxes.

You will hear other twentieth century musical references, from the micropolyphony of György Ligeti, to the celestial choirs of Ravel’s Daphnis et Chloé, to the furious, demonic dances of Bartók’s The Miraculous Mandarin, to the sweeping Romanticism of Erich Korngold. In its final bars, Williams’ cinematic tone poem drifts upwards into the sonic heavens, and we are left with the “Communication Motif,” fading away as an eternal cosmic dialogue.

Just as Strauss’ tone poems transcend their dramatic programs, this music seems to stand on its own, independent of its associations as film music: