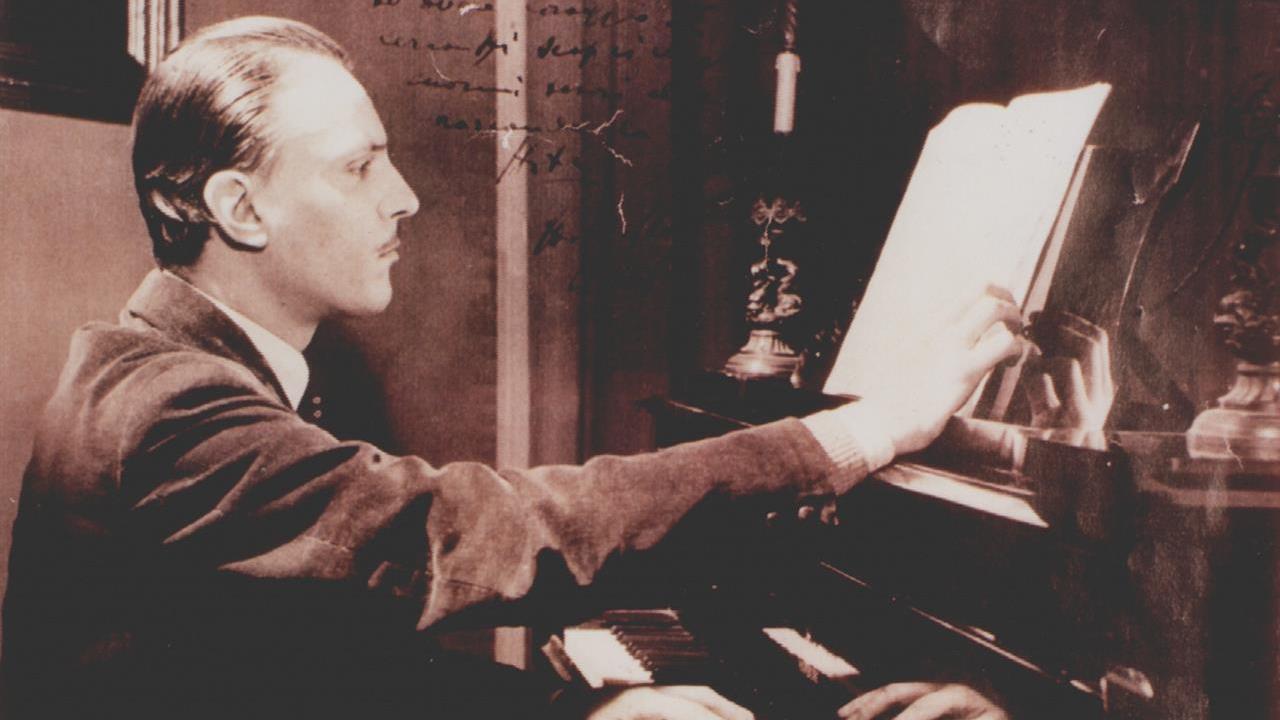 Last Sunday marked the 100th anniversary of the birth of the Italian pianist, Arturo Benedetti Michelangeli (1920-1995).

Michelangeli has been called “one of the most enigmatic performers of the twentieth century.” A noted perfectionist, his concert repertoire was considered to be small, and he agreed to the release of relatively few recordings during his lifetime. He practiced eight to ten hours a day, telling students, “One has to work to feel your arms and back ache all over. Music is a right for those who deserve it.” He also said,

It is not a profession to be a pianist and musician. It is a philosophy, a conception of life that cannot be based on good intentions or natural talent. First and foremost there must be a spirit of sacrifice.

Mysterious and reclusive, he was known to cancel concert appearances if conditions were not perfect. He was a consummate servant of the music. “Applause goes to Beethoven, to Chopin, to Debussy, not to me. I hate when applause is addressed to the pianist,” he once said. Following a performance, he said to his wife, “You see, so much applause, so much public. Then, in half an hour, you feel alone more than before.”

A powerful musicianship and supreme technical command are apparent in Michelangeli’s recordings. Here are five examples:

A live recording with Carlo Maria Giulini and the Vienna Philharmonic: