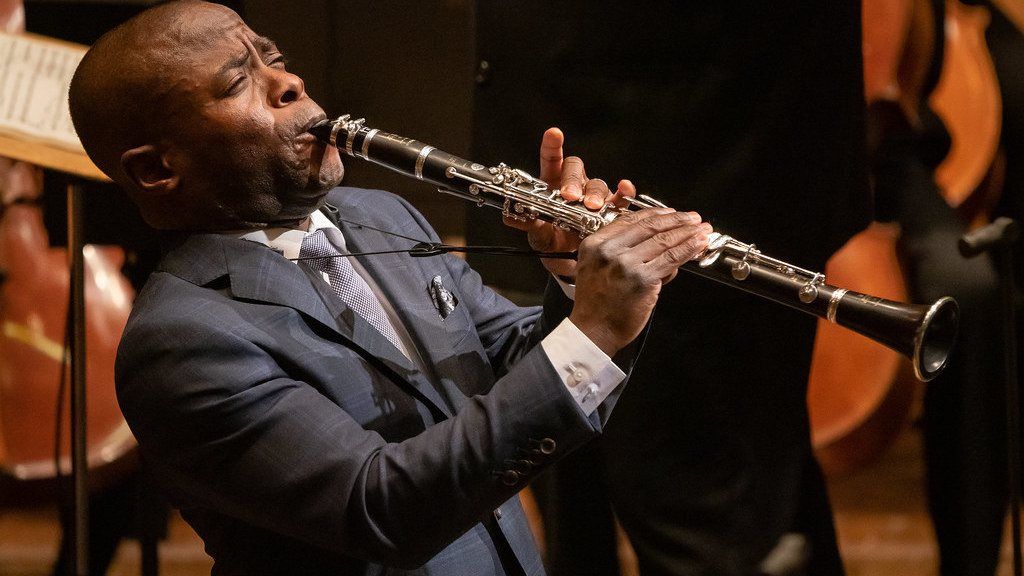 This past weekend’s Richmond Symphony program included Mozart’s Clarinet Concerto, performed by Anthony McGill. It was a thrill and an honor to share the stage with such a sublime musician. One of my colleagues in the orchestra remarked aptly that McGill’s playing is so natural that it seems as if the instrument is an extension of his body. Listening to Anthony McGill, you are drawn in by the singing quality of the sound, which in the Mozart Concerto’s second movement emerged occasionally just above silence. Currently, McGill is principal clarinet of the New York Philharmonic. (He is the orchestra’s first African-American principal player). Previously, he served as principal clarinet of the Metropolitan Opera Orchestra. In 2009, he joined Itzhak Perlman and Yo-Yo Ma in a nationally televised performance at President Obama’s inauguration.

This concert recording of Aaron Copland’s Clarinet Concerto, featuring McGill with Jaap van Zweden and the New York Philharmonic, was released last May. The Concerto was commissioned in 1947 by the jazz clarinetist, Benny Goodman. It is set in two movements, linked by a cadenza. The first movement (Slowly and expressively) is a dreamy waltz. The clarinet and strings enter into a sensuous and lamenting conversation which fades away into hazy, pandiatonic harmony which might remind you of the opening of Appalachian Spring. The second movement (Rather fast) is a wild and exuberant dance, filled with mixed meters and swinging, jazzy turns.

In the aria Parto, Parto, Ma Tu Ben Mio from Mozart’s last opera, La clemenza di Tito (“The Clemency of Titus”), the mezzo-soprano enters into an extended dialogue with the solo clarinet. In this 2006 clip, recorded during his tenure with the Metropolitan Opera Orchestra, Anthony McGill talks about this moment in the opera. Here is the complete aria with Susan Graham: