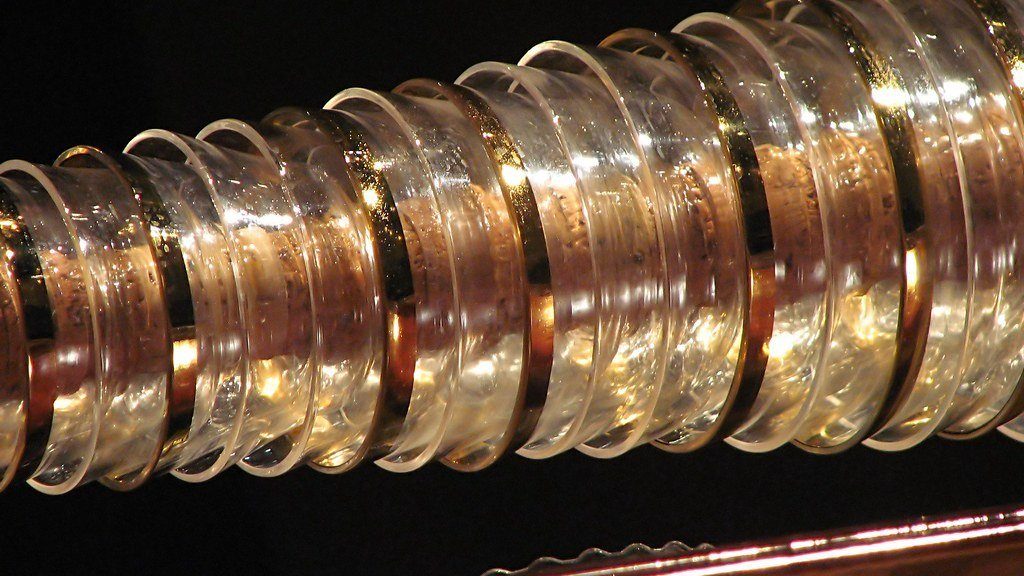 Among Franklin’s inventions is the glass armonica (now better known as the glass harmonica). While visiting Cambridge, England in 1761, he was fascinated with the “celestial” tones Edmund Delaval produced by rubbing a wet finger around the rim of wine glasses filled with varying quantities of water. It’s a practice that has been documented as far back as the Renaissance. Working with a London glassblower, Charles James, Franklin developed a greatly improved instrument by “affixing glass bowls of graduated sizes concentrically around a horizontal metal spindle and rotating the apparatus with a crank attached to a treadle.” Benjamin Franklin wrote to an Italian friend,

The advantages of this instrument are, that its tones are incomparably sweet beyond those of any other; that they may be swelled and softened at pleasure by stronger or weaker pressures of the finger, and continued to any length; and that the instrument, being well tuned, never again wants tuning. In honour of your musical language, I have borrowed from it the name of this instrument, calling it the Armonica.

In 1791, the last year of his life, Mozart wrote a piece for the German armonica player, Marianne Kirchgässner (1769–1808). The musicologist Alfred Einstein called Mozart’s Adagio and Rondo for glass harmonica, flute, oboe, viola and cello in C minor, K. 617, “one of his heavenly works, an instrumental counterpart to the Ave Verum (K.618, composed less than a month later), with an unearthly beauty.”

Listen to the way this haunting, ethereal voice converses with the other instruments:

[The harmonica] excessively stimulates the nerves, plunges the player into a nagging depression and hence into a dark and melancholy mood, that is an apt method for slow self-annihilation.

An episode from the final season of Mister Rogers‘ Neighborhood with Colonial Williamsburg-based Dean Shostak features a fascinating and moving demonstration of the glass armonica:

1 thought on “Mozart and the Glass Armonica”