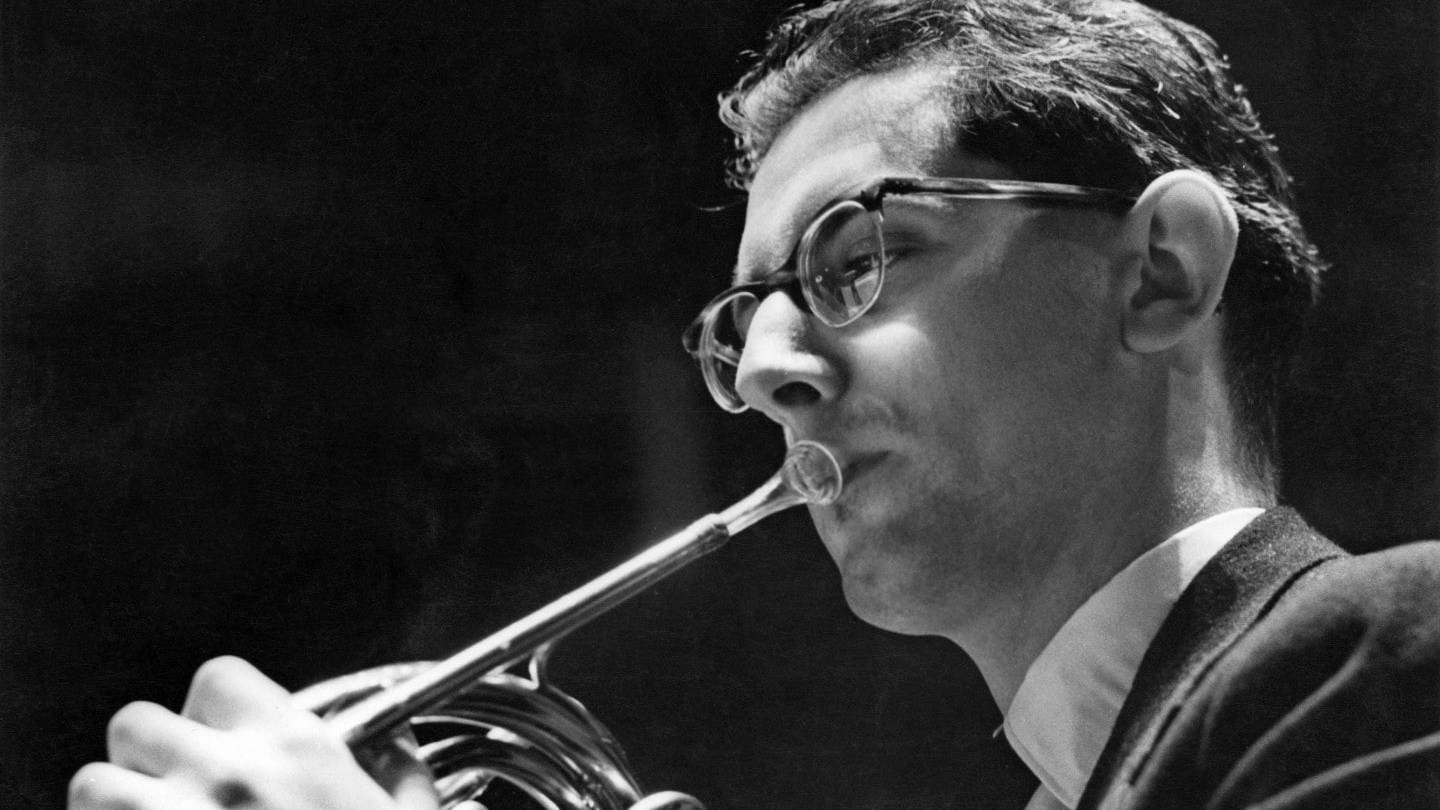 Barry Tuckwell, the renowned Australian horn player, passed away last week. He was 88.

In 1968, Tuckwell left orchestra playing to focus on a solo career. He commissioned numerous works for the horn repertoire by composers including Gunther Schuller, Oliver Knussen, Richard Rodney Bennett, Thea Musgrave, and Ian Hamilton. Later, he was active as a conductor (founding the Maryland Symphony Orchestra in 1982) and teacher.

Here is Barry Tuckwell’s 1972 recording of Mozart’s Horn Concerto No. 4 in E-Flat Major, K. 495 with Sir Neville Marriner and the Academy of St. Martin in the Fields. Mozart described this piece as “Ein Waldhorn Konzert für den Leutgeb,” or “a hunting horn concerto for Leutgeb. (It was written for Austria’s preeminent horn player, Joseph Leutgeb.) The second movement (Romance) unfolds as a serene, operatic aria, while the final movement is filled with the adventure of the hunt.

Here is an excerpt from Benjamin Britten’s Serenade for tenor, horn and strings, Op.31. Tuckwell joins Sir Peter Pears on this 1964 recording with the London Symphony Orchestra. The haunting “Elegy” is a setting of William Blake’s The Sick Rose. As the music drifts through a nightmarish soundscape, the horn is a voice of searing lament. Listen to the way the underlying “throbbing” rhythm in the strings and wandering bass pizzicato evoke an unsettling sense of detachment and alienation.