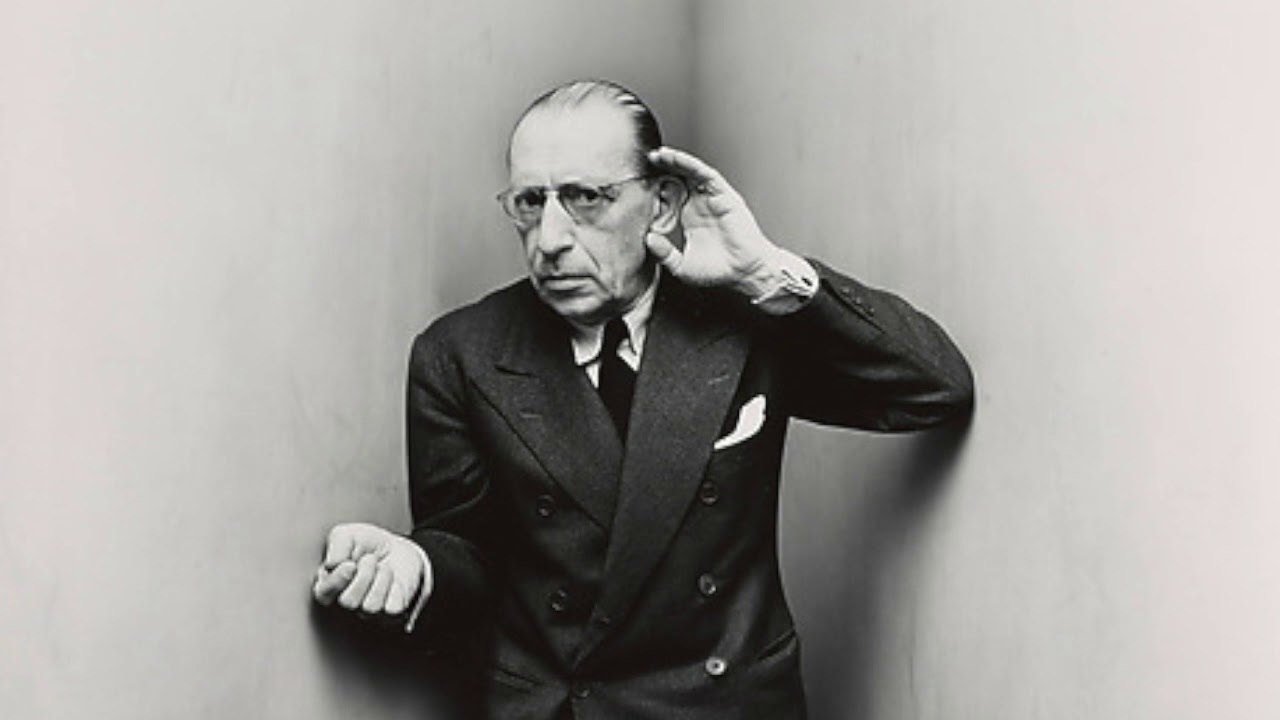 In 1893, while attending a performance at St. Petersburg’s Mariinsky Theatre, the 11-year-old Igor Stravinsky caught a fleeting glimpse of Tchaikovsky. The occasion was the 50th anniversary production of Glinka’s opera, Ruslan and Ludmila, in which Stravinsky’s father, Fyodor, an acclaimed bass, was singing. Tchaikovsky would die two weeks later.

I looked and saw a man with white hair, large shoulders, a corpulent back, and this image has remained in the retina of my memory all my life.

In many ways, Stravinsky’s conception of music seems far removed from the lush romanticism and soaring drama of Tchaikovsky. It’s often ironic, austere, and chillingly neoclassical. It is of the twentieth century rather than the nineteenth.

Yet, in Stravinsky’s 1928 ballet score for The Fairy’s Kiss (Le Baiser de la fée), the spirit of Tchaikovsky emerges as a powerful presence. Marking the 35th anniversary of Tchaikovsky’s death, the score became a loving, “compatriotic homage.” It grew out of bits and pieces of Tchaikovsky’s early piano music and songs—all works that had never been orchestrated. Later, Stravinsky claimed that he could no longer remember which parts of the score were Tchaikovsky’s and which parts were his own. As the composer David Bruce points out in this article, “Melodies and fragments from the Tchaikovsky pieces are almost always just a starting point.”

For Stravinsky, the story of the one-act ballet, choreographed by Bronislava Nijinska, and based on Hans Christian Andersen’s The Ice Maiden,

Stravinsky condensed parts of the full score into a Divertimento made up of four movements: I. Sinfonia, II. Danses suisses, III. Scherzo, IV. Pas de deux. Here is Fritz Reiner’s 1958 recording with the Chicago Symphony Orchestra. Beyond the melodic fragments, listen to the way Tchaikovsky’s distinct orchestration and vocabulary haunt this music as a persistent ghost:

Here is the serene and ethereal music which accompanies the ballet’s final scene and epilogue: Berceuse of the Eternal Dwellings. Strands of Tchaikovsky’s song, Lullaby in a Storm, Op. 54, No. 10 drift through a dreamy, hypnotic soundscape. A motif from the song opens the score and the Divertimento.

Now, let’s return to Tchaikovsky’s music in its original form. Here are three pieces which are quoted prominently in The Fairy’s Kiss. Perhaps there is a side to Tchaikovsky which is more classical than we might imagine. Consider the grace and elegance of the ballet music, and the fact that Tchaikovsky was obsessed with the music of Mozart. Ten seconds into the Humoresque in G Major, we hear voicing that sounds as if it could have stepped out of one of the ostinato passages of Stravinsky’s Petrushka. Here is a recording by Sviatoslav Riсhter:

In the final minutes of the Pas de deux, a quote of Tchaikovsky’s song, None But The Lonely Heart, Op.6 emerges in a strangely comic disguise. It almost sounds like a circus march. Here is the melancholy original song, performed by the Russian mezzo-soprano, Olga Borodina, and pianist Larissa Gergieva. The underlying rhythm in the piano and the rising melodic line with the falling, chromatic bass line might remind you of the beautiful Nocturne from Alexander Borodin’s Second String Quartet.

Here is Tchaikovsky’s song, Lullaby in a Storm, from a 1955 recording featuring the Russian tenor, Sergej Lemešev. The text depicts the voice of a mother shielding her child from a storm:

1 thought on ““The Fairy’s Kiss”: Stravinsky’s Musical Homage to Tchaikovsky”