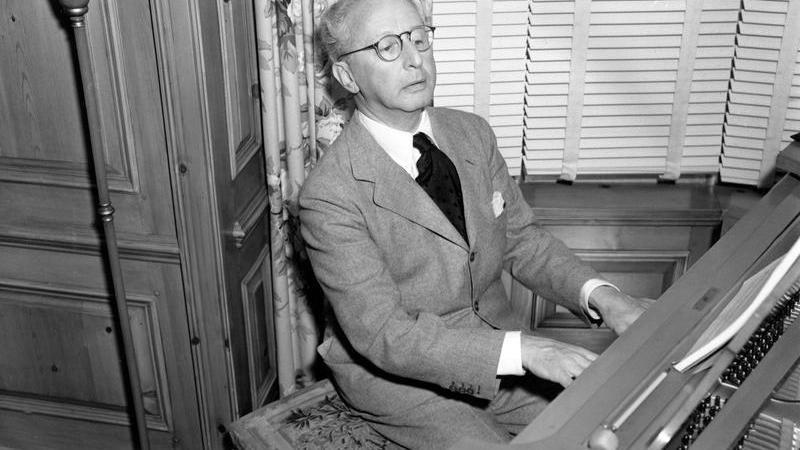 Jerome Kern, one of the greatest composers of the American musical theater, was born on this date 135 years ago on January 27, 1885.

Kern wrote over 700 songs, including Ol’ Man River and Can’t Help Lovin’ Dat Man, (lyrics by Oscar Hammerstein II) from the landmark 1927 musical, Show Boat, Long Ago (And Far Away) (lyrics by Ira Gershwin), A Fine Romance (lyrics by Dorothy Fields), and Smoke Gets in Your Eyes (lyrics by Otto Harbach). According to those who heard him at work at the piano, Kern’s compositional process often involved a process of elimination: He would select the “correct” note only after trying all of the other possible choices.

One of Jerome Kern’s most extraordinary melodies is All the Things Your Are, written for a 1939 musical called Very Warm for May, with lyrics by Hammerstein. The song exhibits an incredible harmonic sophistication, working its way around the circle of fifths through of series of modulations. In an interview on Marian McPartland’s Piano Jazz, Stephen Sondheim offered a fascinating analysis of All the Things You Are, which he says, “may be the only song in which the tonic (the first scale degree which provides the tonal center) is never stated until the last chord.”

2 thoughts on “Jerome Kern’s “All the Things You Are”: A Celebration of Modulation”