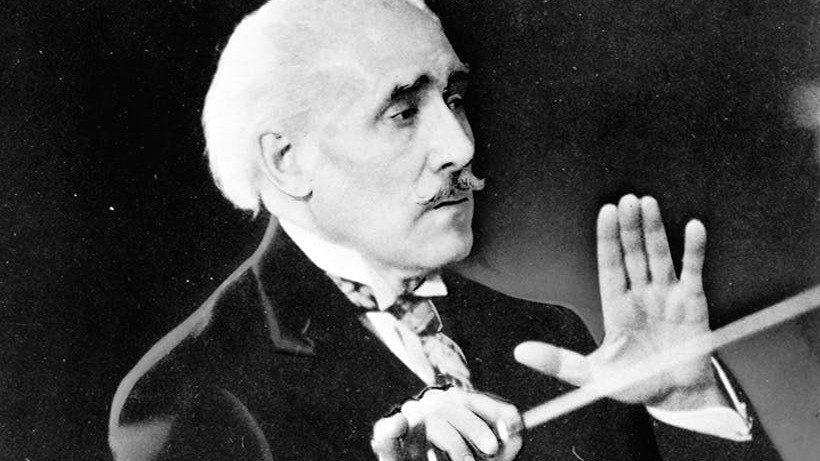 Today marks the anniversary of the first performance of Giuseppe Verdi’s Otello, which premiered at Milan’s La Scala on February 5, 1887.

The four-act opera, based on Shakespeare’s tragedy, drew Verdi out of a lengthy retirement. For years, the composer had been reluctant to write anything new following the success of Aida in 1871. In so doing, he followed the model of Rossini, who at the age of 37 never wrote another opera after William Tell. The mythic story of racial prejudice, isolation, jealousy, and ultimate self-destruction, set to one of opera’s greatest librettos (by Arrigo Boito), inspired some of Verdi’s most powerful and dramatic music. The orchestral and vocal lines are intricately interwoven in a way that rivals the symphonic sophistication of Wagner.

On the night of the opera’s triumphant premiere, Verdi was forced to take 20 curtain calls. Down in the orchestra pit, the young Arturo Toscanini experienced Otello‘s premiere as the second cellist of the La Scala Orchestra of Milan, with Verdi conducting. As David Patmore writes in his liner notes,

During the rehearsals Verdi had leaned over to him and asked him ‘to play louder’ in the passage for four cellos at the end of the first act. Seven years later, and now successfully launched on a career as a conductor, Toscanini gave Otello at Pisa in 1894, and following his appointment as conductor at La Scala in 1898, presented it once again to the Milanese audience as one of the opening productions of his second season, the other being Wagner’s Siegfried. His working methods at this time are vividly described by none other than Wagner’s widow, Cosima, writing to Toscanini following her son Siegfried’s visit to hear him conduct Tristan und Isolde in Milan in 1901: ‘My son stressed the meticulous zeal which you brought to the orchestral preparations and the excellent result obtained by this zeal, along with your ability as conductor. He also told me that the singers knew their rôles perfectly and delivered them with passion and enthusiasm.’

Toscanini’s 1947 radio broadcast of Otello with the NBC Symphony Orchestra remains one of the opera’s most legendary recordings. Performed sixty years after the premiere, it features the Chilean tenor Ramón Vinay in the title role. The Italian-American soprano, Herva Nelli, is cast as Desdemona, and the baritone Giuseppe Valdengo performs Iago. Toscanini biographer Joseph Horowitz describes this recording as “the one that comes closest to recapturing Toscanini’s revolutionary impact in the pit.”

In the soaring duet which closes Act II, Sì, pel ciel marmoreo giuro  (“Yes, by the marble heavens I swear”), Otello swears vengeance on Desdemona and Cassio. He is joined in his vow by Iago. As the curtain comes down, we are swept into a terrifying whirlwind of maniacal fervor.

The haunting Dio! mi potevi scagliar is from the third act of Otello. The jealous Otello is losing his grip on reality, believing that Desdemona has been unfaithful with Cassio. Following her exit from the room, he is left alone to ask God, “Why have you afflicted me in this manner?” Following a long chromatic descent into Hell, we hear an obsessively repeated string motive as Otello enters into dark contemplation:

In Act IV, Desdemona offers a tender prayer to the Virgin Mary in the moments before Otello enters her bedroom to take her life. In the aria’s final moments, as she drifts off into sleep, listen to the softly shimmering, angelic sheen of the strings, evaporating into the highest registers: