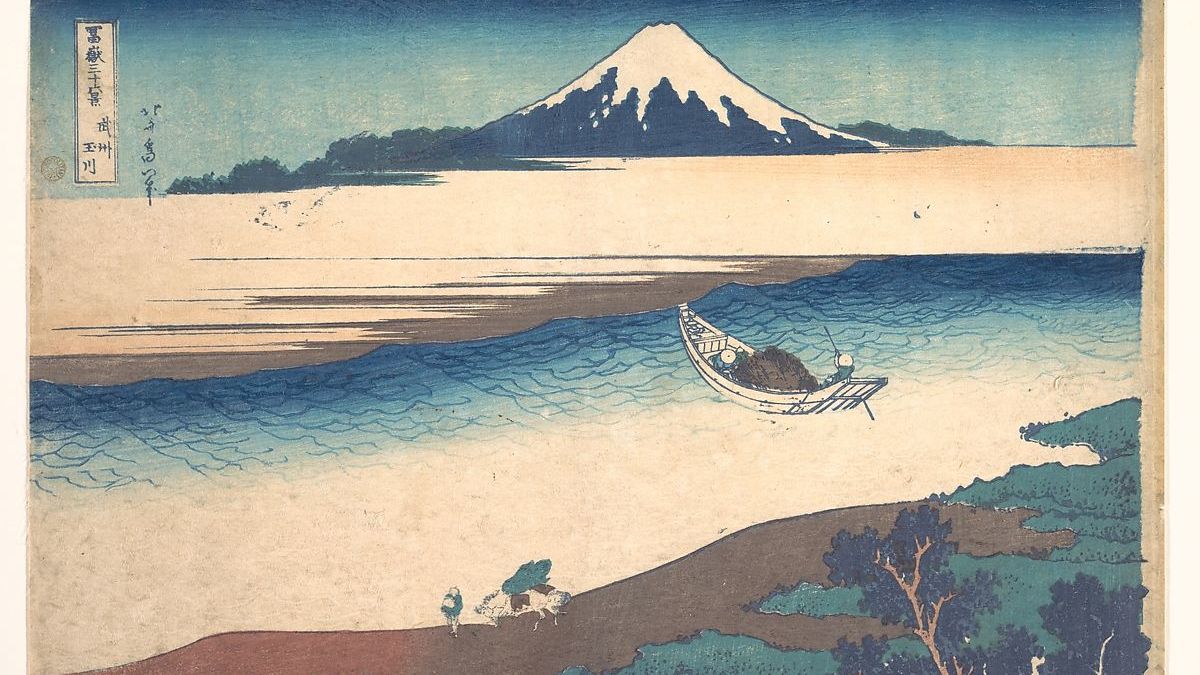 Fragments of Debussy’s La Mer emerge and evaporate throughout Quotation of Dream (1991) by the Japanese composer, Tōru Takemitsu (1930-1996). The piece, which the composer described as “schizo-eclectic,” is a virtual concerto for two pianos and orchestra. The subtitle, Say sea, take me!, is a reference to a poem by Emily Dickinson.

La Mer‘s motifs run through the DNA of this shimmering, post-impressionist work. The haunting and mysterious piano chords in the beginning return in the last bars, giving us the sense that we have been floating through a beautiful but fleeting dream. Alex Ross writes,

Listening again, I realized that it is hard to say much about this music other than that it is uncommonly beautiful. Its processes remain mysterious, despite the best efforts of analysts and explicators. It almost shies away from the listener as it transpires, longing to return to the silence whence it came.

Quotation of Dream was written for Paul Crossley and Peter Serkin. Here is their recording with the London Sinfonietta, conducted by Oliver Knussen:

A single strum of the strings or even one pluck is too complex, too complete in itself to admit any theory. Between this complex sound—so strong that it can stand alone—and that point of intense silence preceding it, called ma, there is a metaphysical continuity that defies analysis.

In its complexity and integrity this single sound can stand alone. To the Japanese listener who appreciates this refined sound, the unique idea of ma—the unsounded part of this experience—has at the same time a deep, powerful, and rich resonance that can stand up to the sound.

…the Japanese sound ideal: sound, in its ultimate expressiveness, being constantly refined, approaches the nothingness of that wind in the bamboo grove.