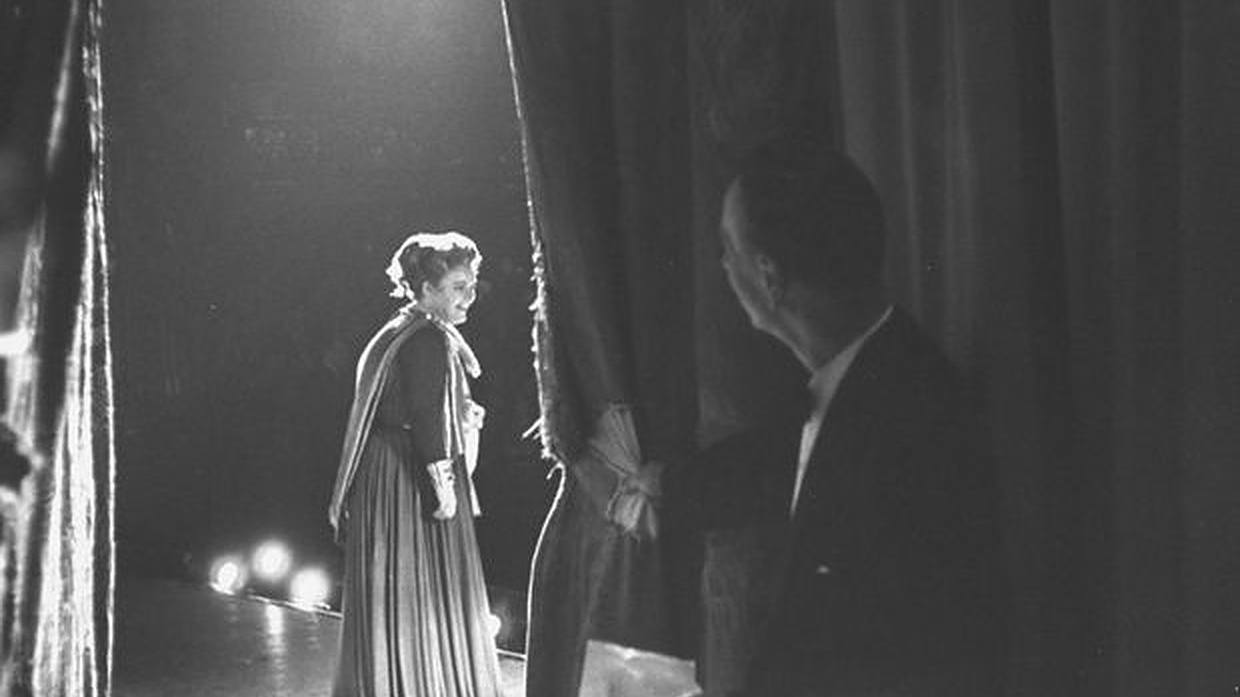 Thursday marks the centennial of the birth of the legendary American soprano, Eileen Farrell (1920-2002).

Hailed as possessing “one of the largest and most radiant operatic voices of the 20th century,” Farrell was a remarkably versatile artist. In a career spanning nearly 60 years, she was equally at home in the world of opera, jazz, and popular music. She hated categories, and in an interview during the final years of her life, she laughed at the contemporary label of “crossover artist.”

Her career began in 1940 with a weekly half-hour CBS radio program called Eileen Farrell Sings. In this rehearsal clip from a December 22, 1947 broadcast, we hear the 27-year-old Farrell. In the late 1940s, she toured the United States performing recitals. Debuts with major opera houses followed. One American critic wrote, “Note for note her voice is perhaps the most flawless instrument as exists in the world today. Her glowing trumpet tone was a like a fiery angel claiming the millennium.” She sang a duet with Frank Sinatra on his “Trilogy” album, and stood in for an ailing Louis Armstrong, singing the blues.

Here are the final moments from Wagner’s 1859 opera, Tristan and Isolde. In this 1951 performance, Farrell is joined by the New York Philharmonic and conductor Victor de Sabata.    Throughout her career, she appeared with the orchestra 61 times.

Gershwin: But Not for Me

Eileen Farrell stressed that the drama of a song arises from the delivery of the lyrics. In this melancholy ballad from George and Ira Gershwin’s 1930 musical, Girl Crazy, this magical sense of timing is on display:

Here is the original version of Samuel Barber’s dreamy and nostalgic Knoxville: Summer of 1915, a work we explored in a previous post. Bernard Herrmann is conducting the CBS Symphony Orchestra in this performance, recorded on June 19, 1949:

Here is an excerpt from the 1961 jazz album, I Gotta Right to Sing the Blues:

In this aria from the opera’s second act, Turandot explains that any prince who wants to marry her must solve three riddles. A sense of anxiety lurks amid the quiet exoticism of the opening, foreshadowing the gruesome story ahead. The aria soars to a climax with a mix of triumph and vengeance, giving us a sense of this powerful character. Max Rudolf conducts the Columbia Symphony Orchestra in this excerpt:

7 thoughts on “The Artistry of Eileen Farrell: Five Essential Recordings”