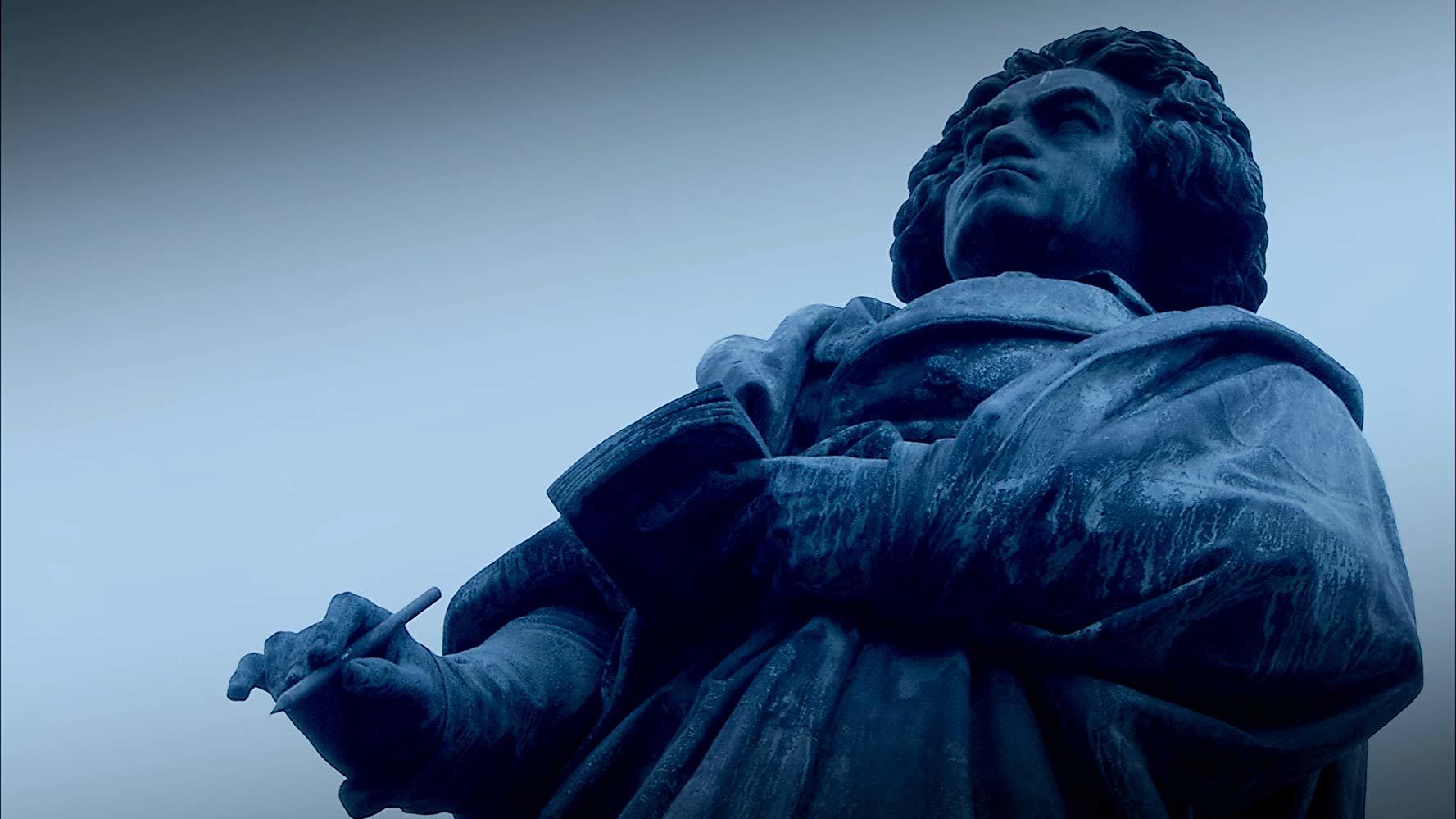 1802 was not a good year for Ludwig van Beethoven.

It was around this time that the 31-year-old Beethoven disclosed the persistent deterioration of his hearing to a childhood friend. In a letter to Franz Wegeler, a physician, he wrote of his fear and humiliation:

For almost two years I have ceased to attend any social functions, just because I find it impossible to say to people: I am deaf.

In October of 1802, Beethoven drafted the famous “Heiligenstadt Testament,” an unsent, private letter in which he reflected on his despair, admitted to thoughts of suicide, and then arrived at a life-affirming conclusion—that he would move forward and find meaning and solace in the creation of art. “From today on, I will take a new path,” Beethoven told his piano student, Carl Czerny. This “new path” ushered in Beethoven’s “heroic” middle period, opening the door to Romanticism with ferocious and revolutionary new sounds, and dramatic, expanded forms which had never before been imagined.

Heiligenstadt, now a suburb of Vienna, was a small, pastoral town where Beethoven spent six months at the recommendation of his otologist. This is where most of the Second Symphony was written. Set in the triumphant, celebratory key of D major, the Symphony occupies a world far removed from Beethoven’s personal darkness. It erupts as a force of nature, filled with spirited vitality, humor, and even frivolity. Hector Berlioz once remarked, “this Symphony is smiling throughout.”

While the Second Symphony is still set within the framework of Haydn’s classical orchestra, we can hear Beethoven’s “new path” taking shape, with intimations of the earth-shattering “Eroica” (Symphony No. 3). The expansive introduction (Adagio molto) which opens the first movement gives us a sense of the symphonic form stretching in powerful and dramatic new ways. The introduction’s thirty-three measures begin with a musical “call to order.” Then, amid an array of conversing voices, the music seems to search, as if unsure of the way forward. As tension mounts, disparate elements gradually come together, and a majestic and momentous structure emerges. In the final bars of this introduction, you may be reminded of the massive sonic “pillars” which open Beethoven’s Seventh Symphony. There is also an uncanny foreshadowing of the falling fourth motif we hear in the first climax of the Ninth Symphony’s introduction.

The first movement’s Allegro con brio erupts as a spirited, irrepressible force. It knocks us off our feet with an overwhelming energy unique to Beethoven. As this wild musical rollercoaster ride unfolds, listen to all of those swirling lines, sudden ferocious jabs, and defiant statements which seem to overturn the elegant, well-balanced table of classicism. This is music which rumbles and growls, pulling us through a series of modulations in the development section, and then arriving at a coda which amazingly pushes the limit even further (Listen to the passage beginning at 10:40). The final bars seem to place Bach counterpoint in the middle of a boisterous celebration.

The second movement (Larghetto) begins with a beautiful, flowing melody, unfolding as a quietly passionate dialogue between the strings and woodwinds. Listen to the way this initial statement develops into an increasingly complex conversation between instrumental voices. A series of far-flung adventures take this melody in unexpected directions. Throughout the Second Symphony, there are moments of sudden volatility where the classical orchestra seems to be pushing beyond its limits. One example comes at the moment’s climax, beginning around 16:08, where a motivic fragment takes on a life of its own, repeating persistently and rising as a defiant statement.

The third movement discards the minuet-trio model of Haydn. Instead, we get a full-fledged Scherzo, filled with wild frivolity. Here, the orchestral voices are engaged in boisterous play. The jokes continue in the exuberant final movement (Allegro molto), which begins with a musical “hiccup.” In the final moments, listen carefully for the most extreme practical joke of all. The strings draw us into a mysterious, shivering, hushed tremolo, and then the other voices jump out, as if to yell, “boo!”

“Two worlds at once they view, Who stand upon the confines of the new,” wrote the musicologist George Grove in a couplet describing Beethoven’s Second Symphony. Indeed, this is music which glances backwards while looking forwards. Although soon eclipsed by the “Eroica,” the Second Symphony was considered a long and bewildering work when it was premiered at the Theater an der Wien in Vienna on 5 April 1803. The program included Beethoven’s Third Piano Concerto and the oratorio, Christ on the Mount of Olives, along with a repeat performance of the First Symphony.

Excerpts from two reviews give us a sense of how shocking this music was for the first audiences. One reviewer wrote,

It is a noteworthy, colossal work, of a depth, power, and artistic knowledge like very few. It has a level of difficulty, both from the point of view of the composer and in regard to its performance by a large orchestra (which it certainly demands), quite certainly unlike any symphony that has ever been made known. It demands to be played again and yet again by even the most accomplished orchestra, until the astonishing number of original and sometimes very strangely arranged ideas becomes closely enough connected, rounded out, and emerges like a great unity, just as the composer had in mind.

Following a second performance in 1804, a Viennese critic for the Zeitung fuer die elegante Welt (Newspaper for the Elegant World) famously called the piece

a crass monster, a hideously writhing, wounded dragon that refuses to die and, though bleeding in the finale, furiously thrashes about with its stiffened tail.