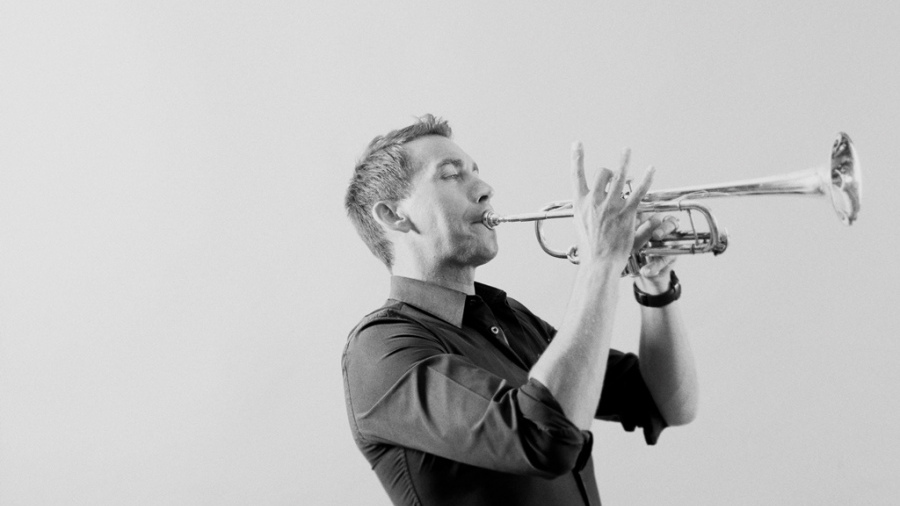 Paul Merkelo’s new album, The Enlightened Trumpet, features the Trumpet Concertos of Haydn, Telemann, Leopold Mozart, and Hummel. The album showcases the technological development of the instrument during the Age of Enlightenment, with the introduction of the keyed trumpet. Unlike the earlier, valveless natural trumpet, the keyed trumpet could play all of the notes of the chromatic scale. This allowed the trumpet to come into its own as a solo instrument.

Merkelo is joined on this recording by the Oxford Philharmonic Orchestra and conductor Marios Papadopoulos. In this clip, Merkelo shows the three instruments he used on the recording. He provides additional background on the project in this interview with Virginia Public Media’s Mike Goldberg.

Franz Joseph Haydn’s Trumpet Concerto in E-flat Major was written in 1796 for Anton Weidinger, the Austrian trumpet virtuoso who was influential in the development of the keyed trumpet. Haydn, who was at work on his oratorio The Creation at the time, may have been attempting to lure Weidinger away from his post at the Vienna Court Orchestra to the Esterházy Orchestra. Haydn’s Concerto floats freely into the middle and lower registers of the trumpet, exuberantly exploiting the instrument’s new capabilities. The final movement is a joyful celebration of this newfound freedom, with the development section featuring a tour de force of modulation.