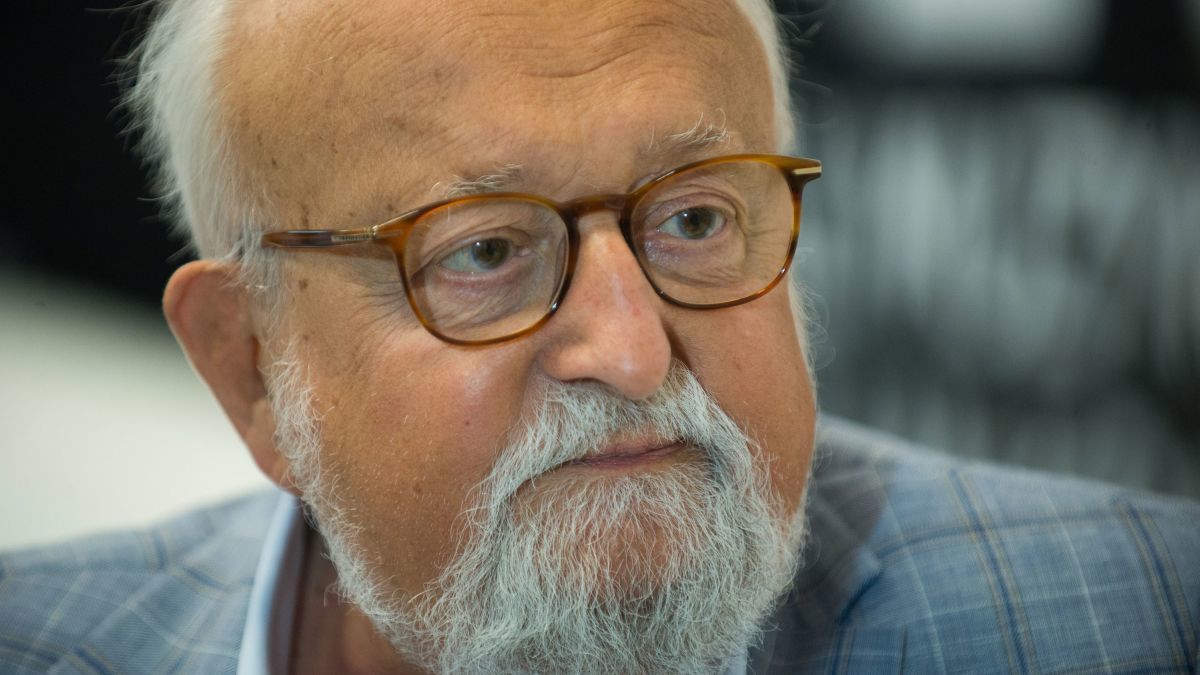 The Polish composer and conductor Krzysztof Penderecki passed away Sunday following what his wife, Elzbieta, described as “a long and serious illness.” He was 86.

Penderecki’s early compositions grew out of the modernist tradition associated with composers such as Anton Webern, Karlheinz Stockhausen, and Pierre Boulez. Later, his style broadened. Commenting on this evolution, Penderecki said, “I was saved from the avant-garde snare of formalism by a return to tradition.” One of his most famous works is the 1960 Threnody to the Victims of Hiroshima, a piece for 52 string instruments which was originally given the simple title, 8’37”- a reference to its estimated duration, with a nod to John Cage. Many commentators have noted Penderecki’s influence on a generation of experimental rock musicians, such as Radiohead guitarist Jonny Greenwood and Aphex Twin. This is an especially interesting and surprising connection, considering the perceived gulf between avant-garde modernism and popular culture that began in the mid-twentieth century.

Penderecki’s music can be heard as an exploration of pure sound. Many of his scores are written in graphic notation, abandoning the traditional musical staff in favor of a chart-like depiction of unfolding tones in time. He once said, “All I’m interested in is liberating sound beyond all tradition.”

In pieces such as The Dream of Jacob, completed in 1974, a haunting and apocalyptic soundscape emerges. These are the terrifying, hellish sounds of the twentieth century emerging from the gloomy political oppression of the Soviet Eastern Bloc. Far-off wails, lamenting cries, shivering tremolos, and dissonant shrieks blend with a ghostly vocal tone which floats in and out like an apparition.

The Dream of Jacob is one of six Penderecki works used in the soundtrack of Stanley Kubrick’s 1980 psychological horror film, The Shining. The piece was inspired by a biblical excerpt from Genesis 28:16, “Jacob woke from his sleep and said: Truly the Lord is in this place, and I did not know it.” From Mozart to Mahler, I often encourage you to experience music as a conversation between “voices.” You can hear a similar dramatic dialogue unfolding here: