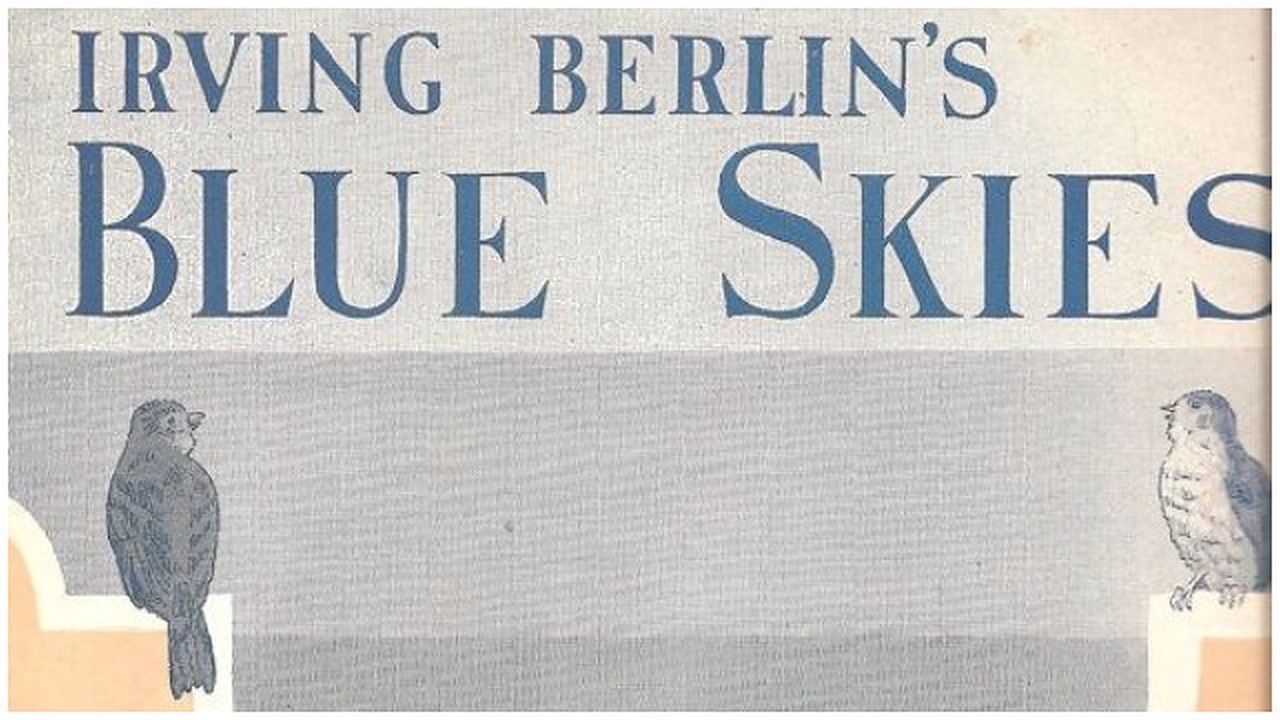 Irving Berlin’s timeless 1926 song, Blue Skies, was a last-minute addition to a Rodgers and Hart musical called Betsy, produced by Florenz Ziegfeld. The vaudeville singer and actress, Belle Baker, called up Berlin complaining that the show’s score didn’t contain a “Belle Baker song.” According to Philip Furia and Michael Lasser,

Berlin resented the interpolation of songs by other composers into the score of his shows, but he must have been delighted at the chance to work one of his songs into a score by the young songwriting team who were already being compared to Gilbert and Sullivan.

Although Betsy ran for only 39 performances, the audience on opening night demanded 24 encores of Blue Skies. During the final encore, Belle Baker forgot the lyrics and Berlin sang them from the theater’s front row. You can listen to the first recording, performed by the Arthur Fields and the Imperial Dance Orchestra on December 10, 1926.

The sunny optimism of the lyrics contrasts with a hint of melancholy in Berlin’s harmony, which begins in minor with a descending chromatic bass line before sliding, suddenly, into major. While the song is often heard as an up-tempo foxtrot, the violinist Fritz Kreisler’s arrangement occupies this more poignant territory.

The pianist Carl Lamson accompanied Kreisler on this recording, made on the morning of March 17, 1927 at the Victor Talking Machine Company’s Studio 3 in Camden, New Jersey: