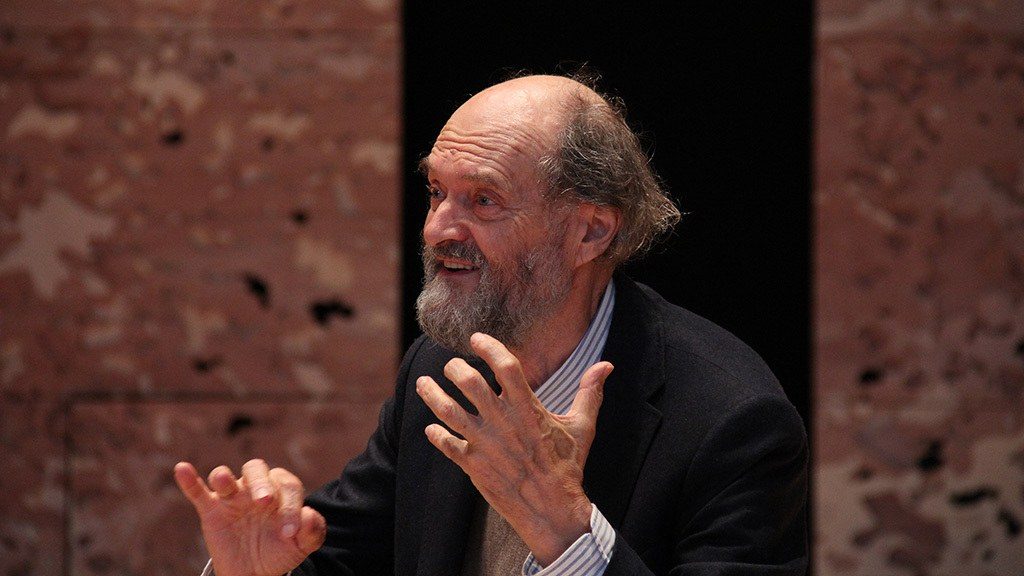 “Time has a deep meaning, but it is temporary, like our lives. Only eternity is timeless.”

Sound, silence, and time are mystical properties in the music of the Estonian composer, Arvo Pärt (b. 1935).

Pärt’s early music inhabited the complex, twelve-tone world of twentieth century modernism. Then, in the late 1960s, he entered eight years of compositional silence, creating little more than musical fragments jotted in a notebook. When Pärt began to compose again in 1976, a radically new style emerged, rooted in the contemplative mysticism of chant and early polyphony. In a technique known as Tintinnabulation, the simplicity of the triad takes on spiritual significance. We’re confronted with pure sound, as in the overtones of a bell. This simplicity, which emerges out of violent chaos in his 1968 Credo, is fundamental to Pärt’s music.

We hear all of this in Arvo Pärt’s 1990 setting of The Beatitudes, based on the text from Jesus’ Sermon on the Mount in the Book of Matthew. This is one of the first choral works in which the composer uses the English language. Mirroring the text, the music takes on the quality of a meditative recitation. As each clause moves a chromatic step higher, we get a sense of gradually rising tension. After ascending a fifth, the process reverses in the final bars, with a fluid sense of “unwinding” in the organ. The piece ends where it began.