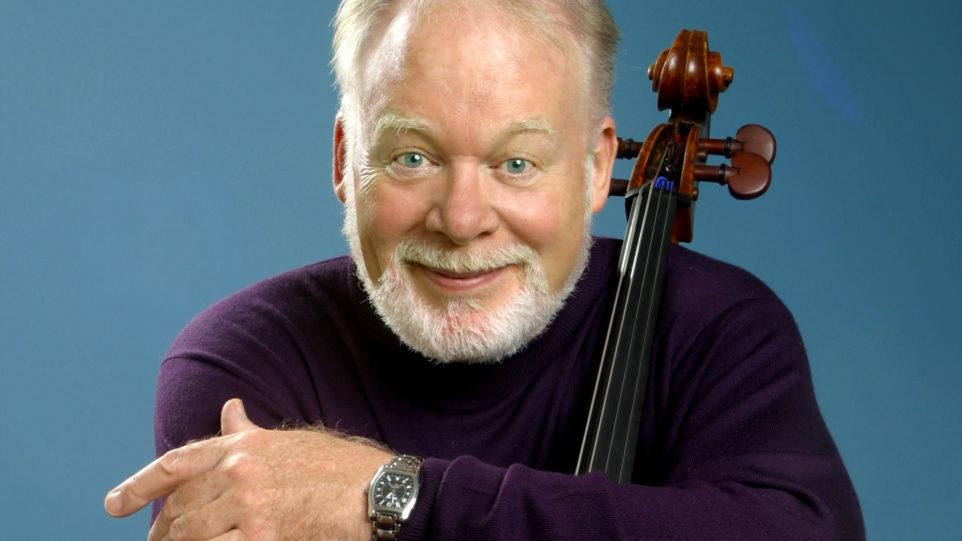 The American cellist Lynn Harrell passed away unexpectedly on Monday. He was 76.

Years ago when I was a student one summer at the Chautauqua Institution, I attended Harrell’s masterclass and recital. His down-to-earth, irreverent sense of humor, powerful, singing tone, and profound musicianship are etched in my memory.

During a career that spanned six decades, Lynn Harrell appeared regularly with the world’s top orchestras. He will be remembered also as an accomplished chamber musician and teacher. In 1964, at the age of 20, he made his debut at Carnegie Recital Hall (now Weill Recital Hall). The same year, George Szell appointed him principal cello of the Cleveland Orchestra, a position Harrell held until 1971.

In recent years, Lynn Harrell was dedicated to the HEARTbeats Foundation, a non-profit organization he founded with his wife, violinist Helen Nightengale, that “strives to help children in need harness the power of music to better cope with, and recover from, the extreme challenges of poverty and conflict.” Drew McManus, author of the blog, Adaptistration, accompanied the Harrells to Kathmandu, Nepal in 2010 as part of the Foundation’s work. He shared his memories and photos in a post published yesterday.

Lynn Harrell leaves behind more than two dozen recordings. His recording of Tchaikovsky’s A minor Piano Trio with Itzhak Perlman and Vladimir Ashkenazy was awarded a Grammy in 1981. The same group was awarded another Grammy in 1987 for an album featuring Beethoven’s piano trios.

This 1982 performance of Schumann’s Cello Concerto with Sir Neville Marriner and the Cleveland Orchestra is filled with fiery passion and soulfulness. According to his son, Harrell listened extensively to recordings of great singers. (His father, Mack Harrell, was a baritone who appeared frequently at the Metropolitan Opera). In a 1982 interview with the New York Times, Lynn Harrell compared the cello to the human voice saying, “the cello covers all vocal ranges — soprano, alto, tenor and bass.” This singing quality is evident here:

Rachmaninov: Sonata for Cello and Piano in G minor, Op. 19

Here is the opening movement from Bach’s First Cello Suite, released in 1999: