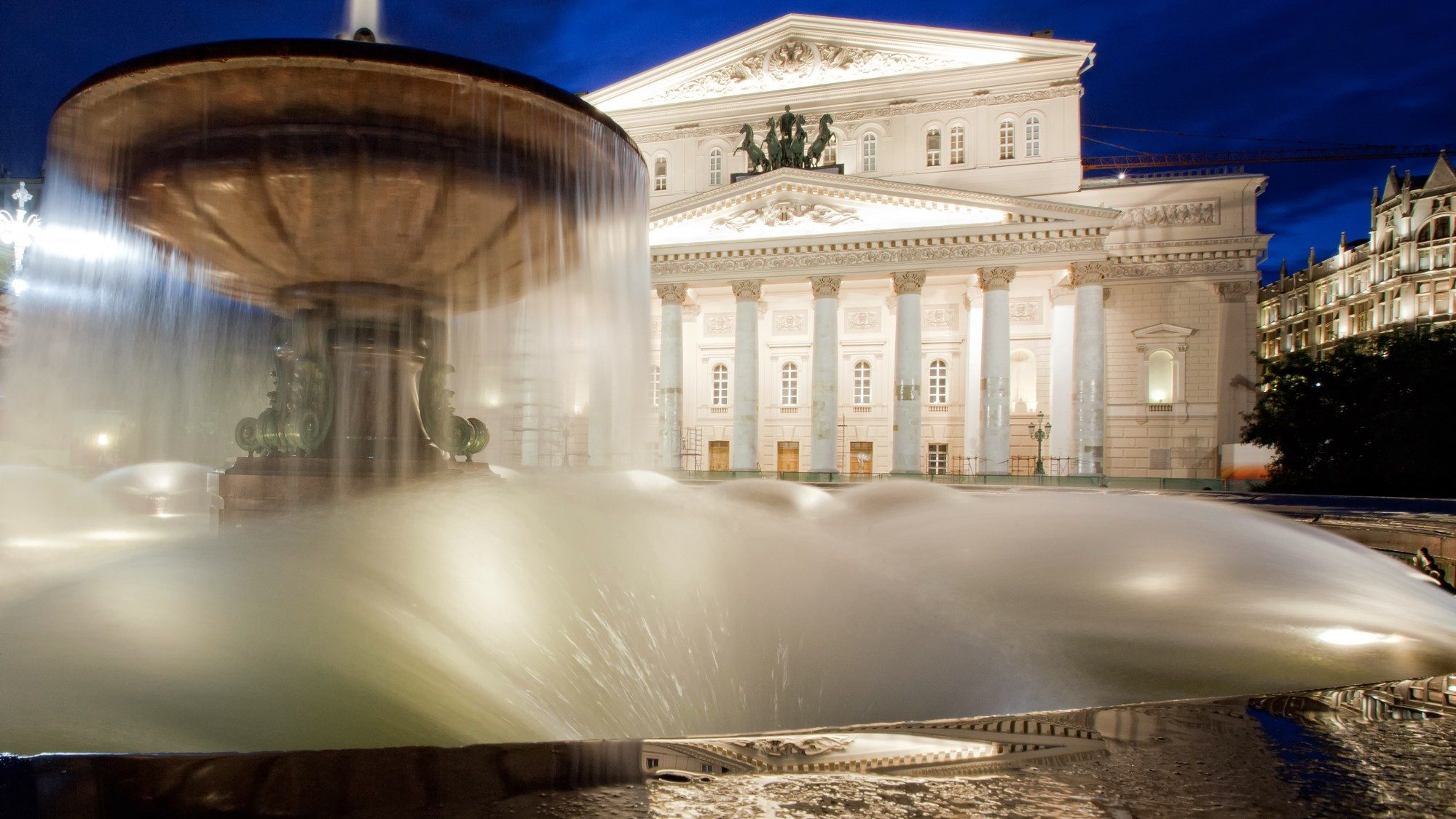 On Wednesday, we explored Dmitri Shostakovich’s Eighth Symphony, one of the most haunting and tragic works of the twentieth century. This is the kind of music we often associate with Shostakovich, a composer surrounded, for much of his life, by death, destruction, and grinding political oppression. Yet, there is a more lighthearted side to Shostakovich, perhaps most evident in the sparkling and zany 1927 orchestration of the Vincent Youmans song, Tea for Two, produced after 45 minutes of work as a result of a bet.

Festive Overture also falls into this category. It’s a virtuosic whirlwind that Shostakovich’s friend, the musicologist Lev Lebedinsky described as a “brilliant effervescent work, with its vivacious energy spilling over like uncorked champagne.” It was dashed off quickly in the autumn of 1954 for a concert at Moscow’s Bolshoi Theatre (pictured above) commemorating the 37th anniversary of the October Revolution. According to accounts, the officials panicked when they realized, days before the concert, that they didn’t have a suitable new piece to open the program. Shostakovich completed the work in a matter of hours, perhaps returning to music partially sketched in 1947.

Opening with a celebratory brass fanfare, Festive Overture soon launches into one of the most exhilarating and harrowing rides in the orchestra repertoire. It lives on the edge of danger. There is something comic about the sparks which fly from all of these sixteenth notes in the violins, and the passages in which offbeats chase after a melody on the verge of going over the edge. Harmonically, listen for those moments when the music teasingly teeters on the edge of a modulation, and then falls back. Ghosts from another Russian barn burner, Mikhail Glinka’s Overture to the 1842 opera, Ruslan and Lyudmila, lurk around every corner. A frolicking first theme is followed by a warm and expansive second theme. Then, as we near the Overture’s climax, these two themes come together (4:03) in a display of musical fireworks.

On one level, Festive Overture is a work of hastily written state propaganda that is so great, and so much fun, that it endures. Perhaps there is also a touch of Shostakovich’s sarcasm. There is something overblown and larger-than-life about the opening fanfare. Its upward modulations seem to be saying, “If you thought that was great, just wait, I’ve got something even better.” At least one commentator has noticed veiled references to music from Act III of Shostakovich’s 1934 opera, Lady Macbeth of the Mtsensk District, at a moment when a drunk peasant finds a corpse in a wine cellar. This was an opera that incurred the wrath of Stalin and his censors. The Overture’s exuberantly swirling high woodwind lines are only a step or two removed from similar shrieking passages in the Eighth Symphony. Could Shostakovich have been celebrating the death of Stalin, only a year earlier in 1953?

I will leave you to consider how much, if any, irony can be heard in Festive Overture. Here is a recent performance featuring Pablo Heras-Casado and the Frankfurt Radio Symphony:

In some ways, Shostakovich’s Festive Overture is a cartoonish homage to Glinka’s Ruslan and Lyudmila Overture. Compare Shostakovich’s ascending second theme with the sweeping melody in the violins which is first heard 15 seconds into Glinka’s Overture: