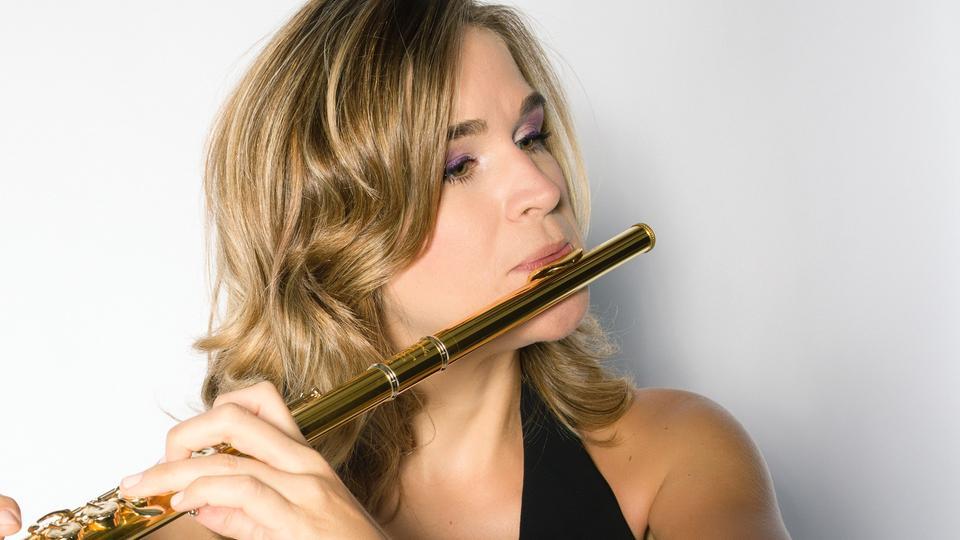 Francis Poulenc wrote his Sonate pour flûte et piano in 1957 in response to a commission from the Elizabeth Sprague Coolidge Foundation at the U.S. Library of Congress. The work is dedicated to the memory of Coolidge, one of the twentieth century’s greatest champions of chamber music.

A sense of restless melancholy pervades the first movement (Allegretto malincolico) of Poulenc’s Sonata. It opens with an expansive melody filled with delightfully unexpected twists and turns. Often, this music seems to glance back at the elegant lines of baroque and classical music. At the same time, it pays homage to a distinctly French clarity. While working on the Sonata, Pouenc wrote in a letter to his friend, Pierre Bernac,

In working on this Flute Sonata I have the feeling of going back a long way, but with a more settled technique. It’s a sonata of Debussyan dimensions. It’s the French sense of balance [la mesure française]. Finding the form for your language is the most difficult thing. It’s what Webern has in the highest degree … and what Boulez has not yet found.

The second movement (Cantilena) is serene and songlike. It has been described as “‘a great rainbow of melody.” The final movement (Presto giocoso) is an exuberant romp filled with witty neoclassical caricatures. Listen for the moment when all of the frolicking forward motion halts in a brief pause, followed by a plaintive remembrance of a theme from the first movement.

Earlier this week the Frankfurt Radio Symphony released this performance, featuring their superstar principal flutist, Clara Andrada de la Calle with pianist Maria Ollikainen. The online concert was recorded on May 25. Following the Poulenc, we hear the episodic Ballade for Flute and Piano by the Swiss composer, Frank Martin (1890-1974).