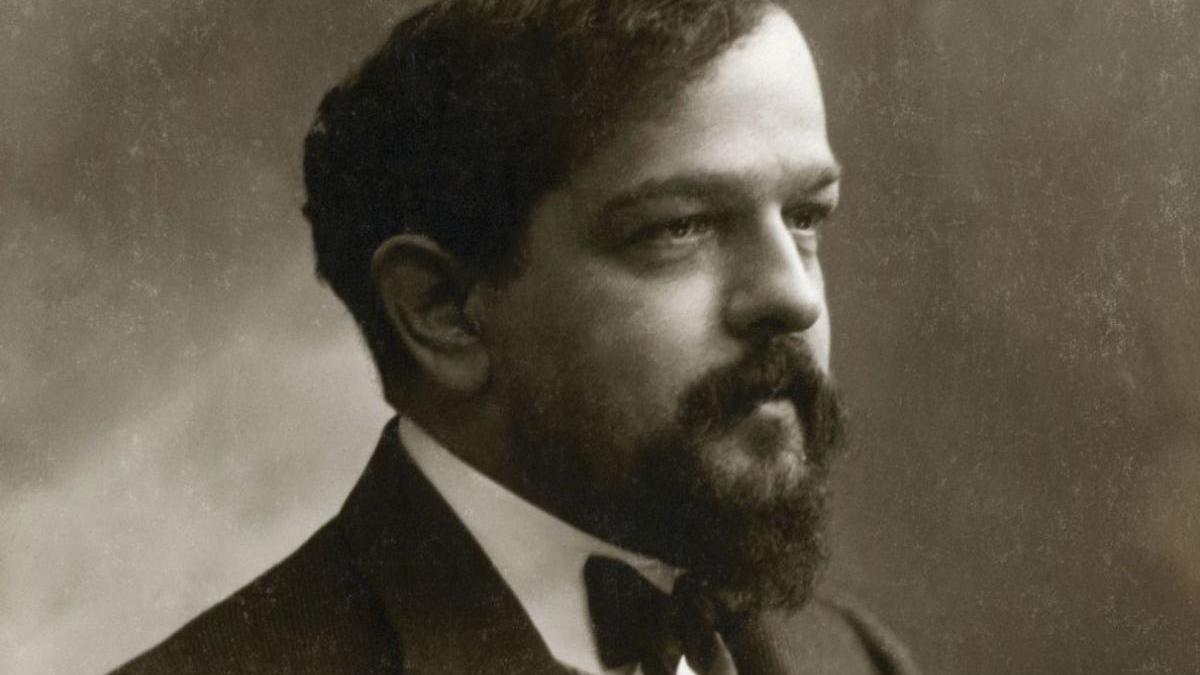 On Monday, we heard the Prelude and Liebestod from Wagner’s Tristan und Isolde, a work which opened the door to the dissolution of tonality and the atonal sound world of the twentieth century.

One composer who was profoundly influenced by this music was the young Claude Debussy. In 1887, Debussy called Tristan und Isolde “the most beautiful thing I know, from the point of view of the profundity of the emotion.” Yet, in a prime example of what the late Harold Bloom called “the anxiety of influence,” Debussy soon became restless. In a letter to his composition teacher, Ernest Guiraud, he described a “growing sense of detachment” from Wagner. Echos of Tristan can be heard throughout Debussy’s 1902 opera, Pelléas et Mélisande, yet as the critic Bernard Holland observed, German weight was “diffused” by a “French instinct for subtle light and shade.”

After wrestling with the shifting chromaticism and harmonic ambiguity which pervades Wagner’s opera, Debussy arrived in the hazy, sensuous dreamscape on the other side of Tristan‘s final, death-inducing resolution. This is the surreal world of Prelude to the Afternoon of a Faun, a piece we will explore on Friday.

Before we get there, let’s listen to two pieces by Debussy which exhibit the influence of Wagner in the form of the distinctive “Tristan chord.” This is the tension-filled half-diminished seventh chord which evades full resolution until the end of Tristan und Isolde.

The mythic drama of Wagner’s four hour long opera is transformed into something of a joke in Golliwog’s Cakewalk, the jaunty final movement of Debussy’s 1908 solo piano suite, Children’s Corner. We can sense Debussy thumbing his nose at Wagner as the “Tristan chord” is transformed into syncopated ragtime arpeggios in the introduction. In the middle section, you will hear a satirical quote of the “desire” motif which opens Wagner’s Prelude. Here, it is accompanied by a depiction of a strumming banjo. In the score, this passage is marked, avec une grande émotion (“with great feeling”).

A more serious quote of the “Tristan chord” emerges in Debussy’s song En sourdine (“Muted”) from the song cycle, Fêtes galantes. The song’s text by the French symbolist poet, Paul Verlaine, suggests themes of love and death which are similar to Wagner’s Tristan und Isolde. Debussy’s music liberates harmony from function. It’s the pure sound and expressive power of a chord that is important. En sourdine begins with the “Tristan chord” in its original form (E-sharp, B, D-sharp, G-sharp). Here, the chord’s tritone induced tension resolves upwards, floating into a serene dreamscape.

Quotes of the “Tristan chord” can be heard in the music of numerous composers, including Benjamin Britten and Alban Berg. The chord forms the harmonic basis of mild und leise, an electronic piece written in 1973 by American composer Paul Lansky:

Lansky’s piece was later sampled by the British rock band, Radiohead for the song, Idioteque:

For a lighthearted quote of the “Tristan chord,” we’ll conclude with Peter Schickele’s Last Tango in Bayreuth for bassoon quartet: