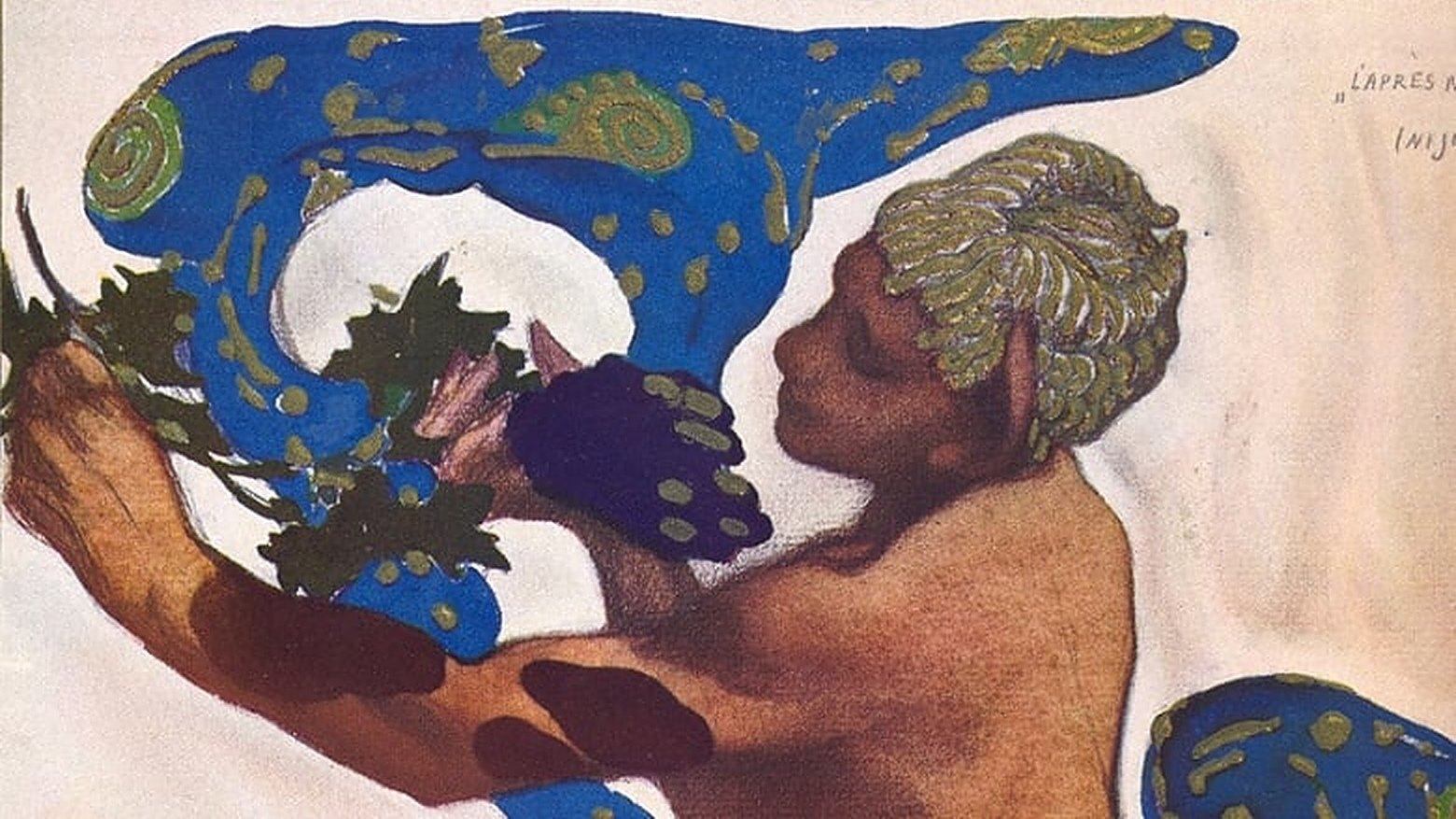 The flute’s gentle siren call emerges, solitary and alluring. It wanders freely from C-sharp down to G-natural and back again, drifting hazily into our consciousness, and beckoning us forward with quiet, seductive power.

This is how we enter the sensuous dreamscape of Claude Debussy’s colorful and fleeting 1894 tone poem, Prélude à l’après-midi d’un faune (Prelude to the Afternoon of a Faun). Debussy’s inspiration arose from a poem by the French symbolist, Stéphane Mallarmé. It depicts a faun who, after awakening from a nap on a sultry summer afternoon, contemplates his encounter with a group of nymphs. The scene occupies a blurry world somewhere between dreaming and waking. There is a sense of chasing and attempting to grasp the ephemeral. Memory becomes illusive. Perhaps what seemed concrete was just a dream?

The music of this prelude is a very free illustration of Mallarmé’s beautiful poem. By no means does it claim to be a synthesis of it. Rather there is a succession of scenes through which pass the desires and dreams of the faun in the heat of the afternoon. Then, tired of pursuing the timorous flight of nymphs and naiads, he succumbs to intoxicating sleep, in which he can finally realize his dreams of possession in universal Nature.

For the twentieth century composer Pierre Boulez, this was the piece that represented the awakening of modern music:

The flute of the Faun brought new breath to the art of music; what was overthrown was not so much the art of development, as the very concept of form itself… the reservoir of youth in that score defies depletion and exhaustion.

In Afternoon of a Faun, we find ourselves floating through the strange landscape on the other side of Tristan und Isolde’s final, death-inducing resolution. Wagner’s Tristan is always in search of its final moment of transfiguration. In contrast, Afternoon of a Faun is content to savor the moment. We are reminded of Debussy’s famous statement to his teacher, “There is no theory. You merely have to listen. Pleasure is the law.”

Afternoon of a Faun retains the signposts of traditional tonal music. After teasing us with endless modulations and harmonic ambiguity, it fades away in a definitive home key of E major—a key subtly suggested in the opening bars, but then evaded. Its first real cadence lands on B major. Yet in between these points, everything solid melts away. Rhythm becomes fluid amid alternating meters of 6/8 and 9/8. The dissonant interval of the augmented fourth (or tritone) is a persistent presence from the opening flute statement. This interval, which Leonard Bernstein called “the absolute negation of tonality,” opens the door to the whole tone scale, which floats into an exotic sound world which is neither major or minor. Echos of Wagner’s “Tristan chord” emerge and dissolve. (Listen to the half diminished seventh chord which springs out of the opening flute solo and returns later around measure 18). In Debussy’s opening bars, we experience the deep, mysterious silences of the Tristan Prelude, along with its fluid chromaticism.

Prélude à l’après-midi d’un faune is magical and intangible. It unfolds in the moment, offering an unending stream of shimmering, pastel colors. Its climax throbs with rapturous passion, and then evaporates into the haze of a summer afternoon.

Photograph: Illustration by Léon Bakst for the ballet, Afternoon of a Faun, after Debussy’s music