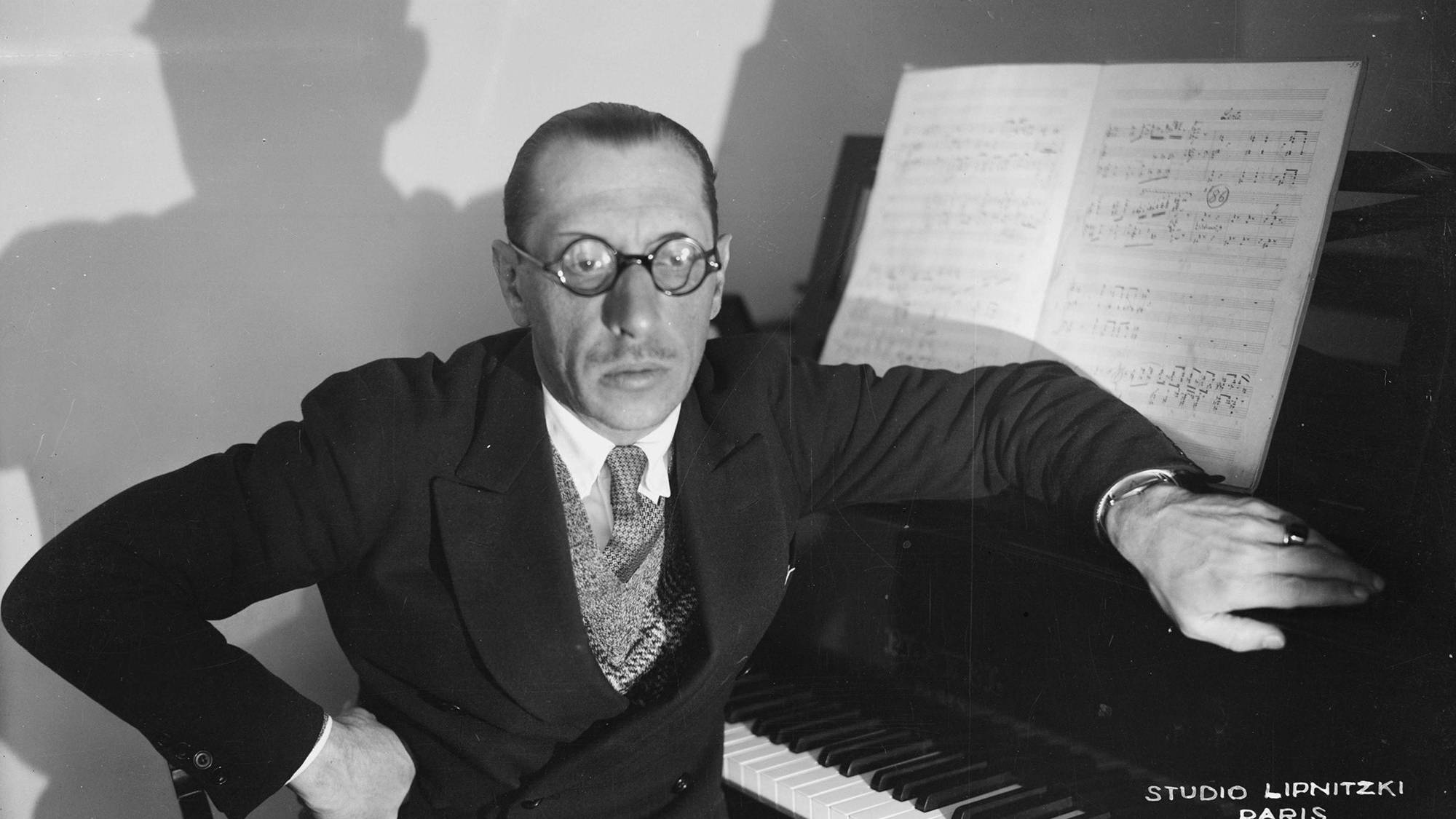 Igor Stravinsky’s 1923 Octet for wind instruments is a playful drama filled with zany, spirited voices. Its comic “characters” take the stage with endearing exuberance and sincerity. With witty allusions to Baroque and Classical form, it represents the beginning of Stravinsky’s dry, pared-down neoclassical period.

When this piece was premiered at the Paris Opera in October, 1923, it was met with bewilderment and what Jean Cocteau called, “a scandal du silence.” Among the audience was the 22-year-old Aaron Copland who recalled the

general feeling of mystification that followed the initial hearing. Everyone was asking why Stravinsky should have exchanged his Russian heritage, and a neoprimitive style all his own, for what looked very much like a mess of 18th-century mannerisms. The whole thing gained Stravinsky the unanimous disapproval of the press. No one could have possibly foreseen, first, that Stravinsky was to persist in this new manner of his, or, second, that the Octet was destined to influence composers all over the world in bringing the latent objectivity of modern music to full consciousness by frankly adopting the ideals, forms, and textures of the pre-Romantic era.

The Octet is scored for flute, clarinet, two bassoons, two trumpets (in A and C), and tenor and bass trombones. It’s a bright, austere combination which led to the “rigidity of the form” Stravinsky desired. In a 1924 article, the composer gave this amusing and provocative description:

My Octuor is a musical object. This object has a form and that form is influenced by the musical matter with which it is composed…My Octuor is not an “emotive” work but a musical composition based on objective elements which are sufficient in themselves…My Octuor, as I said before, is an object that has its own form. Like all other objects it has weight and occupies a place in space…

Stravinsky’s musical “object” unfolds over three movements. The opening Sinfonia dusts off sonata form, one of classicism’s most satisfying and well-established formulas. It begins with a slow introduction that feels like the beginning of a Haydn symphony. In the opening bars, the “characters” seem to be peering out from behind the curtain before sneaking tentatively onto the stage. This is a cartoonish evocation of classical form, with a cute, dominant seventh chord arriving out of nowhere to usher in a crisp, exuberant march. Listen to the way these voices explode into irrepressible imitative counterpoint over a trudging bass line. Notice the delightfully shifting, sometimes sputtering, rhythmic groove.

The second movement is a Tema con Variazioni which pays homage, formally, to the Andante of Mozart’s Piano Concerto in E-flat Major, K. 482. The theme, built on the octatonic scale, floats in the flute and clarinet over a dry bass line in the other instruments. The variations include a march, a waltz, a can-can, and a somber fugue in 5/8 time. According to Stravinsky, “The point of the fugato is that the theme is played in rotation by the instrumental pairs (flute-clarinet, bassoons, trumpets, trombones) which is the combination idea at the root of the Octet.” In between the variations, we hear a wildly exuberant recurring interlude which Stravinsky called the “rubans des gammes (ribbons of scales).” You may hear echoes of the Dies irae in this interlude.

The Finale begins in the bassoons with a melody developing over a jaunty walking bass line. This rondo contains the rhythm of the khorovod, an ancient Russian circle dance built on syncopated rhythmic groupings of 3:3:2. Again, at the heart of this music is rhythmic groove. The infectious walking bass line leads us into some thrilling rhythmic adventures (listen to the episode beginning around 13:05). In the final bars, the movement’s crystalline counterpoint melts into something “cooler” and more relaxed. Our cheerful “characters” bid us farewell abruptly with a final, cute “toot.”