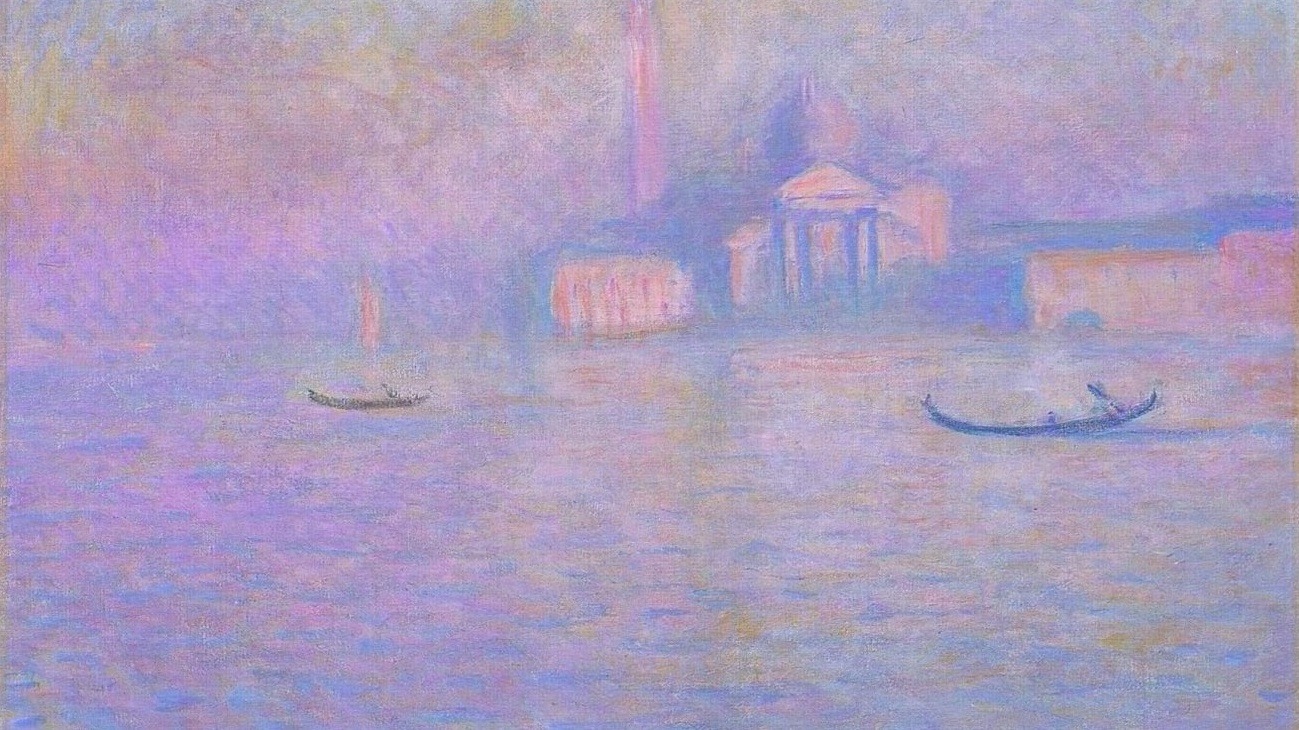 Earlier in the month, we listened to music from Wagner’s iconic 1865 opera, Tristan und Isolde, and explored its influence on later composers such as Claude Debussy. With its distinctively dissonant “Tristan chord,” this is music which, for many theorists, marked the beginning of the “dissolution of tonality” and opened the door to the tone rows of the twentieth century.

Franz Liszt’s haunting solo piano work, La lugubre gondola (“The Black Gondola”), is filled with intimations of “Tristan.” It opens with a solitary, searching line which suggests a dreamy remembrance of the rising sixth of Tristan und Isolde‘s “longing motif.” There are echoes of the tritone, one of the fundamental building blocks of Wagner’s “Tristan chord.” Drifting off into silence, this wandering, increasingly chromatic line is filled with harmonic ambiguity. As the music unfolds, it “finds itself” with a soaring and passionate statement. Yet, this evaporates into ominous parallel chords which sink five notes down the chromatic scale before rising again. The final bars seem to eviscerate tonality, gently outlining the whole tone scale before fading away.

While in Venice in December, 1882, Liszt saw a procession of black-draped funeral gondolas. He claimed to have felt an instant premonition of Wagner’s death. The experience was the inspiration for The Black Gondola, music in which the 6/8 swing of the gondolier’s barcarolle song becomes shrouded in ghostly shadows. Two months later, Wagner died in Venice.

Liszt’s daughter, Cosima, became Wagner’s wife in 1870. Beyond this personal connection, Liszt’s music contains much of the boundary pushing harmonic adventure we hear in Wagner. (For example, listen to Liszt’s Faust Symphony from 1854, or the Concert Study No. 3 in D-flat Major, “Un Sospiro”).

According to the Liszt biographer, Alan Walker, the composer commented that

The oars of a Gondole Lugubre beat on my brain. I have tried to write them and had to rewrite them twice, whereupon other lugubrious things came back to mind…

Indeed, The Black Gondola returned in two additional versions. One was a transcription for violin or cello and piano. The other was an undated manuscript from late in Liszt’s life. It remained unpublished until 1927.  It received the title, La Lugubre Gondola I, although it was written after the piece heard above. This restless and turbulent music moves in a completely new direction, entering our consciousness and then evaporating suddenly, like a dream. Here is a recording by Bertrand Giraud:

In 1989, American composer John Adams created an “orchestral realization” of  La Lugubre Gondola II. Although scored for a chamber orchestra, it is filled with richly veiled Wagnerian colors. Adams wrote,

The music is a genuine outpouring of deeply felt loss, and its wonderfully ambivalent harmonic language is remarkably prescient, given when it was composed. The chiaroscuro of the phrasing and the swelling and receding of the long, sinuous themes seemed to call out for an orchestral treatment, although my orchestration probably owes more to Wagner than to Liszt.

Liszt wrote this brief elegy on May 22, 1883, the date Wagner would have turned 70. The inscription reads,

Wagner once reminded me of the likeness between his Parsifal theme and my previously composed Excelsior! May this remembrance remain here. He has fulfilled the Great and Sublime in the art of the present day. -F. Liszt.

1 thought on ““The Black Gondola”: Liszt’s Haunting Memorial to Wagner”