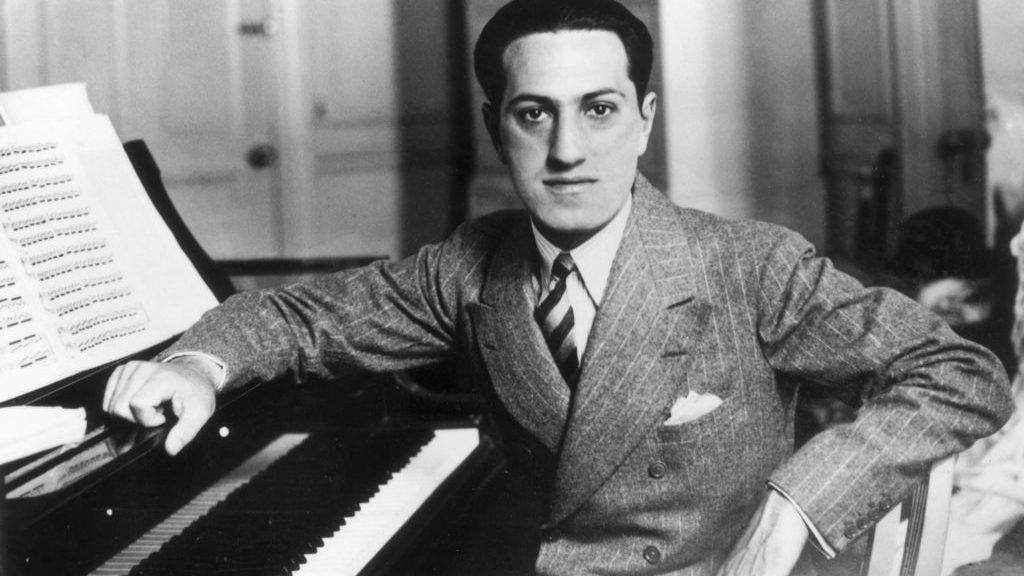 Even in the midst of the Great Depression, George Gershwin’s 1931 piano performance of I Got Rhythm swings with youthful vitality and optimism. The melody, tossed off with sparkling virtuosity, displays an elegance comparable to the composer’s sleek, finely tailored suit. Gershwin remains eternally young in our collective imagination. Tragically, six years after the recording of this clip, he would succumb to brain cancer at the age of 38.

Gershwin wrote I Got Rhythm for the 1930 musical, Girl Crazy, a show which featured Ethel Merman’s stage debut and turned Ginger Rogers into an overnight star. The song’s lyrics are punctuated by dizzying syncopation, while the melody leaps four notes up and down the pentatonic scale.

This performance occurred on August 4, 1931 at the opening of New York’s Manhattan Theatre (previously known as Hammerstein’s Theatre and now the Ed Sullivan Theater). The clip offers a compilation of camera angles.

Variations on “I Got Rhythm”

In 1934, George Gershwin embarked on a four-week concert tour with the Leo Reisman Orchestra. The tour began at Boston’s Symphony Hall and extended into Canada and Nebraska before concluding at the Brooklyn Academy of Music. Gershwin composed this set of variations on I Got Rhythm as an encore. The score, which Gershwin orchestrated, was dedicated “To my brother Ira.” The frolicking variations include a waltz, references to the sounds of Asia, jazz, and a nod to the serial music of Arnold Schoenberg (with whom Gershwin frequently played tennis).

This recorded radio broadcast features Gershwin’s brief introduction of the work and his performance:

The original version of Girl Crazy was a zany comedy centering around a character who takes a taxi ride from New York to Arizona, hangs out on his family’s dude ranch to which he imports Broadway showgirls, and eventually falls in love with a local postmistress (played by Ginger Rogers). In addition to I Got Rhythm, this frivolous show resulted in such enduring Gershwin classics as Embraceable You, But Not for Me, Sam and Delilah, and Boy! What Love Has Done To Me!

This 1976 recording of the Girl Crazy Overture features Michael Tilson Thomas and the Buffalo Philharmonic Orchestra: