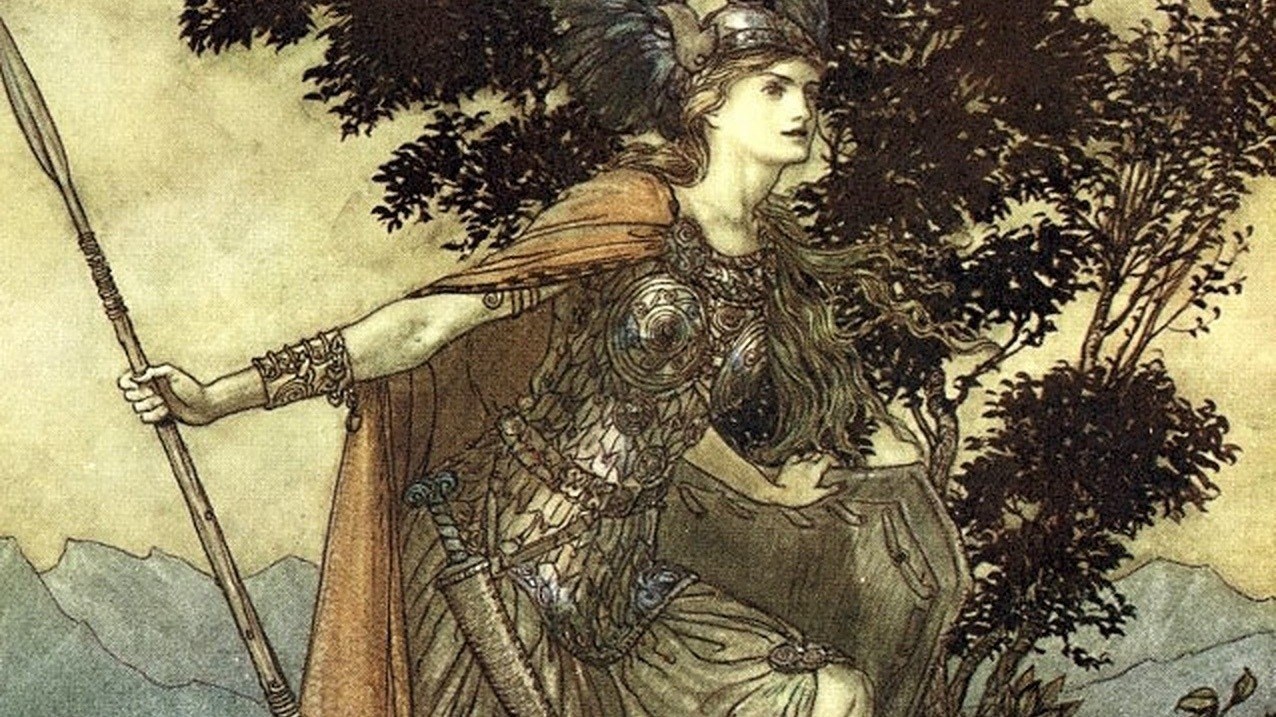 Die Walküre (“The Valkyrie”) is the second of four operas that make up Wagner’s Ring cycle. The story, based on Norse mythology, involves the Volsung twins Sieglinde and Siegmund, who are separated at childhood. When they meet and fall in love, the gods are angry and demand that Siegmund must die. Wotan’s daughter Brünnhilde faces the retribution of the gods after valiantly saving Sieglinde and the couple’s unborn child, Siegfried.

Prelude to Act I

Wagner’s music drama begins with a searing flash of energy. Ferocious tremolo unleashes a dark, threatening, restlessly wandering bass line. Dramatically, this Prelude evokes the raging storm which forces Siegmund to seek shelter in a house built around a mighty ash tree. This is where he meets his long-lost twin sister, Sieglinde. Yet, Wagner’s brief Prelude goes beyond the mere depiction of a storm. It delivers the kind of terror and suspense that we feel on a visceral level. Listen to the way the music remains suspended on an anxiety-ridden D minor chord for an incredible length of time. Later, a raging torrent of descending scales fall in swirling and dizzying canonic counterpoint. In these opening bars of Die Walküre, we enter a haunting, turbulent world similar to the ghostly terror of Schubert’s Erlkönig and the tense first movement of Mahler’s Second Symphony.

Siegmund’s Love Song from Act I is performed by Jon Vickers on this 1962 recording with Erich Leinsdorf and the London Symphony Orchestra. Listen to the woodwind voices which emerge and enter into a dialogue with the character onstage. Please forgive the abrupt, unresolved end of this clip. Wagner dissolved the boundaries between “aria” and “recitative” that divide up earlier operas. As a result, the work unfolds as a continuous, unbroken dramatic stream.

Sieglinde, forced to marry the villainous Hunding, longs for the hero who will save her life by drawing out a sword embedded deep in the ash tree. At the end of the first act, Siegmund discovers that Sieglinde is his sister. Triumphantly, he pulls out the sword and declares that it will offer her protection. As the music reaches a euphoric climax, we are enveloped in the fluid arpeggios which open Das Rheingold, the first opera in the Ring cycle.

Prelude to Act III (Ride of the Valkyries)

In the Prelude to the third act, we hear the iconic Ride of the Valkyries. When the curtain rises, the Valkyries (female figures from Nordic mythology who choose who lives and dies on the battlefield) have gathered on a mountain peak to transport fallen heroes to Valhalla. Sweeping lines and swirling trills evoke the exhilarating journey on winged horses, as Brünnhilde’s battle cry rings out (“Ho jo to ho!”). One of the most famous excerpts from Wagner’s operas, it’s music teaming with heroism and adventure:

In the third act, Brünnhilde faces punishment from her father, Wotan, for her disobedience in attempting to protect Siegmund. She is stripped of her status as a Valkyrie and, as a mortal woman, she is sentenced to a magic sleep on a rock on top of a mountain, subject to any man who happens to find her. Wotan consents to Brünnhilde’s final request that she be encircled by magic flames which will protect her from all but the bravest of heroes. Wotan bids farewell to his daughter as the curtain falls.

Selfless heroism, dread, and the grief of a father are all mixed together in this poignant final scene of the opera. Wotan announces Brünnhilde’s fate with a haunting, descending chromatic harmonic progression that pays homage to a similar ear-wrenching progression in Franz Liszt’s Faust Symphony. The progression signifies Brünnhilde’s fall from the gods and her descent into deep sleep. As Brünnhilde describes the magic fire which will surround her, we hear final echoes of the soaring Valkyrie music. With one heartbreaking line, Wotan laments the ironic limitations of his power as king of the gods: “Only one shall win the bride, one freer than I, the god!”

Here is Pierre Boulez’ 1976 performance at the Bayreuth Festival, with Donald McIntyre (Wotan) and Gwyneth Jones (Brünnhilde). Subtitles are available for this clip.