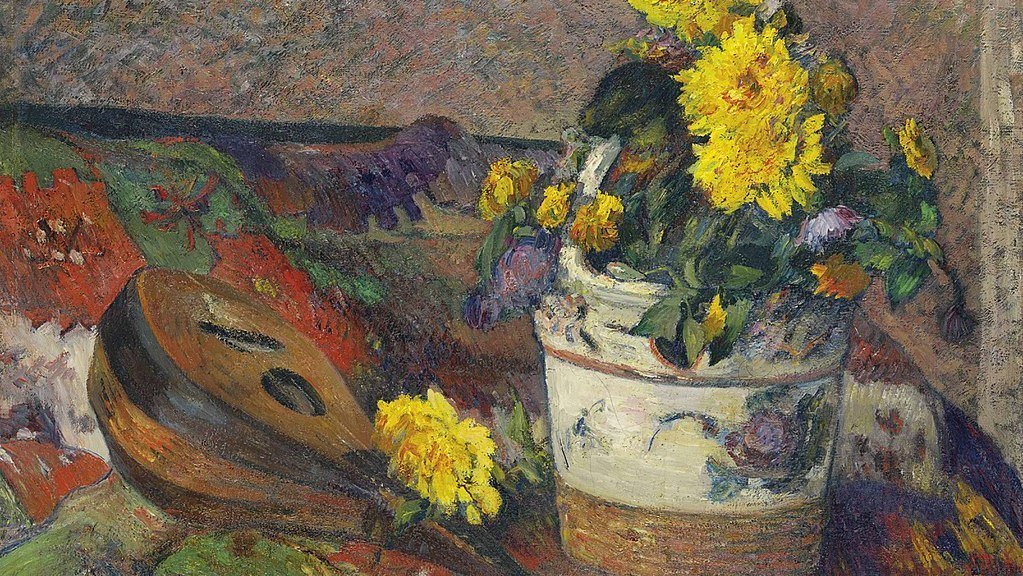 Gabriel Fauré’s 1891 song cycle, Cinq mélodies “de Venise”, Op. 58, begins with music which is as charming and infectious as it is brief.

Mandoline is a setting of a poem from the 1869 collection, Fêtes galantes, by the French Symbolist, Paul Verlaine. The poem was inspired by a series of paintings by Jean-Antoine Watteau depicting (as Robert Gartside writes) “18th century nobility in their fêtes champètres, those elegant picnics redolent of a mixture of gaiety, sensuousness, melancholy, world-weariness and wealth.” A narrator tells of “gallant serenaders” exchanging “sweet nothings beneath singing boughs.” Fauré wrote the song during a summer stay at the Palazzo Barbaro-Wolkoff on Venice’s Grand Canal.

The piano accompaniment sparkles with the sunny staccatos which evoke a mandolin or lute. The melody floats into an endless expanse, taking surprising turns on a whim. Listen to the way a new voice emerges in the piano, entering into an ebullient dialogue with the vocal line.

Here is Kathleen Battle’s performance with James Levine at the 1984 Salzburg Festival:

The young Claude Debussy created a song setting for Mandoline around 1883. It gives us a glimpse of a carefree and playful side of Debussy. The work may have been written more for the personal amusement of his wealthy Russian patron, Nadezhda von Meck (who also supported Tchaikovsky), as for posterity. Another inspiration could have been Marie Vasnier, a singer for whom Debussy developed an infatuation. Regardless, Debussy’s setting swirls with a dizzying sense of frivolity, beginning and ending with a single, enigmatic tone.