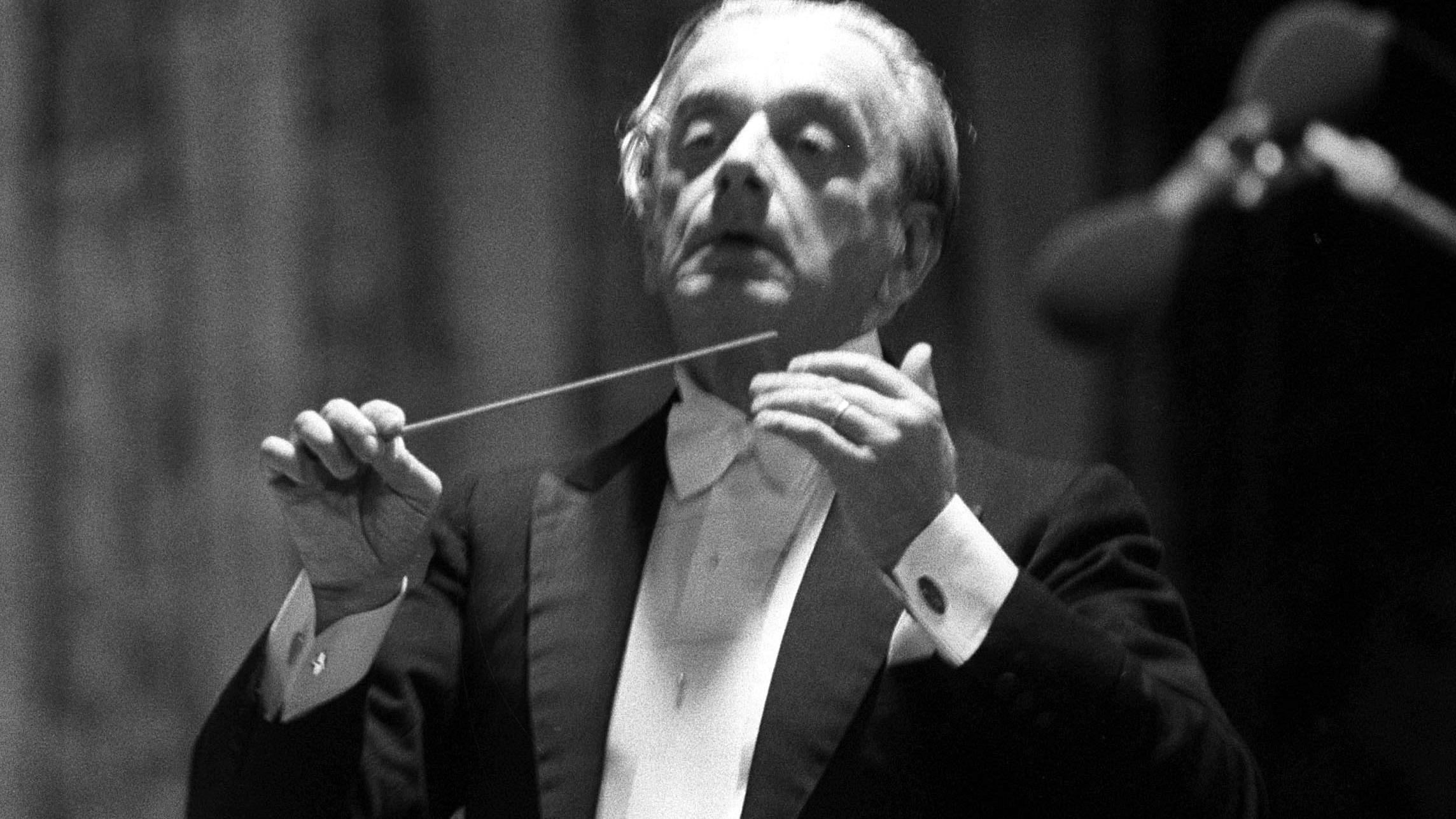 Beginning in the 1930s and 40s, the soaring, majestic sound we associate with the golden age of Hollywood films was created largely by Eastern European emigres—composers such as Erich Wolfgang Korngold, Franz Waxman and Max Steiner. Another significant name from this list is the Hungarian-born Miklós Rózsa (1907-1995), who wrote scores for nearly 100 films between 1937 and 1982, earning 17 Oscar nominations.

Rózsa’s introduction to film scoring came in 1934 during a conversation with his friend, the Swiss composer Arthur Honegger, who considered the work to be good supplemental income. Three years later, Rózsa scored the British historical drama, Knight Without Armour. He won his first major Hollywood contract in 1943 with Paramount. As a pioneer in film music, Miklós Rózsa worked on his own terms. According to Konstantinos Sotiropoulos,

He engaged in copious research into the background of a film’s subject matter and characterization before ever committing a single note to paper. Τo the consternation of the studio executives, he often found the use of non-melodic sound and unconventional instrumentation to be most appropriate. When it was pointed out by the head of Paramount’s music department that the score for “Double Indemnity” (1944) was anything but “attractive”, Rózsa shot back that the film was about ugly people doing vicious things to each other and the music reflected precisely that. Paramount’s music director was furious, but Rózsa enjoyed the support of the director Billy Wilder, and the music remained as Rózsa wanted.

In a 1977 interview with Robert Porfirio, Rózsa stressed his autonomy:

I was never at home in the studio. The so-called Hollywood people and I didn’t talk the same language, I admit. For that reason, it was in every one of my contracts that I don’t have to go to the studios. I don’t have physically to do my work there. I always work at home. I get prints of the film, I have conferences with the producer or the director before, and I only go to the studio at the end to record it.

Throughout his career, Miklós Rózsa led an artistic “double life” between concert music and film scoring. On Monday, we heard Rózsa’s high-flying Violin Concerto. Now, let’s listen to excerpts from eight of his most celebrated film scores:

A sweeping score for a film of epic proportions, this music is filled with Roman, Greek, and Jewish elements. Rózsa conducted the 100-piece MGM Symphony Orchestra during twelve recording sessions which stretched over 72 hours. The biblical drama unfolds with a myriad of themes and the reinforcement of a mighty pipe organ underscoring the appearance of Jesus Christ.

This magical Technicolor Arabian fantasy film vaulted Rózsa to prominence as a composer. Filled with leitmotifs, the score has been described as “foreground rather than background music.” Here is the beautiful and expansive love theme:

Miklós Rózsa’s concert music is filled with Hungarian folk elements. At moments, these sounds emerge in the score for this psychological drama, directed by Billy Wilder and starring Ray Milland and Jane Wyman. (4:08 in the clip below may remind you of Bartók’s hellish The Miraculous Mandarin). When the film was previewed with a temporary soundtrack consisting of uptempo jazz, the nightmarish hallucinations of the alcoholic writer protagonist were met with laughter from the audience. The studio came close to shelving the project. Yet, Rózsa’s score provided the correct framing and the film became a success. The theremin, an early electronic instrument developed in 1920, pulls us into the main character’s frightening alcoholic haze.

Rózsa’s distinctive film noir style is equally evident in the music for this psychological mystery thriller, directed by Alfred Hitchcock. Rózsa once said, “Alfred Hitchcock didn’t like the music—said it got in the way of his direction. I haven’t seen him since.” (Interestingly, Hitchcock also resisted the use of music in the shower scene of Psycho, and only changed his mind at the urging of composer Bernard Herrmann). The haunting sounds of the theremin emerge throughout the Spellbound score. Konstantinos Sotiropoulos writes,

Rózsa was asked by Selznick to compose the music for one test sequence using the theremin. This was the famous scene in which Gregory Peck, as an amnesiac with guilt complex, takes a straight razor to the room where Ingrid Bergman, his psychiatrist, is sleeping. “Will he kiss her or kill her?” like the tagline suggested. The music was enthusiastically received and Rózsa was told to include the theremin throughout the score. It would be the first time that the theremin was used throughout a score in a feature film produced in America. Following “Spellbound”, the theremin was established as the official instrument of psychosis.

The “Spellbound” Concerto was created as a concert adaptation of the Academy Award-winning score. Rózsa led the Hollywood Bowl Orchestra in this 1960 performance with pianist Leonard Pennario:

This dark film noir drama, starring Ronald Colman, tells the story of an actor’s descent into insanity. His “double life” is a blur between reality and the imaginary roles he plays on stage. This duality is evident throughout Rózsa’s Academy Award-winning score. The bustling forward motion in this excerpt seems to anticipate the quirkiness of some of Danny Elfman’s scores:

The lamenting beauty and far-off, exotic mystery of medieval Spain can be heard in this haunting love theme. In preparation for the score, Rózsa researched Spanish folk music and made use of the guitar and tambourine. It would be the composer’s final film score to be created under MGM contract.

This British Technicolor adventure film, directed by Zoltan Korda, is one of Rózsa’s earliest scores. Chronicling British military adventures in Africa during the reign of Queen Victoria, the story revolves around a man who is accused of cowardice after resigning on the eve of his regiment’s departure. This excerpt (Sunstroke and River Journey) begins with echoes of Hungarian folk music. As the music unfolds, you may be reminded of the shimmering colors and magical atmosphere of John Williams’ scores.

Emotions in a film come from elements that may be completely asymmetrical, like a kaleidoscope. Music is the element that keeps the different elements together, because it has continuity and rhythm. Music is the most abstract element in a film, full of impressionistic effects, but it usually has the most symmetry. That is why music should underline drama, not create it. It may be even worse today, the use of what in Hollywood is called wall-to-wall music, but even then many producers and directors did not understand the importance of silence.