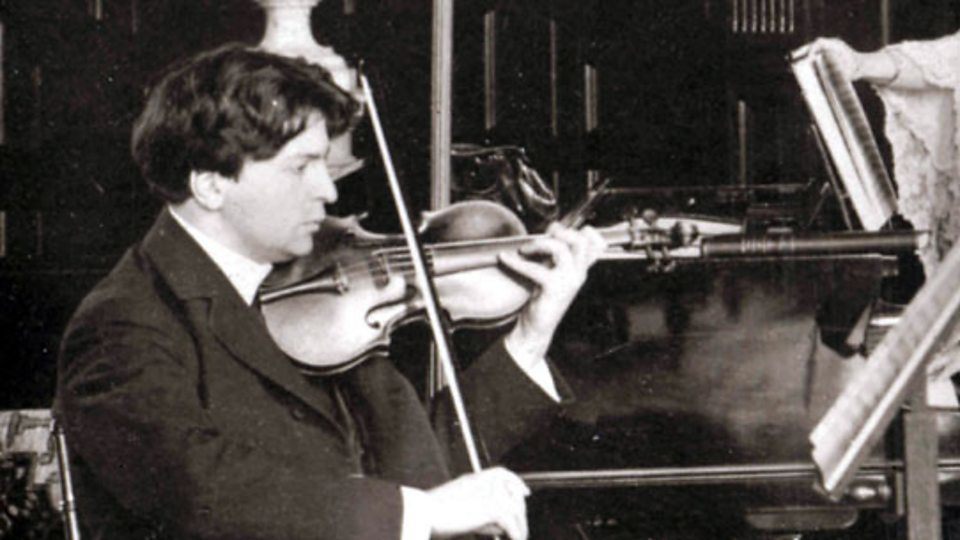 Today marks the 139th anniversary of the birth of George Enescu (1881-1955), the great Romanian composer, violinist, pianist and conductor.

Pablo Casals described Enescu as “the greatest musical phenomenon since Mozart.” Born in the small town of Liveni, Romania, he entered the Vienna Conservatory at the age of 7 and graduated with distinction before the age of 11. In 1895, he continued his studies in Paris, studying violin with Martin Pierre Marsick and composition with Jules Massenet and Gabriel Fauré. As a violinist, he played under the baton of Brahms. He was a lifelong friend of Ravel.

Enescu’s students included Yehudi Menuhin, Arthur Grumiaux, and Ida Haendel. “A lesson was an inspiration, not a stage reached in the course of instruction,” remembered Menuhin. “What I received from him was the note transformed into vital message, the phrase given shape and meaning, the structure of music made vivid.”

Conducting seemed a minor sideline, yet so successful was he as guest conductor of the New York Philharmonic in 1937 that he was reengaged for two more seasons. His ability as a pianist aroused the good-natured envy of Arthur Rubinstein; he could accompany any violin work from memory. In fact, his musical memory was legendary; he could remember an entire composition after one perusal of the score.

It was a gypsy fiddler who first showed the four year old George Enescu how to play the violin. The free-spirited, improvisational gypsy style can be heard throughout Enescu’s music. The Romanian Rhapsody No. 1 in A Major begins with a quote of the folksong, “Am un leu şi vreau să-l beau” (“I want to spend my money on drink”). We hear it first as a casual duet between the clarinet and oboe—something akin to a fragment of melody whistled in passing on the street. Gradually, the music grows into a series of swirling folk dances, concluding with an exhilarating rush of energy. This piece, which Enescu described as “just a few tunes thrown together without thinking about it,” is a joyful, virtuosic romp for the entire orchestra.

Written in 1926, the Violin Sonata No. 3 is “dans le caractère populaire roumain” (in Romanian Folk Style). It was dedicated to the memory of the violinist, Franz Kneisel. The first movement (Moderato malinconio) pulls us into a world which is both rhapsodic and nostalgic. At moments, the piano evokes the distinct sounds of the cimbalom and kobza, instruments at the heart of the Eastern European folk tradition. The second movement (Andante sostenuto e misterioso) opens with ghostly harmonics. Filled with mystery and the nocturnal hum of nature, this is haunting Night music. The final movement (Allegro con brio ma non troppo mosso) is a rondo, built on a march-like melody, “reminiscent of a bear dance from northern Moldavia.”

George Enescu is joined by pianist Dinu Lipatti on this 1943 recording. Enescu’s sound is filled with the passion and inflection of the human voice.

1 thought on “George Enescu and the Sounds of Romania”