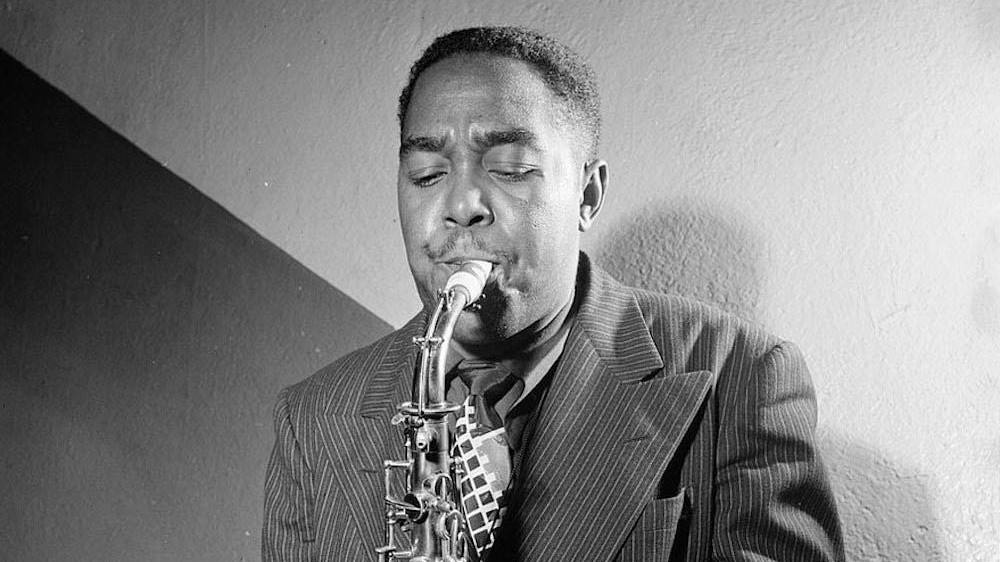 Tomorrow marks the 100th anniversary of the birth of Charlie Parker (1920-1955), the American jazz saxophonist and composer.

Nicknamed “Bird,” Parker grew up in the thriving Kansas City jazz culture of the 1930s where all night sessions featured such musicians as Count Basie, Lester Young, and Mary Lou Williams. Along with Dizzy Gillespie, he is credited with the birth of bebop, an uptempo style characterized by intense virtuosity, complex harmonic progressions, and improvisation. A victim of substance abuse and mental illness, Parker’s tragic death came at the age of 34.

The artistry of Charlie Parker changed the course of jazz. Miles Davis, who performed with Parker, is credited with saying, “You can tell the history of jazz in four words: Louis Armstrong. Charlie Parker.” Parker’s influence also extends beyond jazz. The composer and pioneer of minimalism Steve Reich cites the influence of Parker and his drummer, Kenny Clarke, who “had a sense of time that propelled the entire band, a buoyant, permanent uplift I found riveting and wanted to imitate and in many ways still do.” In his youth, the composer John Adams developed a fascination with bebop and wrote down Charlie Parker solos by dictation. Parker, in turn, listened to the music of twentieth century composers such as Béla Bartók. Indeed, you can hear a rhythmic kinship between Parker’s solos and works by Bartók, such as the Scherzo from the Fifth String Quartet.

In celebration of this important centennial, here are six of Charlie Parker’s most famous recordings:

Bird Gets the Worm

Don’t play the saxophone. Let it play you.