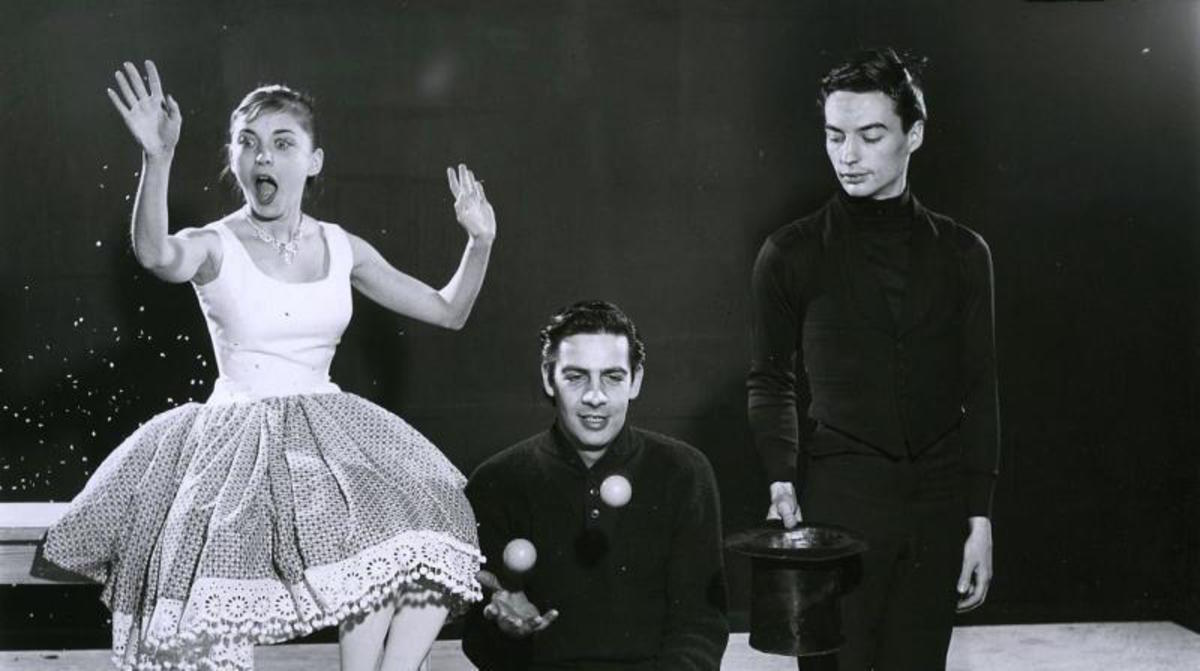 The world’s longest-running musical ran for 42 years and 17,162 performances, blocks away from the bright lights and glitter of Broadway’s Great White Way.

The Fantasticks opened at the intimate Sullivan Street Playhouse in New York’s Greenwich Village on May 3, 1960. For the original production, $900 were spent on the set and $541 were spent on costumes at a time when budgets for Broadway musicals typically exceeded $250,000. The story is an allegory, based on Edmond Rostand’s 1894 play, Les Romanesques. It centers around two neighboring fathers who trick their children into falling in love by setting up elaborate obstacles for them to overcome. The music is by Harvey Schmidt and the book and lyrics are by Tom Jones.

The show opens and closes with the autumnal nostalgia of the song, Try to Remember. Through the song, the human imagination transforms the blank canvas of the show’s sparse sets into a rich tapestry of memory. The instrumentation is limited to piano, harp, drums, and bass. Perhaps no Broadway musical, however elaborate, has exceeded the dramatic power of this intimate chamber piece.

Photograph: members of the original off-Broadway cast of The Fantasticks in 1960.

2 thoughts on ““Try to Remember”: The Autumnal Opening of “The Fantasticks””