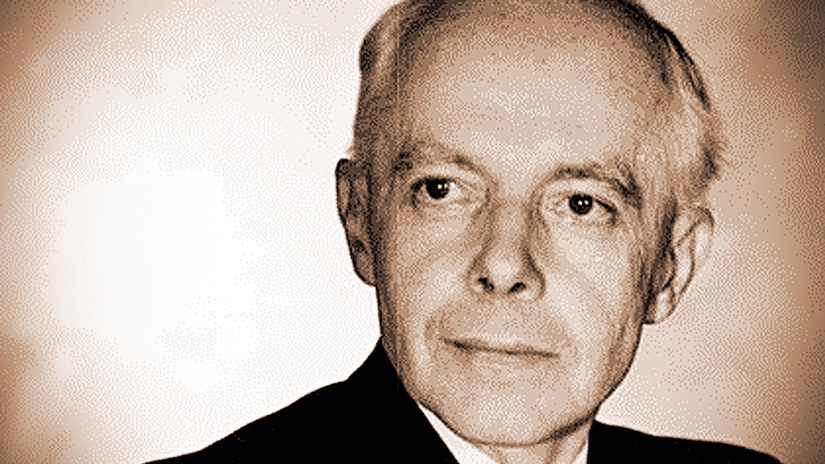 Béla Bartók completed his Second Violin Concerto in 1938 as the storm clouds of fascism gathered in his native Hungary. That year, he wrote to a friend in Switzerland,

What is most appalling is the imminent danger that Hungary too will surrender to this system of robbers and murderers… Hungary, where unfortunately the ‘educated’ Christian people are almost exclusively devoted to the Nazi system. I am really ashamed that I come from this class.

By the following year, Bartók was sending away his most prized manuscripts for safe keeping. He terminated a contract with his German publisher. When the German Reichsmusikkammer sent a questionnaire intended to verify his “Aryan descent,” he responded with mocking satire. In October of 1940, Bartók and his wife Ditta Pásztory emigrated to the United States, settling in New York City. Nine months later, Hungary officially  joined the Axis alliance.

Along with the Divertimento for String Orchestra, the Second Violin Concerto is often heard as a kind of musical “farewell.” As with Concerto for Orchestra, it is ultimately a defiantly exuberant, transcendent, and life-affirming farewell. From the opening bars, the music is infused with the distinctly spicy rhythmic inflection of Hungarian folk music. The violin’s opening theme springs to life with the duple, dotted “verbunkos rhythm.” We hear the exotic, modal harmony and improvisatory verve of Gypsy bands. Pitch-bending quarter tones lead into the cadenza. These are the sounds Bartók documented and preserved as he traveled the countryside with a phonograph in the early years of the twentieth century.

The Concerto was written for Zoltán Székely, one of Bartók’s frequent recital partners and the first violinist of the Hungarian String Quartet. At first, Székely had to convince the skeptical composer that he would have time to perform the Concerto along with his chamber music duties. The premiere took place on April 24, 1939 and featured Székely with the Amsterdam Concertgebouw Orchestra, conducted by Willem Mengelberg. Székely was granted exclusive rights to perform the Concerto for three years. Following the Nazi invasion of Holland, Bartók shortened this period to 13 months. Performances in Cleveland and New York were given by the Ukrainian violinist, Tossy Spivakovsky early in 1943. One of the great violin concertos of the twentieth century, this work was the composer’s only known contribution to the genre during his lifetime. His youthful Violin Concerto No. 1, written in 1908 for the violinist Stefi Geyer, was published posthumously in 1956.

Formally, the Second Violin Concerto was shaped by Bartók’s collaboration with Zoltán Székely. The composer’s original intention was to write a large single movement piece unfolding as a set of variations. Székely wanted a Concerto set in the more traditional three movements. Bartók complied, but in the end allowed his own vision to triumph as well. The second movement (Andante tranquillo) is a set of six variations on a crystalline theme in G. In the final movement, the motivic ideas of the first movement are developed through free-flowing variations. Originally, the last 26 bars of the final movement were reserved for the orchestra alone. Székely complained that he wanted the piece to end “like a concerto, not like a symphony.” Bartók rewrote the coda, allowing the solo violin to play to the final bar. The original version can be heard on Viktoria Mullova’s 1997 recording with Esa-Pekka Salonen and the Los Angeles Philharmonic.

There is something magical and inevitable about the way Bartók’s Second Violin Concerto begins. For the first two measures, we hear the solitary harp intoning a persistently repeating B major triad. Ghostly pizzicati in the low strings quietly establish the five-note motivic seed out of which the entire Concerto develops (B, F-sharp, A, E, B). A sustained tone in the horns emerges just above silence. Six bars in, the solo violin enters and the music is launched on its way. The first movement takes us on thrilling and far-flung adventures. Yet, the harp remains a haunting presence. The slithering chromaticism of the second theme moves into the twelve-tone world. According to Yehudi Menuhin, a dedicated champion of the Concerto, Bartók bragged, that he “wanted to show Schoenberg that one can use all 12 tones and still remain tonal.” He added that “any one of those repeated sequences would supply a dodecaphonist with material for a whole opera…”

The second movement’s simple theme emerges out of a beautiful sonic haze, punctuated by the harp and quiet timpani beats. The first variation floats into a mysterious dreamscape of shimmering colors. It’s a magical canvas illuminated by the bright woodwinds and celesta. The six variations unfold with a sense of rising tension and unpredictable adventure, moving from edgy double stops in the solo violin to a scherzando which includes the snare drum, harp glissandos, and snap pizzicato. The final variation brings a haunting memory of the opening, with the final bars drifting off into silence.

In the final movement, the first movement’s main theme is transformed into a boisterous waltz. At moments, we hear the nocturnal sounds of nature. Wildly shrieking scales in one passage may remind you of the ballet score for The Miraculous Mandarin. The coda brings a charming waltz and a moment of brief, sleepy repose. Then, amid swirling motion, the music leaps into its euphoric final cadence.

If you are not familiar with this work, I recommend that you listen attentively, multiple times. The music may reveal itself to you in new and increasingly profound ways. Pay attention to the vibrant musical conversation which unfolds between the solo violin and the instrumental voices of the orchestra. It’s a rhapsodic drama which moves, without warning, between haunting mystery, celestial beauty, and exuberance.