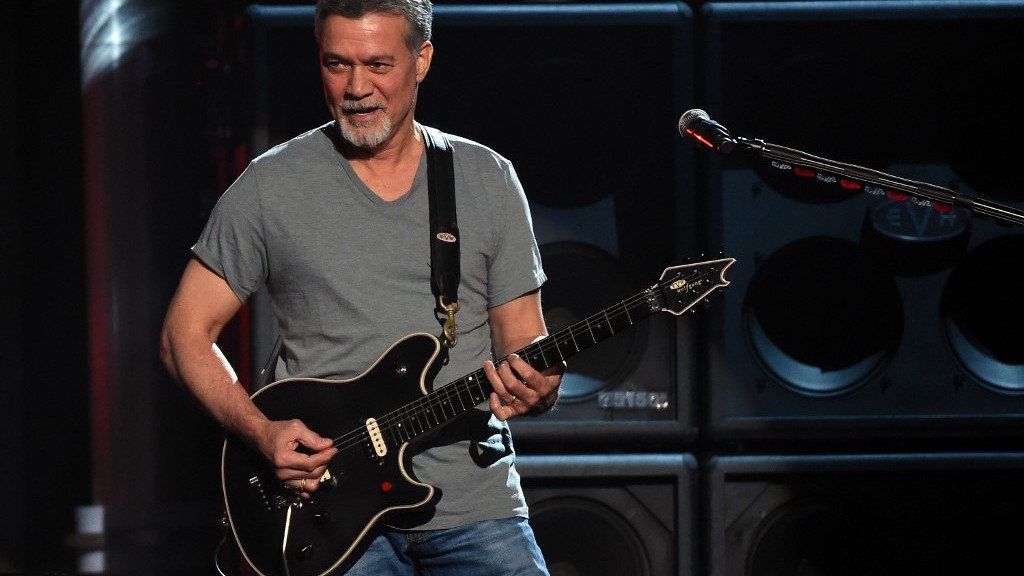 Eddie Van Halen, the legendary virtuoso rock guitarist, passed away yesterday following a battle with lung cancer. He was 65.

The current era of sampled sounds, auto-tuning, and computer-assembled pop music makes Van Halen’s Eruption all the more extraordinary. It is pure guitar virtuosity—an improvisation that at moments comes surprisingly close to the keyboard figuration of J.S. Bach or the fluid chromatic modulations of Eugène Ysaÿe. Widely considered to be one of the greatest guitar solos of all time, Van Halen played Eruption for live events. The track was recorded and included on the group’s debut studio album after the record producer Ted Templeman heard Van Halen playing it during the session.

Runnin’ with the Devil

Runnin’ with the Devil is the second single from Van Halen’s 1978 debut album. The song opens with the recorded sound of car horns:

The synthesizer augmented Van Halen’s sound world in the 1980s. Jump is built on a powerful pedal tone and an unrelenting, pulsating bass line. Its catchy hook is remarkably similar to Michael Torke’s Adjustable Wrench, written four years later. (It’s a common jazz figure and, according to Torke, any influence was not conscious). At the heart of Jump is a satisfying rhythmic groove which is established and then spectacularly disrupted in the song’s bridge section. In the final moments just before the fadeout, listen to the way the guitar enters into glorious counterpoint with the pulsing bass.

This high octane song is from OU812, Van Halen’s eighth studio album, released in 1988. Sammy Hagar was lead singer during this period of the band’s history. An electric organ patch gives the song a distinctly retro vibe. Listen to the way the song shifts, suddenly, to a completely new harmonic progression out of which Eddie Van Halen’s guitar solo springs to life.