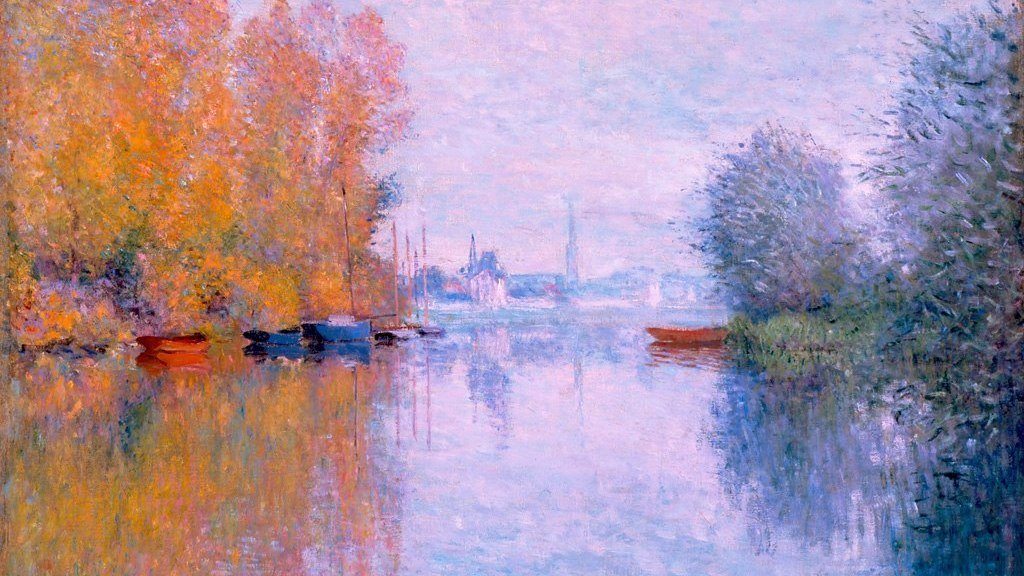 We explored Maurice Ravel’s magical 1917 suite, Le Tombeau de Couperin, in a previous post. Composed in the aftermath of the First World War, it is music that retreats into the graceful motion and elegance of Baroque dances such as the Forlane, Menuet, and Rigaudon. It pays homage to the keyboard suites of the French Baroque composer, François Couperin (1668-1733), while serving, simultaneously, as a memorial for friends Ravel lost in the war. When listeners commented that the music was not sufficiently sombre, Ravel replied, “The dead are sad enough, in their eternal silence.”

As with many of Ravel’s orchestral works, Le Tombeau de Couperin was first written for solo piano. In this form, the music unfolds with a simple intimacy. Here is the beautiful Menuet from a 2016 recording by the French pianist, Bertrand Chamayou:

Now, let’s move from the simple “black and white” of the piano version to the dreamy pastel colors of Ravel’s orchestration. Throughout the suite, the pastoral voice of the oboe is a persistent presence. It’s as if nature is reaffirming its primacy in the face of mechanized war. This live performance of the complete suite from February, 2018 features Jaime Martín and the Frankfurt Radio Symphony. The four movements are Prélude, Forlane, Menuet, and Rigaudon:

Featured Image: Autumn on the Seine at Argenteuil, Claude Monet