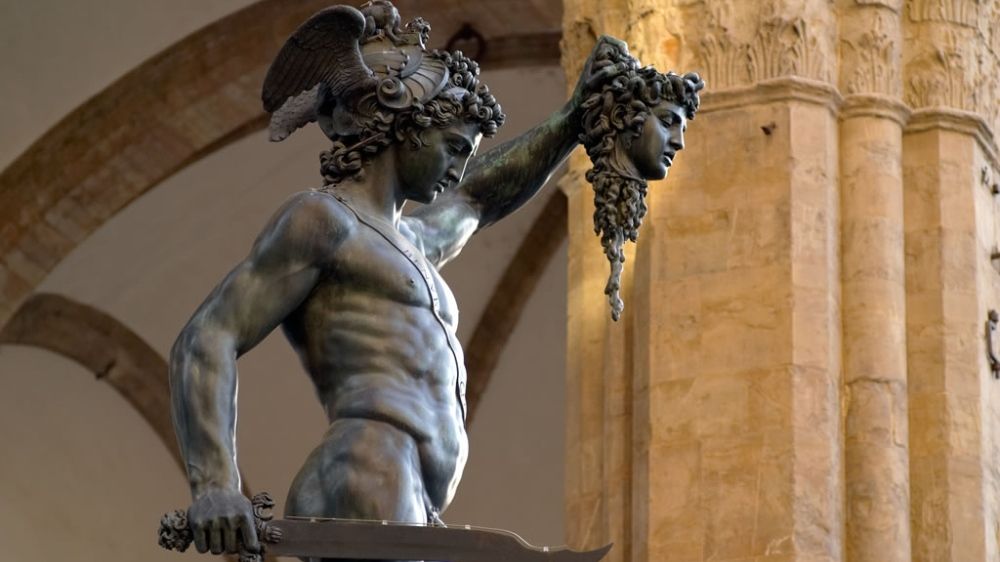 The opening bars of Hector Berlioz’ Benvenuto Cellini Overture spring to life with all of the high-flying passion, exuberance, and boundless heroism of the idealized Romantic artist. Filled with wild euphoria and mercurial twists and turns, this initial theme encapsulates the spirit of the protagonist of the opera which follows.

Berlioz’ ill-fated 1838 opera, Benvenuto Cellini, was based on a highly fictionalized depiction of the Florentine sculptor, Benvenuto Cellini (1500-1571). Although it appealed to notions of the heroic, independent artist which were popular at the time, the material was not well-suited for an opera. “The Overture was extravagantly applauded,” wrote Berlioz. “The rest was hissed with exemplary precision.” With the help of Franz Liszt, a revised version was presented in 1852 with limited success. As an opera, Benvenuto Cellini is still rarely performed. Yet, the Overture lives on, providing a thrilling musical joyride at the beginning of many concert programs. Additionally, Berlioz transformed the opera’s carnival scene into the blazing Roman Carnival Overture.

Benvenuto Cellini Overture feels like a thrillingly dangerous and unpredictable ride. In the fast sections, jarring, irregular phrases leap over an erratic rhythmic pulse. We don’t know where we’re going until we arrive. The literal drama of Berlioz’ opera has been supplanted by the Overture’s vibrant drama of musical “conversations.” We hear a stream of “voices,” each with its distinct persona. The seeds of yet-to-be-written Strauss tone poems are evident.

Following its swashbuckling opening, listen to the way the music disintegrates, developing anew from a few mysterious strands (pizzicato in the low strings and a wandering line in the flute). Only gradually does it become apparent that a theme is taking shape. Some of the thematic material originated in the opera (the somber Pope’s aria from Act II, À tous péchés pleine indulgence, and the previously published song, Je crois en vous).

At moments, we enter haunting, hallucinatory soundscapes that are reminiscent of Symphonie fantastique. For example, in this bizarre passage (3:16) the theme descends into the orchestra’s murky depths while ephemeral ghosts flit above. Later, spirited woodwinds softly intone the theme in the “wrong” key and are swiftly “corrected” by the full orchestra’s thundering recapitulation (8:55). Fasten your seatbelt in preparation for the wild joyride that is Berlioz’ Benvenuto Cellini Overture.

Featured Image: “Perseus with the Head of Medusa,” a bronze sculpture by Benvenuto Cellini, ca. 1545–1554