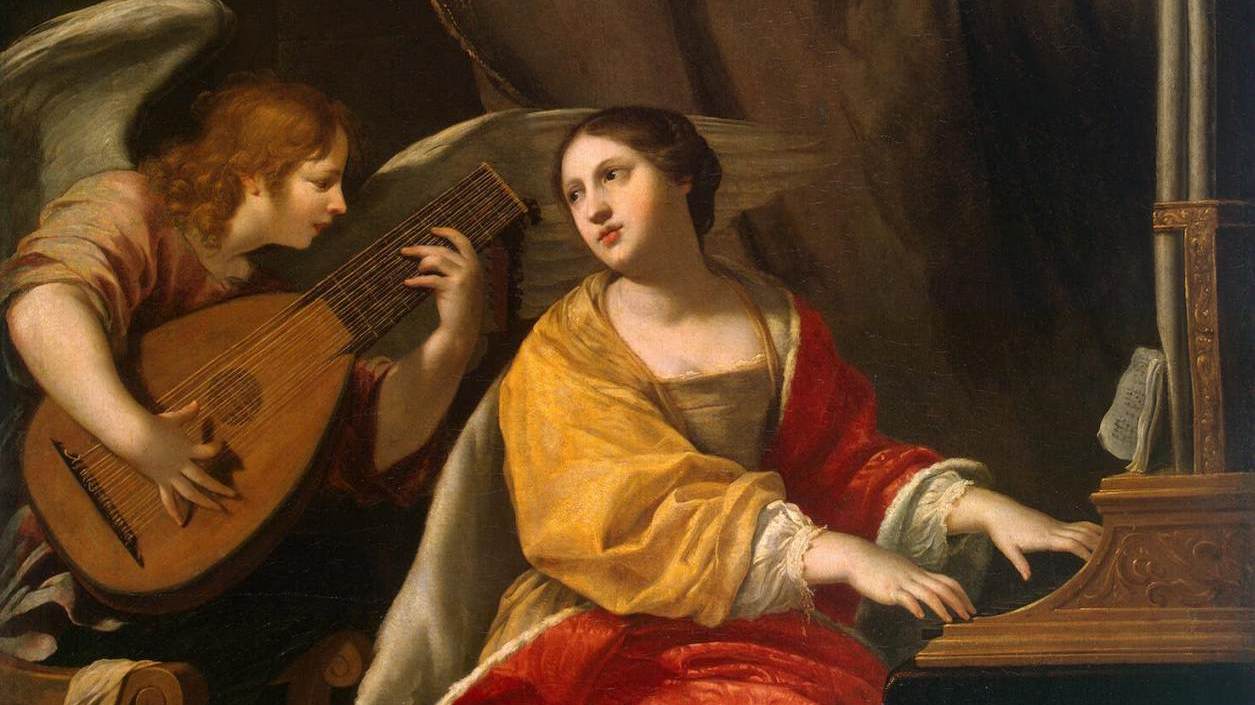 Sunday marks Saint Cecilia’s Feast Day on the Roman Catholic calendar. Saint Cecilia, one of the most famous martyrs of the early church, is the patron of music and musicians. Her spirit is celebrated in George Frederich Handel’s cantata, Ode for St. Cecilia’s Day, which was first performed on November 22, 1739 at London’s Theatre in Lincoln’s Inn Fields. The cantata’s text is a setting of a 1687 poem by John Dryden based on the Pythagorean theory of harmonia mundi, linking the movement and origin of the celestial bodies to music.

The cantata’s opening chorus, From harmony, from heavenly harmony, is a bright and joyful celebration of the power of music. Handel’s musical lines gush out as an eternal, abundant, and unstoppable force—a Power so fundamental that it can never be muzzled or controlled. Appropriately, the opening words, “From harmony…” are wrapped in the most sensuous and majestic harmonic voicing imaginable.

This performance by the Bach Choir of Bethlehem is from an album released in 2018. The internationally renowned ensemble is the oldest American Bach Choir, with roots that go back “to Colonial times and to the Moravians who settled Bethlehem in 1712.” The choir was officially founded in 1898 in Bethlehem, Pennsylvania. Bethlehem Steel began operations a year later.