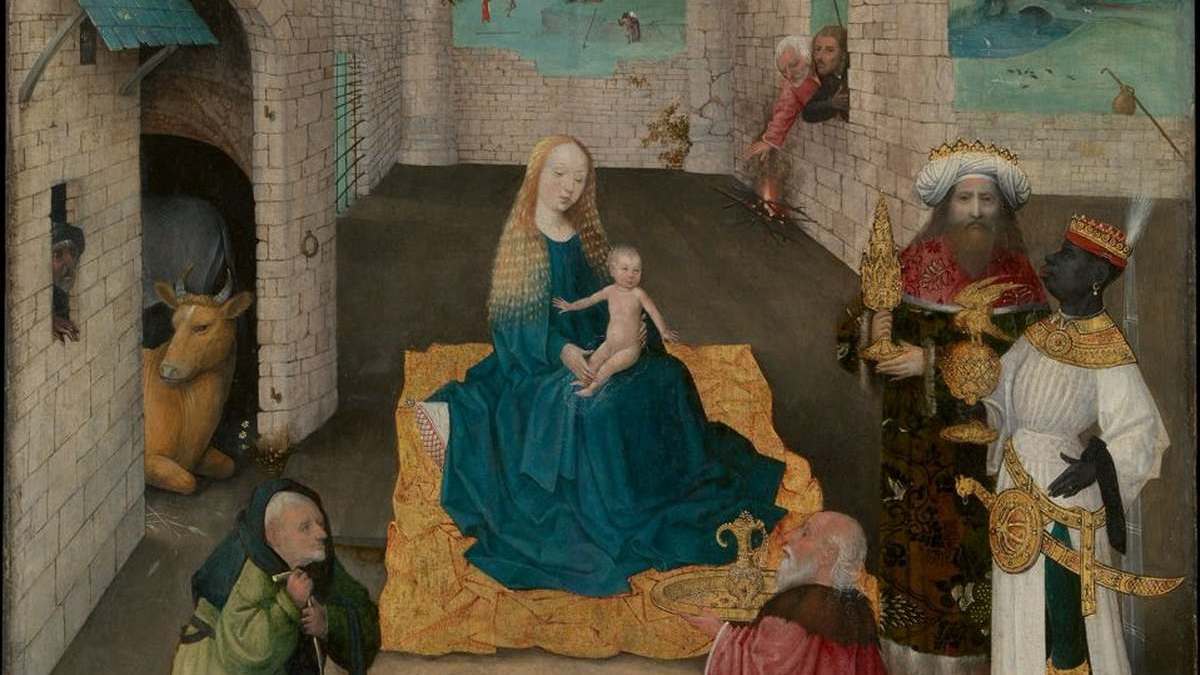 On Christmas Eve, 1951, opera moved into the television era.

On this evening, the premiere of Gian Carlo Menotti’s Amahl and the Night Visitors was broadcast live from NBC’s studio 8H in Rockefeller Center. The NBC Opera Theatre performance was seen by an estimated five million viewers across the country. Set in one act, it was the first opera to be composed specifically for television.

Menotti was inspired by The Adoration of the Magi, a nativity scene by the Dutch Renaissance painter, Hieronymus Bosch. The painting, on display at the Metropolitan Museum of Art, unlocked the composer’s memories of his childhood in Italy, where children received Christmas gifts from the Three Kings. He discussed the genesis for the work in a brief introduction at the beginning of the broadcast.

Amahl and the Night Visitors is the story of a crippled boy and his mother who are visited by the three gift-bearing kings, who are on their way to Bethlehem. Nearly beggars, Amahl and his mother can offer the regal travelers little more than “a cold fireplace and a bed of straw.” Amahl, who walks with the aid of a crutch, was a shepherd until his mother was forced to sell his sheep. The pastoral melody of his shepherd’s pipe becomes a kind of loose leitmotif, heard in the opening and closing of the work. Amahl and the Night Visitors enters the imaginal world of childhood. It is a piece infused with magic and mystery. Its drama illuminates a world that is all too often deaf and deprived.

Here is the original, historic 1951 telecast, featuring Chet Allen as Amahl. This was the inaugural production of the Hallmark Hall of Fame. It’s a testament to the spirit of exuberant creativity and experimentation that marked the early days of television.

3 thoughts on “Menotti’s “Amahl and the Night Visitors”: The First Television Opera”