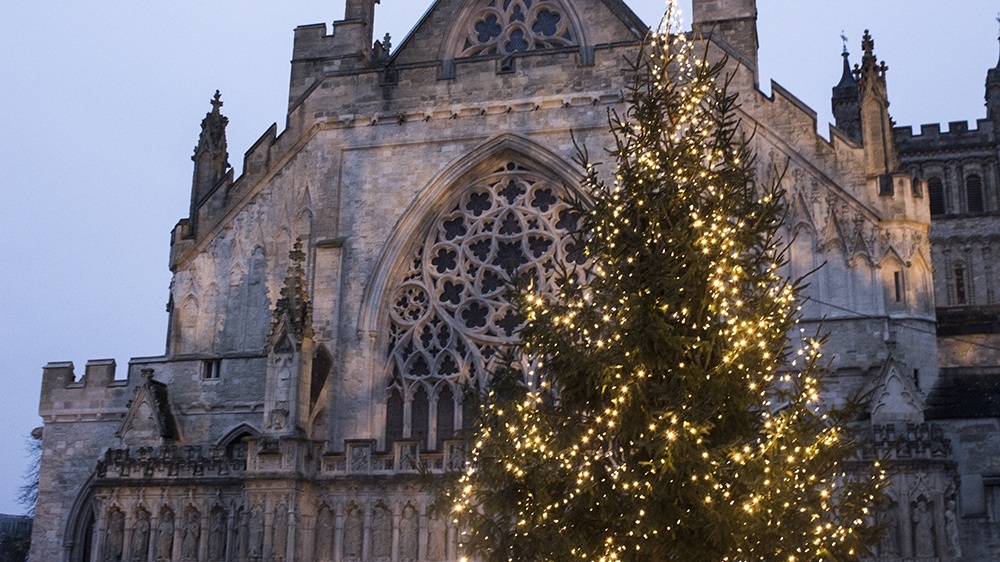 Today we continue the tradition of Karl Haas, the German-American musicologist and host of the nationally syndicated radio show, Adventures in Good Music. Haas’ Christmas episode, The Story of the Bells, documented the distinct sounds of church bells throughout Europe, from the mighty cacophony of Zurich, to the pastoral serenity of the Alpine village of Arosa, to the highly ordered change ringing of Westminster Abbey.

This year we will return to England for a spectator example of change ringing from Exeter Cathedral in Devon, on the country’s southwestern coast. The current Cathedral, completed around 1400, has the longest uninterrupted vaulted ceiling in England. Its treasures include an astronomical clock, constructed in 1484, and a minstrel’s gallery dating to around 1360, decorated with twelve carved and painted angels playing medieval musical instruments.

The Exeter Cathedral Choir in 1965