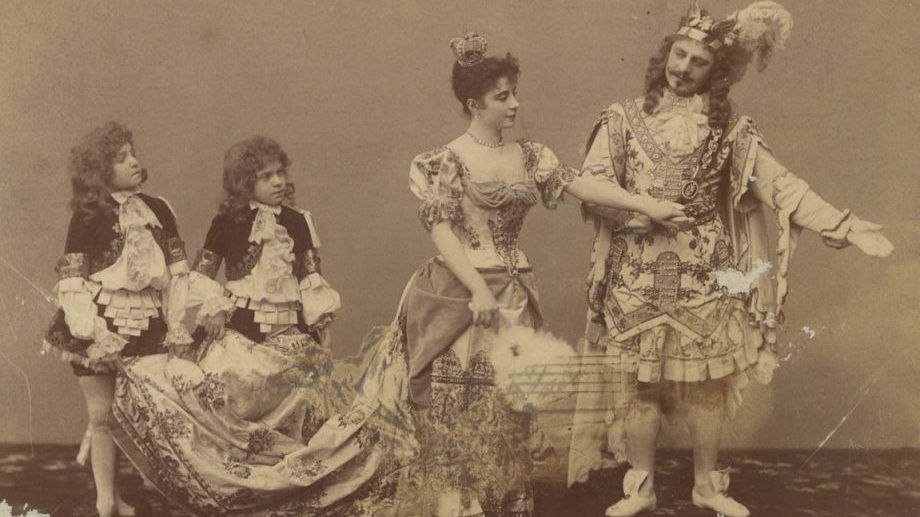 Tchaikovsky’s fairytale ballet, The Sleeping Beauty, was first performed at St. Petersburg’s Mariinsky Theatre on January 15, 1890. Among the audience members of this premiere production was the eight-year-old Igor Stravinsky, who later noted it as a formative musical experience. For the first time, the young Stravinsky was struck by the majesty of the orchestra, and well as the music of Tchaikovsky, a personal friend of Stravinsky’s father.

In January of 1941, Stravinsky received a commission from Lucia Chase, the founding director of the American Ballet Theatre, for an arrangement of the Pas de deux de l’Oiseau bleu et la Princesse Florine (No. 25) from Act III of The Sleeping Beauty. The four brief movements accompanied Chase’s ballet, The Bluebird. The Ballet Theatre’s orchestra had been depleted by the military draft, instituted a year earlier in anticipation of American entry into the Second World War. As a result, Stravinsky re-orchestrated the music for a chamber orchestra. He had adapted a similar fragment of Tchaikovsky’s score for Sergei Diaghilev in 1921.

Stravinsky began not by reducing the orchestra, but by adding an instrument—a piano—which provided at least two new ideas as well as a welcome element of articulation and sonority. For only two examples, Stravinsky scrapped the original flute duet that begins the Second Variation and replaced it with a duet for flute and clarinet, thus creating a dialogue and enlivening the musical style. In the fourth piece, Tchaikovsky attaches appoggiaturas to each note of the woodwind parts while Stravinsky restricts the figure to flute and piano alone, which removes the thickness and clumsiness in exchange for elegance and clarity.

Now, let’s return to Tchaikovsky’s original music, in all of its full-bodied majesty. This 2017 performance at Moscow’s Bolshoi Theatre features Anastasia Denisova (Princess Florine) and Artemy Belyakov (Blue Bird). In earlier posts, I have pointed out the surprising rhythmic sophistication that emerges throughout Tchaikovsky’s ballet scores. Another example of this comes in the downbeat-defying passage that begins around the one minute mark in the clip below.

In a previous post, we explored additional excerpts from Tchaikovsky’s score for The Sleeping Beauty.