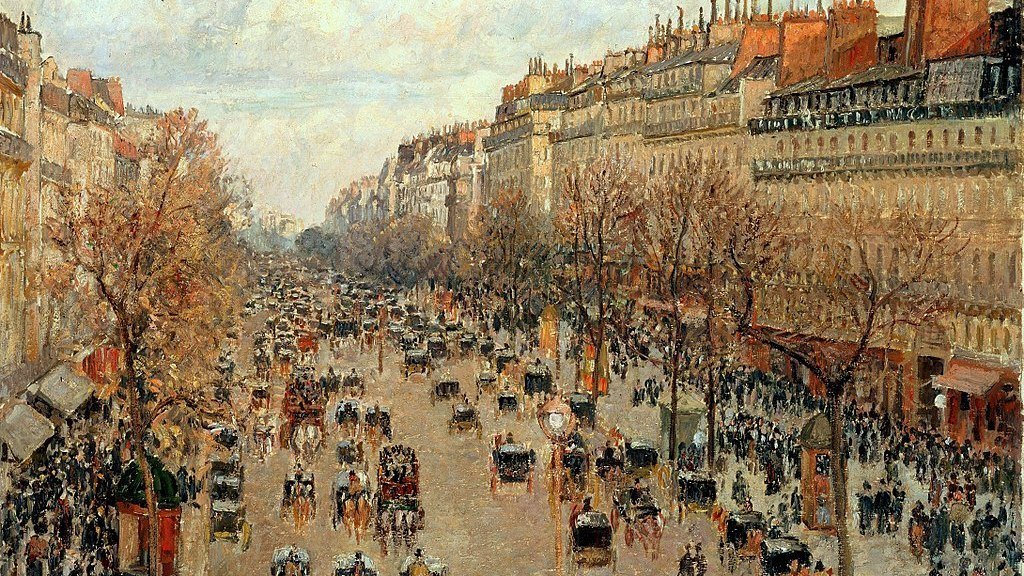 One of the most famous and enduring works of the violin repertoire began as a wedding gift.

In 1886, César Franck presented the Sonata in A Major for Violin and Piano to the great Belgian violinist, Eugène Ysaÿe, on the occasion of his wedding to Louise Bourdeau. At the time, the 64-year-old Franck was best known as a prominent organist and professor at the Paris Conservatory. Ysaÿe, a committed champion of new French music, gave an impromptu performance of the Sonata for wedding guests with the noted pianist, Léontine Bordes-Pène. For the rest of his career, he performed the work around the world, telling listeners that his personal connection to the piece led him to play it “con amore.”

The first public performance took place in December of the same year at the Museum of Modern Painting in Brussels. The composer, Vincent d’Indy, was in attendance and recounted the following story:

It was already growing dark as the Sonata began. After the first Allegretto, the players could hardly read their music. Unfortunately, museum regulations forbade any artificial light whatever in rooms containing paintings; the mere striking of a match would have been an offense. The audience was about to be asked to leave, but, brimful with enthusiasm, they refused to budge. At this point, Ysaÿe struck his music stand with his bow, demanding, “Let’s go on!” Then, wonder of wonders, amid darkness that now rendered them virtually invisible, the two artists played the last three movements from memory with a fire and passion the more astonishing in that there was a total lack of the usual visible externals that enhance a concert performance. Music, wondrous and alone, held sovereign sway in the blackness of night. The miracle will never be forgotten by those present.

Common motivic threads and recurring themes weave throughout the Sonata’s four movements. The music unfolds as a continuous journey on which we encounter tenderness, mystery, and searing passion. In many ways, this unified, cyclic development is similar to the thematic transformation techniques used by Franz Liszt.

The first movement’s opening bars emerge out of a serene and sensuous dreamscape. The piano’s searching lines and the violin’s gently rocking melody contain the motivic seeds out of which the entire Sonata develops. This adventurous, expansive melody wanders through an ever-shifting harmonic landscape before arriving at a heroic climax. The movement floats between two themes. The violin and piano each have their own persona, yet they seem to come together as loving companions.

The turbulent second movement begins as a ghostly scherzo in D minor. The music is swept forward by dark, tempestuous waves in the piano and a ferociously impassioned statement in the violin. A new theme brings echoes of the first movement’s opening motif (1:15). Amid wild, mercurial shifts, the music soars with euphoric passion and then, a few moments later, drifts off into haunting shadows.

The third movement, bearing the distinctive title Recitativo-Fantasia, feels like a hazy improvisation. Distant remembrances of the first movement’s opening theme emerge and evaporate. Searching recitative statements open the door to a dreamlike theme in the violin, surrounded by soft, angelic murmurs in the piano. This theme, which builds gradually in intensity, returns in the final movement where it finds ultimate resolution.

With the opening bars of the final movement, all of the dark storm clouds dissipate immediately. The sunny main theme is heard as an extended canon between the piano and violin. It returns throughout the movement as a rondo subject, interspersed with new explorations of the third movement’s theme. The soaring coda overflows with loving exaltation.