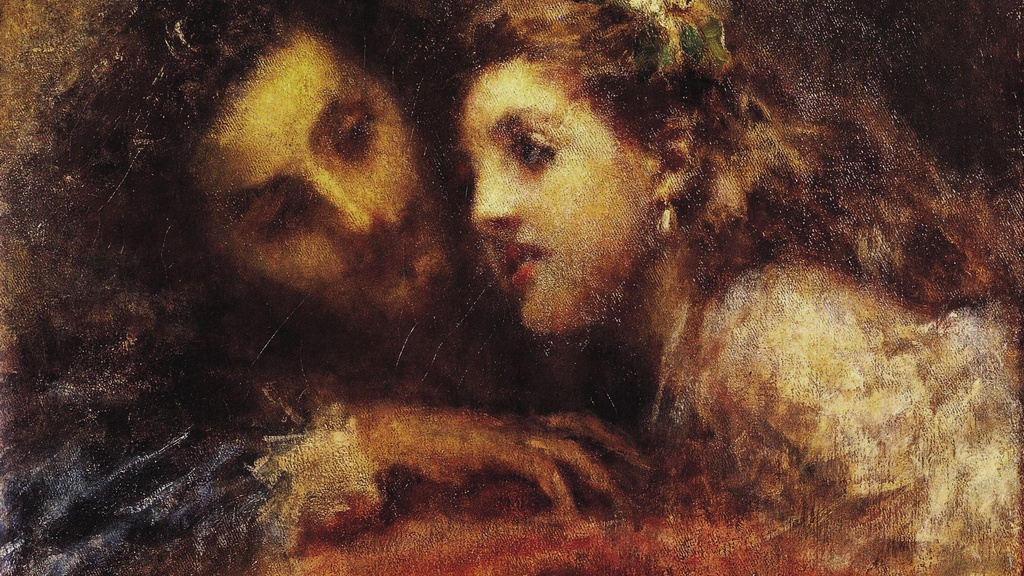 Don Giovanni (or Don Juan) is one of literature’s most infamous seducers.

In Mozart’s two act 1787 opera—a sublime blend of comedy, melodrama, and supernatural elements— the character takes on a new and intriguing complexity. As the cultural historian, James H. Johnson writes in his essay, Sincerity and Seduction in Don Giovanni, Mozart and the librettist, Lorenzo Da Ponte, “deliberately employ a tone of sincerity that keeps to the surface in conveying Giovanni’s words but reveals little about his motivations and withholds ultimate judgement about his character.” Mozart’s music reveals the character to be a master manipulator as “Don Giovanni assumes the shades of his surroundings, slipping into buffa when he is with Leporello, a virtuosic seria style with Elvira, and a folk-like simplicity with Zerlina.”

This sweet simplicity is what we hear in the famous Act I, scene 3 duet, Là ci darem la mano (“There we will give each other our hands”). Don Giovanni has just met the peasant girl, Zerlina, and her fiancé, Masetto. In an attempt to disarm the jealous Masetto, Giovanni offers to host the couple’s wedding celebration at his castle. As soon as Masetto leaves, Don Giovanni’s attempted seduction begins. Ultimately, the seduction is thwarted by the arrival of Donna Elvira.

Notice the instrumental voices which seem to hover in the air throughout this hypnotic scene. At one point, Mozart pairs the solo flute with Giovanni’s baritone and the bassoon with Zerlina’s soprano voice. The final bars transform into a breezy country dance.

Here is a recording featuring Cecilia Bartoli and Bryn Terfel:

Here is a performance of the entire scene with English subtitles, featuring Rodney Gilfry and Liliana Nikiteanu:

Perhaps no composer used the seductive physical power of music with the intensity and range of Mozart. The flesh is corrupt and corrupting. Behind Kierkegaard’s essay on Don Giovanni stands the idea that music is a sin: it seems fundamentally sound that he should have chosen Mozart as the most sinful composer of all. What is most extraordinary about Mozart’s style is the combination of physical delight – a sensuous play of sonority, an indulgence in the most luscious harmonic sequences – with a purity and economy of line and form that render the seduction all the more efficient.

A Melody Ripe for Variations

Là ci darem la mano turns into the antithesis of seduction in this scene from The Muppet Show, as Miss Piggy and Link Hogthrob attempt to upstage each other. A number of composers found the melody to be an irresistible vehicle for adventurous variations. At the age of 24, Beethoven composed a set of variations for two oboes and English horn. Here is a performance by Marcel Ponseele and Michel Henry (oboe) and Taka Kitazato (English horn):

Frédéric Chopin was 17 when he wrote Variations on “Là ci darem la mano” for piano and orchestra. Here is Claudio Arrau’s recording with London Philharmonic Orchestra, conducted by Eliahu Inbal:

Franz Liszt’s 1841 Réminiscences de Don Juan, an opera fantasy for solo piano, pulls together many prominent themes from Mozart’s opera to deliver electrifying virtuosity. In 1918, Ferruccio Busoni wrote that the work carries “an almost symbolic significance as the highest point of pianism.” In addition to a development of the Là ci darem la mano theme (beginning at 4:24), Liszt ventures into the ghostly terror of the Don Giovanni‘s graveyard scene. Mozart’s ominous rising and falling chromatic scales rumble with new, terrifying ferocity.

Here is a recording by the Japanese pianist, Hiromi Okada: