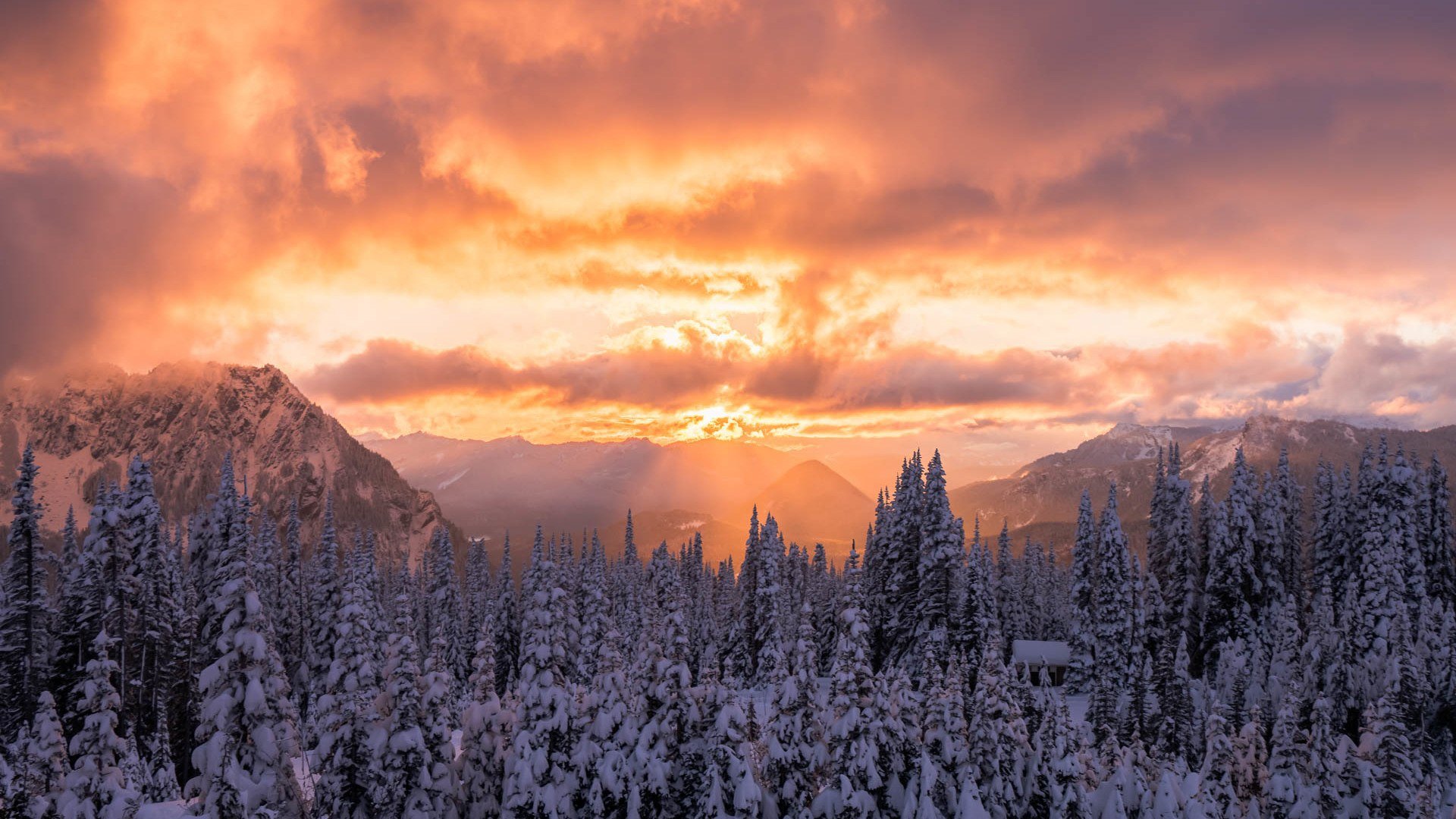 Alan Hovhaness’ Symphony No. 6, “Celestial Gate” is modest by some measures. The work, composed in 1959, is scored for a chamber orchestra. It unfolds in a single movement which lasts just over twenty minutes. Yet once we move beyond this finite formal “container,” we enter a musical space which feels infinitely vast and timeless. Perhaps this is the serene, mystical, and ambient world on the other side of the “Celestial Gate” of Hovhaness’ poetic subtitle.

Hovhaness, an American composer of Scottish-Armenian heritage, was one of the twentieth century’s greatest musical mavericks. During the 1930s and 40s, the young Alan Hovhaness famously destroyed many of his earlier scores and set out on a new path far removed from the prevailing serialism and atonality of the time. (The Estonian composer Arvo Pärt similarly rejected the prevailing winds some twenty years later). Hovhaness’ new music gave rise to surprising and disparate elements. Armenian modes blended with meditative chorales and the sounds of Asia and the Middle East. Perhaps origins of minimalism can be found in these expansive, continuously unfolding sonic vistas.

Around the time the Sixth Symphony was written, Hovhaness was deeply inspired by the work of the Greek mystic painter, Hermon di Giovanno. The composer’s association with di Giovanno opened the door to the ancient, exotic traditions of Greece, Egypt, and India. Hovhaness described di Giovanno as “my spiritual teacher who opened the gate to the spiritual dimension.”

Symphony No. 6 emerges out of primordial darkness with an open fifth drone, softly bubbling pizzicati, and the wandering, forlorn voice of the solo bassoon. A quiet walking bass line in the depths of the orchestra feels disconnected, like the rumbling footsteps of some far-distant giant. The clarinet initiates a hauntingly beautiful, plaintive melody which returns as a persistent presence throughout the Symphony. Soon, the opening fragment of this modal theme becomes the subject for a majestic fugue. At moments, the forward motion of the Symphony is halted by the ghostly, “free rhythm” murmurs in the strings. The solitary voice of the trumpet rises over a warm chorale in the strings. In the final bars, the strings float upwards, evaporating into softly shimmering, angelic light.

Alan Hovhaness’ Sixth Symphony is not a linear journey. Instead, it ushers us into a limitless cosmic expanse filled with mystery and serene grandeur. Often, its musical lines emerge as a deeply meditative, eternally flowing chant. There is no need to move towards a far-off musical goal because we are already there.