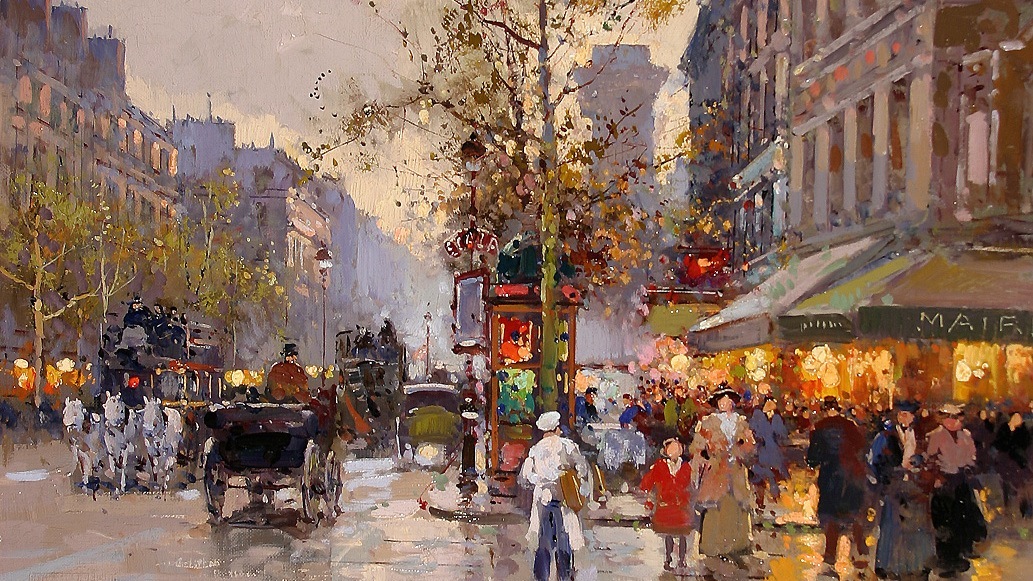 “Wagnermania” swept through Paris in the 1880s.

In the years following Wagner’s death in 1883, his influence loomed large among French artists, writers, and composers, fueling a powerful intellectual and artistic movement. French composers made pilgrimages to Bayreuth to hear Wagner’s operas and wrote vivid accounts of their transcendental experiences. Camille Saint-Saëns, who founded the Société Nationale de Musique in 1871 with the purpose of promoting French instrumental music, observed with more than a hint of irony that

People who were incapable of playing the easiest thing on the piano and who did not know a word of German spent whole evenings working through the most difficult scores in the world … Wagner had invented everything; no music at all existed before him and none could exist after.

A counterbalance to the Wagner hysteria can be heard in Saint-Saëns Piano Trio No 2 in E minor, completed in the spring of 1892. It’s music which is filled with sparkling, pristine lines and a lightness and elegance that is distinctly French. Its brushstrokes are clear and direct, unlocking a world of shimmering color. Its five movements give the work a sense of balance and proportion.

A feeling of melancholy and intense foreboding pervade the opening of the first movement (Allegro non troppo). The violin and cello engage in a quietly ominous dialogue amid the piano’s arpeggiated waves. As the music progresses, storm clouds dissipate. We find ourselves in a bright landscape of dancing rhythms and exhilarating forward motion. Notice the torrent of running notes in the piano (1:40) which leap with a playful, childlike exuberance. The development section unleashes turbulent passion and irrepressible energy. But listen to the way we float into the most beautiful, celestial sea with a serene remembrance of the second theme (4:04).

The second movement (Allegretto) is a playful and adventurous romp which skips along in an irregular, yet graceful, 5/8 time. Following dizzying virtuosity, the final bars drift off into a sultry dance which some commentators have compared to a habanera.

In the third movement (Andante con moto), a dreamy and nostalgic conversation unfolds between the three instruments. Amid restless, searching harmony, each statement arrives at a new, unexpected place without finding a definitive resolution. The open fourth voicing in the opening chords suggests a hazy, ephemeral exoticism.

The fleeting fourth movement (Grazioso, poco allegro) brings another splash of sunshine. Saint-Saëns’ contemporary, the composer Charles Lecocq, described this movement as “the child of the household who pops out to show the tip of his pink snub nose. We would like to chase him away, but he is so sweet that we end up listening to him while patting his head.”

The final movement (Allegro) brings a jubilant explosion of counterpoint with a canonic fugue. In this music, we get a sense of Saint-Saëns the organist. The coda surges toward a breathless conclusion, briefly obscuring our sense of rhythmic meter.

I am working quietly away at a Trio which I hope will drive to despair all those unlucky enough to hear it. I shall need the whole summer to perpetrate this atrocity; one must have a little fun somehow.

-an excerpt from a letter, written by Saint-Saëns in the spring of 1892 during the composition of Piano Trio No. 2