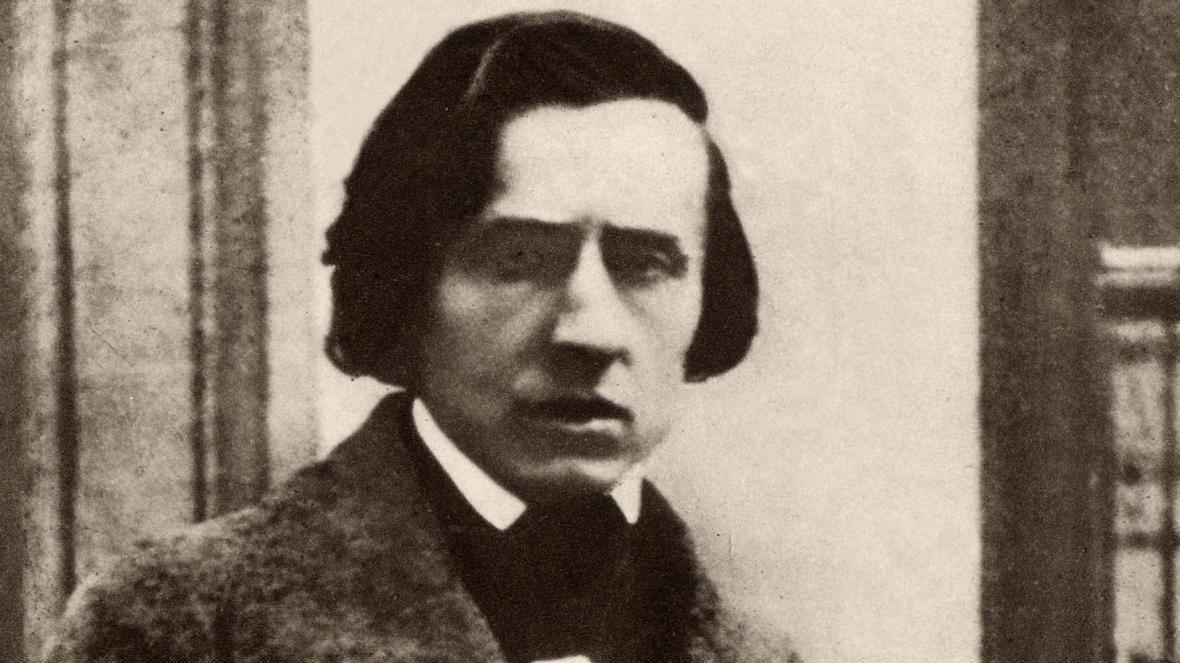 In the early nineteenth century, the title carried literary connotations. In his Henle forward, the musicologist Norbert Müllemann defined the folk ballade as “a strophically-constructed poem that described a dramatic, often also a demonic or mystical scenario within a comparatively restricted frame.” Robert Schumann suggested that Chopin was influenced by the work of the Polish Romantic poet, Adam Mickiewicz. As with Chopin, Mickiewicz fled political upheaval in Poland and emigrated to Paris.

While Chopin’s four Ballades are filled with a sense of narrative, they do not tell stories in the literal sense. Unfolding as wordless poetic dramas, they inhabit the world of atmosphere and dreams. The epitome of Romanticism, they take us on a deep, hallucinatory inner journey. Each of the four works inhabits a slightly different musical landscape. The lilting meters of 6/8 and 6/4 (in the first Ballade) are a common thread, suggesting the kind of narrative song we hear in this example by Schubert.

The Ballade No. 1 in G minor, Op. 23 was published in 1836. It begins with a bold, ascending musical announcement which falls back and dissolves into shadowy harmonic ambiguity. This opens the door to the quietly melancholy first theme in G minor, rising over an ominous 6/4 heartbeat. What follows is a continuous dramatic stream, shifting and changing with the ephemeral quality of dream images. All of this feverish passion fades into something akin to distant tolling bells (3:15), out of which emerges, suddenly, a sensuous and nostalgic second theme in E-flat major. The ferocious coda (Presto con fuoco) unleashes a terrifying, demonic power.

Chopin dedicated Ballade No. 2 in F Major, Op. 38 (published in 1840) to Robert Schumann. Its sotto voce opening theme suggests a serene dignity that we hear occasionally throughout Schumann’s music. The unsettling split personality of this ballade is revealed in the sudden, snarling and tumultuous second theme. The musicologist Mieczysław Tomaszewski notes that as these wildly contrasting themes collide, the opening “idyllic siciliana is deformed or ‘transformed’ – a procedure that is characteristic of Chopin’s Ballades.”

Ballade No. 3 in A-flat Major, Op. 47 (published in 1841) unfolds in a symmetrical arch structure (ABCBA, followed by a coda), and is the sunniest of the four Ballades. The second theme springs to life as a charming and carefree dance.

Ballade No. 4 in F minor, Op. 52 was published in 1843. The English pianist, John Ogdon called it, “the most exalted, intense and sublimely powerful of all Chopin’s compositions…It is unbelievable that it lasts only twelve minutes, for it contains the experience of a lifetime.” Listening to the opening bars, you might get the sense that the music began at some earlier point, but is only now audible. The haunting first theme moves restlessly from minor to major, modulating, and returning with obsessive persistence to an aching harmonic tension. The Fourth Ballade offers rich contrapuntal adventures. The first theme develops through a series of variations and ever more complex embellishments. In one passage, a ghostly canon (32:15) slithers with ear-stretching chromaticism. A coda filled with virtuosic fireworks brings the Fourth Ballade to an exhilarating conclusion.