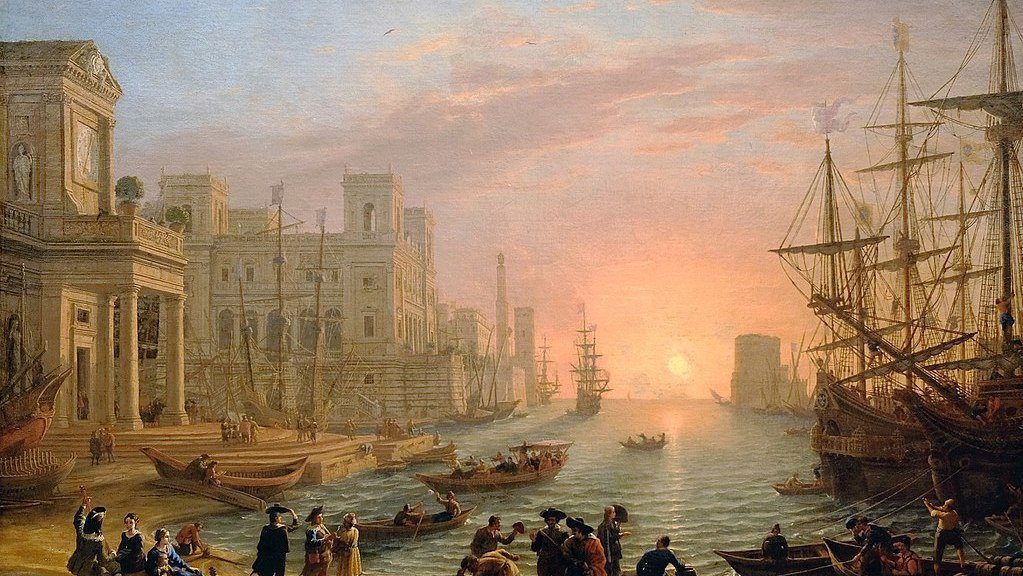 Regarding the dreamy and sensuous Voyage for Flute and String Orchestra, the American composer John Corigliano (b. 1938) writes,

Voyage for flute and string orchestra (1983) is an instrumental version of a 1971 a cappella choral work that was a setting of Richard Wilbur’s translation of Baudelaire’s famous L’Invitation au voyage. Wilbur’s poignant setting pictures a world of obsessive imagination — a drugged version of heaven full of sensual imagery. The music echoes the quality of the repeated refrain found in this lush translation: “There, there is nothing else but grace and measure, richness, quietness and pleasure.

Corigliano’s brief Voyage is filled with the atmosphere of Charles Baudelaire’s shimmering 1857 poem. Yet, as a purely instrumental work, the piece seems to have found its true voice. The composer once said, “If I have my own style, I’m not aware of it.” In his 1991 opera, The Ghosts of Versailles, aftertones of Mozart and Rossini float into a late twentieth century soundscape. While drifting into new waters, Voyage contains echoes of the music of Vaughan Williams and Barber.

Here is James Galway’s 1987 recording with David Effron and the Eastman Philharmonia:

When heard in its earlier incarnation for string orchestra alone, Voyage offers a slightly different but equally rewarding experience. This 2018 performance features the Boston-based chamber orchestra, A Far Cry: