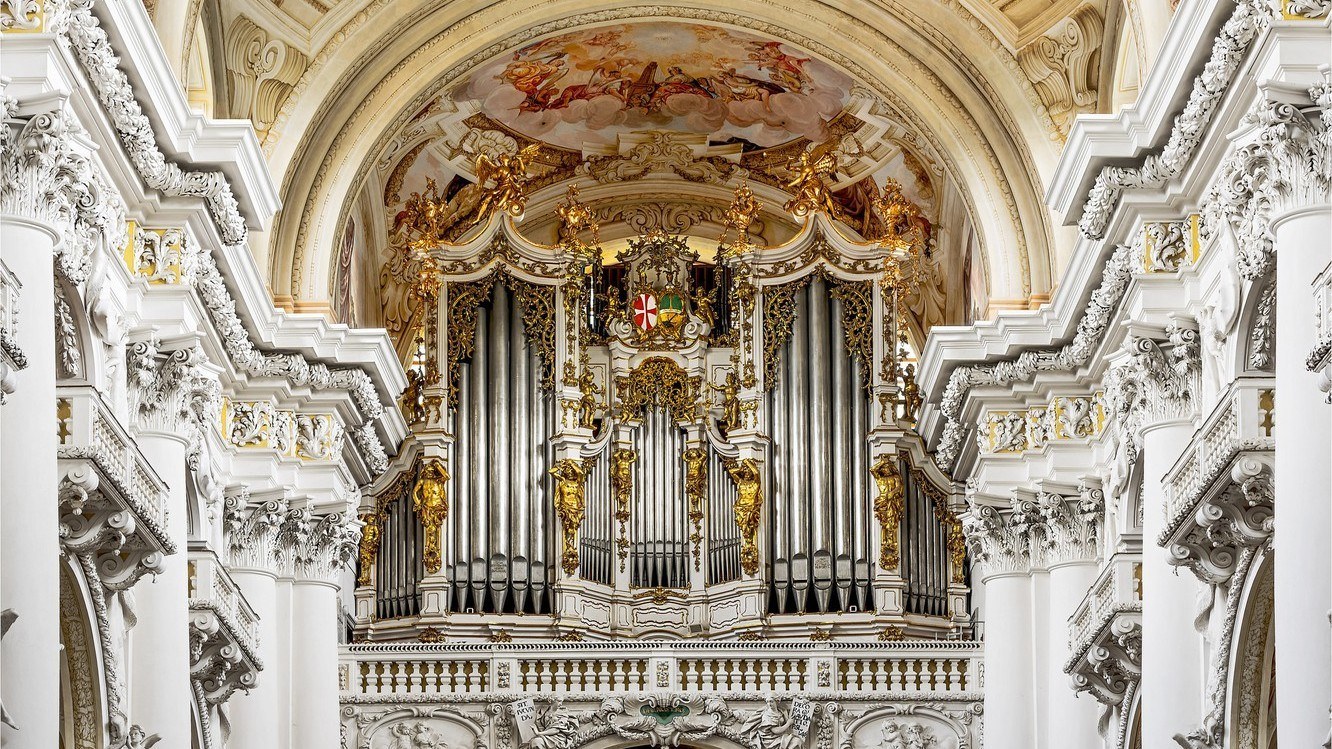 Each of Anton Bruckner’s nine symphonies can be heard as a reflection of the divine.

Bruckner seems to have approached composition with the tireless discipline, devotion, and humility that he brought to his steadfast Catholic faith. Each of his symphonies sets out on the same expansive and meditative journey, reveling in awesome, cosmic Powers, haunting mystery, and an ultimate sense of serene majesty.

The Te Deum, completed in 1884, compliments Bruckner’s symphonic output as an ecstatic punctuation mark. It stands as the composer’s most overtly joyful hymn of praise and thanksgiving. Some commentators have proposed that the Te Deum could serve as a “finale” for unfinished Ninth Symphony. Yet, in a way similar to Beethoven’s Ninth Symphony and Missa solemnis, these monumental pieces inhabit different worlds. Bruckner, who singled out this work as “the pride of his life” is said to have made the following statement:

When the Almighty finally calls me to Him and asks: ‘Where are the talents that I gave you?,’ then I will proffer the roll of sheet music containing my Te Deum, and He will judge me mercifully.

Gustav Mahler summed up the cosmic nature of this music when, on his copy of the score, he crossed out the printed words, “für Chor, Soli und Orchester, Orgel ad libitum” (for choir, solos and orchestra, organ ad libitum)” and wrote “für Engelzungen, Gottsucher, gequälte Herzen und im Feuer gereinigte Seelen!” (for the tongues of angels, heaven-blest, chastened hearts, and souls purified in the fire!).

The Te Deum is divided into five sections which form a mighty arch. The sections are unified by common thematic threads. Harmonically, the work moves from the purity of C major into the shadows of F and D minor before returning to the blazing sunlight. From the first bars, wide open fifths suggest titanic forces which are eternal and fundamental. This music provides a direct path back to the ancient, meditative stasis of Gregorian Chant. Massive sonic building blocks form a “cathedral of sound.”

In the second section, the tenor solo enters into a gentle dialogue with the solo violin. The third section unleashes the apocalyptic furry of D minor, anticipating the ghostly landscape of the Ninth Symphony. Around the 15:41 mark, listen to the way shivering terror fades into the serene, pastoral lament of the oboe, accompanying repetitions of “in aeternum” (forever).

In the final section, the unified wall of sound which dominates earlier passages breaks into a celestial double fugue. In the final moments, we hear a quote of the soaring chorale which forms the climax of Bruckner’s Seventh Symphony. (The two works were sketched almost contemporaneously). The Te Deum concludes with exalted, celebratory fanfares which proclaim the ultimate thanksgiving.

Here is an English translation of the Latin text:

We praise you, O God,
we acknowledge you to be the Lord. You, the Father everlasting,
all the earth worships.
To you all the angels,
to you the heavens, and all the powers, to you the Cherubim and Seraphim cry out without ceasing:
Holy, holy, holy Lord,
God of hosts.
Heaven and earth are full
of the majesty of your glory.
You, the glorious choir of the apostles, You, the admirable company of the prophets,
You, the white-robed army of martyrs praise You, the holy church
throughout the world confesses:
The Father of incomprehensible majesty;
the venerable, true, and only Son,
and the Holy Ghost, the Paraclete.
You, O Christ, are the king of glory!
You are the everlasting Son of the Father. You, having taken upon yourself to deliver man,
did not disdain the Virgin’s womb.
You, having overcome the sting of death, have opened to believers the kingdom
of heaven.
You sit at the right hand of God,
in the glory of the Father.
You, we believe, are the judge to come.

We beseech you, therefore, to help your servants,
whom you have redeemed with your precious Blood.

Make them be numbered with your saints
in glory everlasting.

O Lord, save your people,
and bless your inheritance.
And govern them, and exalt them for ever.
Day by day we bless you.
And we praise your name for ever;
yes, for ever and ever.
Grant, O Lord, this day,
to keep us without sin.
Have mercy on us, O Lord,
have mercy on us!
Let your mercy, O Lord, be upon us,
as we have trusted in you.

In you, O Lord, have I trusted:
let me not be confounded for ever.

Featured Image: the interior of St. Florian Monastery in Upper Austria where Bruckner was organist

1 thought on “Bruckner’s Te Deum: A Hymn of Praise”