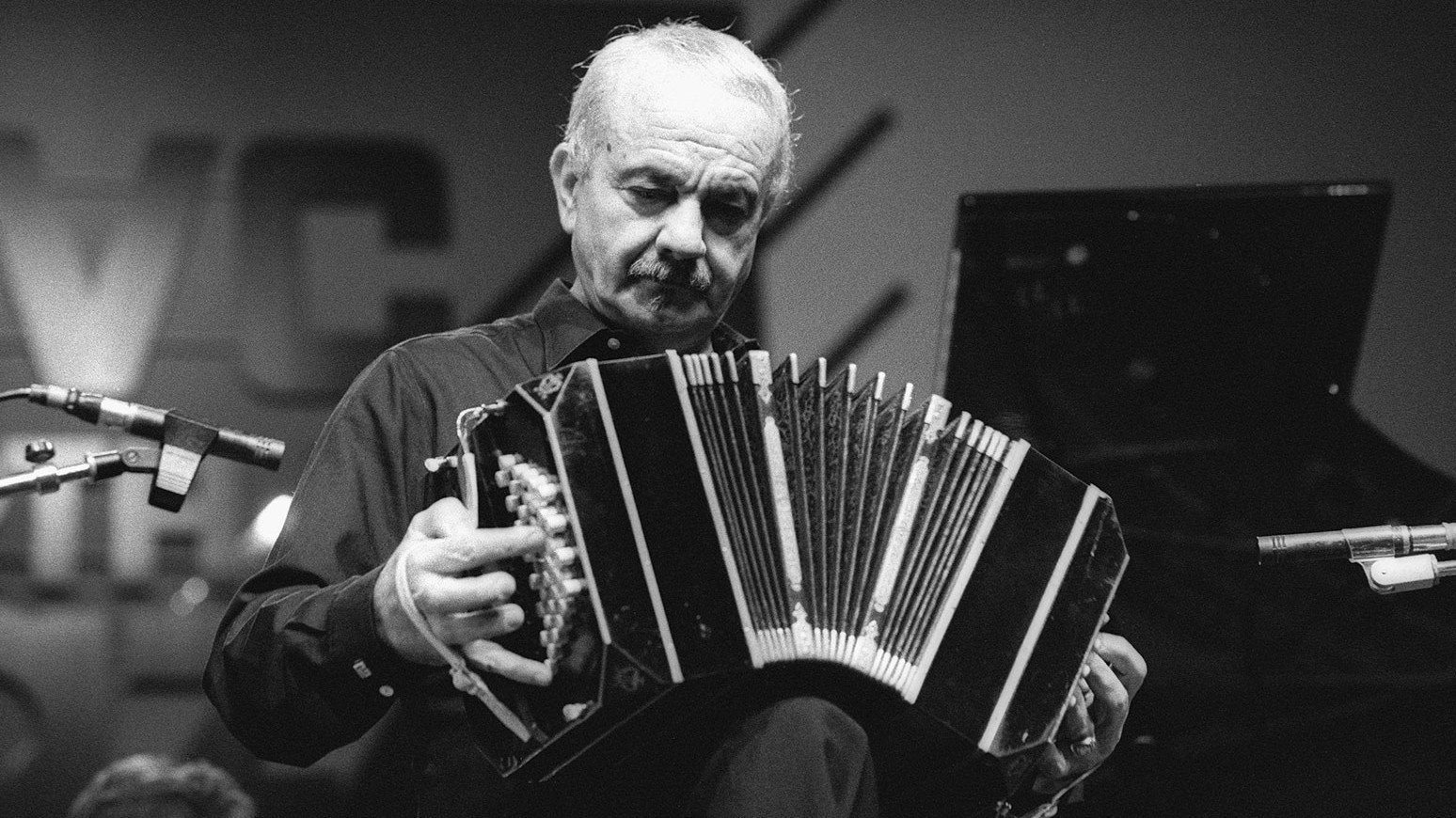 This month marks the 100th anniversary of the birth of Astor Piazzolla (1921-1992), the Argentine tango composer and virtuoso bandoneon player.

The tango, a seductive dance made up of African, Native American, and European cultural influences, originated in the 1880s in the impoverished districts of Buenos Aires and Montevideo. Similarly, Piazzolla’s music simmers in a rich melting pot which blends sultry tango rhythms with jazz and classical elements. Piazzolla played a major role in the development of the so called tango nuevo which celebrates this stylistic fusion.

The young Astor Piazzolla tried to suppress his tango roots and focus on concert music. He studied with the legendary Nadia Boulanger in Paris. In his memoir, Piazzolla recounts Boulanger’s efforts to unlock her student’s authentic voice:

She (Nadia Boulanger) kept asking: “You say that you are not pianist. What instrument do you play, then?” And I didn’t want to tell her that I was a bandoneón player, because I thought, “Then she will throw me from the fourth floor.” Finally, I confessed and she asked me to play some bars of a tango of my own. She suddenly opened her eyes, took my hand and told me: “You idiot, that’s Piazzolla!” And I took all the music I composed, ten years of my life, and sent it to hell in two seconds…

Astor Piazzolla wrote Le Grand Tango in 1983 for Mstislav Rostropovich. The piece unfolds as a single movement divided into three sections. The opening Tempo di tango plunges us into a vigorous dance, punctuated by the heavily accentuated  3+3+2 groupings of the milonga. The second section, “libero e cantabile” (“free and singing”), drifts into a passionate dialogue between the cello and piano, filled with quiet intimacy and repose. The final section, “giocoso” (“humorous”), erupts with a boisterous and good-natured swagger.

This recording is an excerpt from Yo-Yo Ma’s Grammy Award-winning 1997 album, Soul of the Tango. On the recording, Ma collaborated with musicians who worked closely with Piazzolla.

The haunting and atmospheric Oblivion was written in 1982 and used in the soundtrack of Mario Bellocchio’s film, Enricho IV. This performance, featuring violinist Gidon Kremer, comes from the 1996 album, Hommage A Piazzolla:

For me, tango was always for the ear rather than the feet.

Tango is not just about dancing. It is a music of deep undercurrents. Because of what Argentina went through as a country, tango has become the soul of Argentina. Music is always one way people can speak when they aren’t allowed to express themselves otherwise. And Piazzolla’s tangos have the great strength of true voice…. Piazzolla’s music is endlessly passionate—full of yearning—and at the same time tremendously contemporary. There’s a quote to the effect that Piazzolla is the Ellington of Argentina, and in a way it’s true. He actually took the tango to another level by inhabiting his music. The music grew in him, and he adeptly incorporated the influences of his surroundings—whether from New York, Paris, or Buenos Aires. During the almost forty years he worked on his music, Astor Piazzolla tried many different variations—even tried an electronic ensemble! Because of this experimentation, and also his ingenuity, focus, and hard work, his music has many levels of expression and a tremendous depth. His is a truly successful synthesis of the tango and the contemporary.