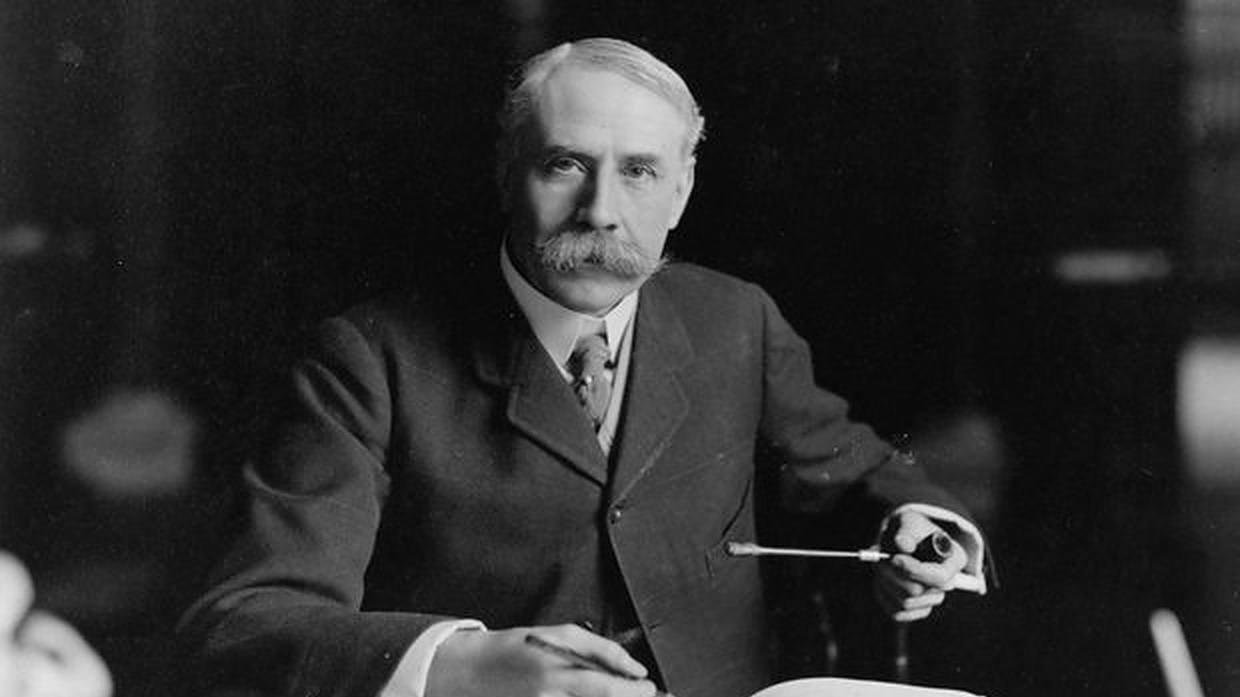 Two worlds collide in the music of Sir Edward Elgar.

Outwardly, there is heroism and swashbuckling adventure, tempered with a distinctly English sense of regal majesty. This is the composer of the brilliant tone poem, In the South, and the stately Pomp and Circumstance Marches. Yet, as this facade melts away, an intensely intimate inner world emerges in much of Elgar’s music. These moments are sometimes slightly unsettling, filled with haunting mystery, tenderness, nostalgia, and a lingering melancholy.

We encounter all of this in Elgar’s Violin Concerto in B minor, Op. 61, completed in 1910. The work is scored for an enormous orchestra, which includes contrabassoon, trombones, and tuba. Yet, throughout the Concerto, we are drawn into the most intimate dreamscape.

Elgar first attempted to write a violin concerto around 1890, but he ended up destroying the sketches. In the years that followed, new ideas germinated. By 1906, the great violinist Fritz Kreisler encouraged the composer, saying,

If you want to know whom I consider to be the greatest living composer, I say without hesitation, Elgar. Russia, Scandinavia, my own Fatherland, or any other nation can produce nothing like him.…I wish Elgar would write something for the violin. He could do so, and it would certainly be something effective.

Kreisler gave the premiere with the the London Symphony Orchestra on November 10, 1910. He performed the Concerto extensively, but never recorded it. An extraordinary recording by the sixteen-year-old Yehudi Menuhin was released in 1932.

Along with a dedication to Kreisler, the score contains a deeply personal inscription: Aquí está encerrada el alma de….. (“Herein is enshrined the soul of…..”). The riddle in five dots, reminiscent of Elgar’s Enigma Variations, remains unsolved. It could refer to one person, such as the composer’s muse, Alice Stuart-Wortley, or a series of people. As the music unfolds, the enigma and its possible biographical references become insignificant. Elgar’s Concerto ventures into an inner world that transcends the literal.

The first movement begins with an expansive orchestral introduction which introduces six related themes. The music develops in short thematic bursts, with each idea growing out of the last. This is the turbulent, adventurous Elgar. The solo violin emerges suddenly, transporting us to an intimate new world. Elgar biographer Michael Kennedy calls this “one of the most effective and haunting entries by the solo instrument to be found in any concerto.” Later, the second subject, introduced briefly by the clarinet in the introduction, drifts off into quiet longing and nostalgia.

The second movement is set in harmonically distant B-flat major. Its simple and serene melody initiates a dramatic journey filled with moments of searing intensity. There is an underlying sense of lament in this music which remains in the sensuous final bars.

The final movement begins with a sense of shimmering magic and daredevil virtuosity. Soon we arrive at one of the movement’s most jubilant motifs, ringing out in a downward stepping sequence (0:51). At moments, Elgar seems to be paying exuberant homage to great violin concertos which came before, from Brahms to Bruch. At first, the music seems to be tumbling forward towards a heroic and conventional resolution. Then, suddenly, all of the forward motion dissipates and we return to the haunting and melancholy inner world. The violin line floats into a dreamy cadenza—not the usual solo cadenza, but one in which the instrumental voices of the orchestra remain as poignant participants. Themes from earlier in the Concerto emerge and break off with a sense of quiet, wistful nostalgia. The English commentator H.C. Colles wrote, “Elgar dwells on his themes as though he could not bear to say good-bye to them, lest he should lose the soul enshrined therein.” Following this musical farewell, the final bars are celebratory and regal, concluding with a triumphant restatement of the first movement’s opening four notes in the horns, transformed to major.