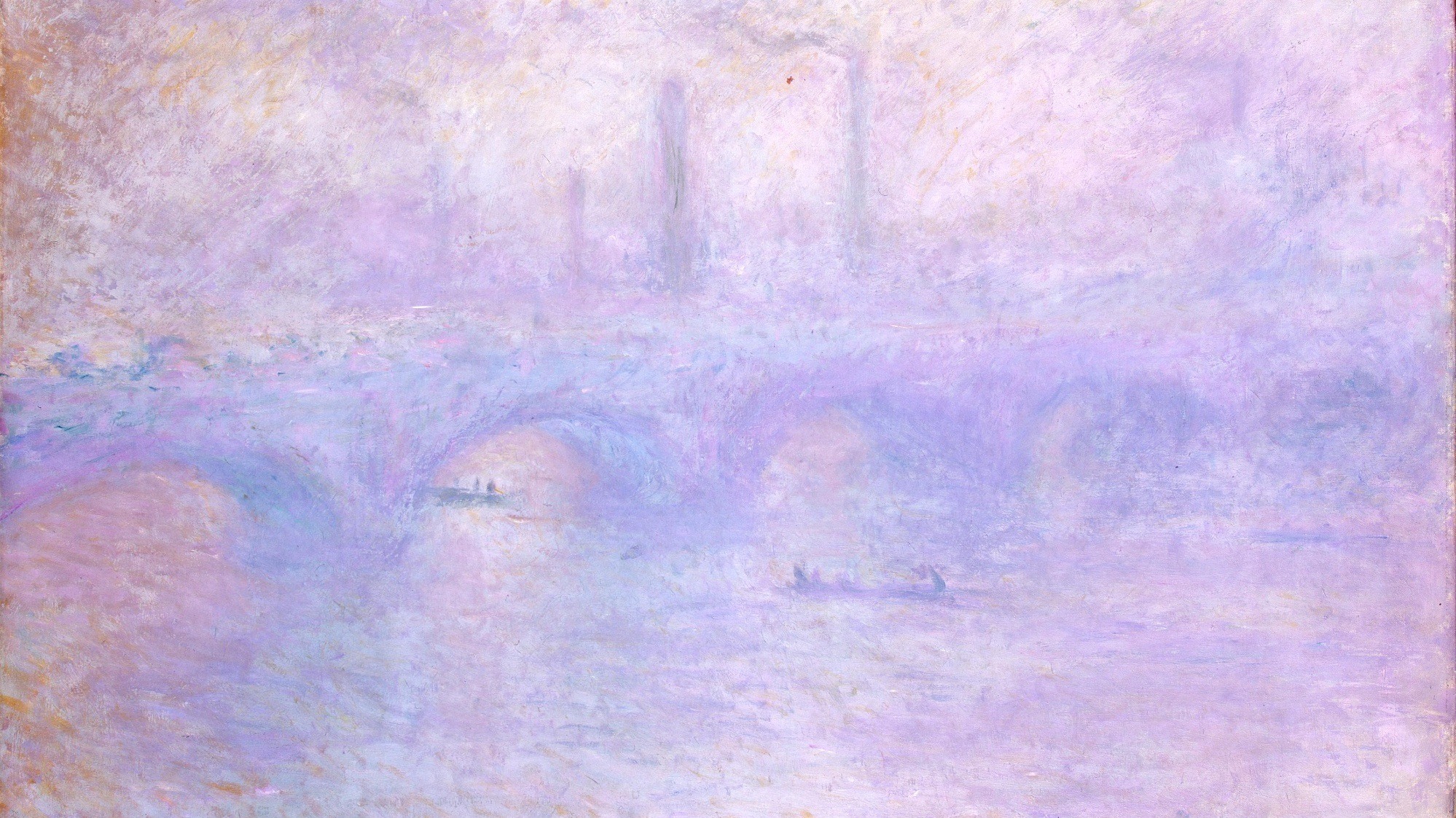 On Wednesday, we explored Richard Strauss’ Also sprach Zarathustra, a piece which ends, unresolved, in two radically unrelated keys (C and B). When the brash, outspoken Claude Debussy heard another Strauss tone poem, Till Eulenspiegel, he compared it to “an hour of original music in a lunatic asylum.” Yet, in the early years of the twentieth century, Debussy pushed the dense chromaticism of Strauss and Wagner into even more adventurous harmonic territory.

We enter this hazy new world in Brouillards (“Mists” or “Fog”), which opens the second book of Debussy’s solo piano Préludes, completed in 1913. In the first bars, the left hand hovers around “white key” C major while opposing “black key” E-flat minor arpeggios emerge in the left hand. As with Strauss’ Zarathustra, the clarity of C major becomes shrouded in fog. However, here distinct keys melt away into mere tonal regions. This fluidity of tonal centers has been labeled pan-tonality. The final moments of Strauss’ tone poem set up a harmonic duel between two distinct opposing keys. In Brouillards, there are moments of polytonality, in which two simultaneous keys blend together to form something new. The result is a sensuous musical dreamscape which makes us forget about where we are going. Instead, we drift from moment to moment.

In his analysis of the piece, Debussy’s friend Robert Schmitz writes,

Many are the combinations, successive and simultaneous, of this plurality of keys, in constant friction, never resolved—like fog the harmonic texture is in constant evolution, but recognizes no beginning or ending.